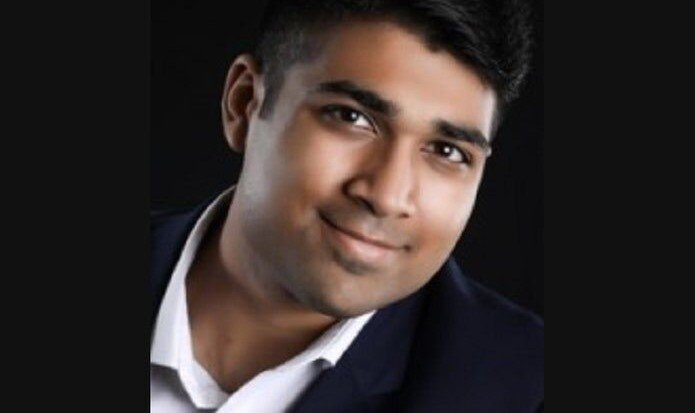 Twenty-one-year-old Jeet Patel, who was a cadet at Norwich University, a private military college in Vermont, died suddenly March 28. (photo via Beecher and Bennett Funeral Home)

Jeet Patel, of Wallingford, Connecticut, was in his junior year at Norwich University, the oldest private military college in the U.S., where he was majoring in criminal justice.

“Our hearts are broken by the untimely death of our beloved student, Jeet Patel, who died suddenly and unexpectedly this morning,” Norwich University president Mark C. Anarumo wrote in a message to the school community, according to patch.com. “We ask for privacy and respect for our community and for Jeet’s family, as we mourn this tremendous loss and work to understand the cause. Our deepest sympathy goes out to Jeet’s family, friends and professors.”

According to Daphne Larkin, director of media and community affairs for Norwich, reported myrecordjournal.com, the cause of Patel’s death is under investigation by the medical examiner’s office. She noted it did not occur on the college campus.

Patel was remembered as a hard worker and model student at Sheehan and Norwich.

“Jeet was a successful thrower on the Track & Field Team, a great student, an accomplished musician, and a better person. Condolences to the Patel family from your Titan family,” Sheehan Athletics wrote in a post on Twitter.

Frank Vanecek, vice president of student affairs at Norwich, said Patel was highly thought of by the commandant staff, noting that he was going to serve as company commander for Band Company next year, according to the report.

“The commandant has to have complete confidence in that student in terms of ethics, ability to lead, to do the right thing,” myrecordjournal.com quoted Vanecek as saying. “Additionally, he was a very good academic student and in my estimation was a great image of a Norwich student. He wasn’t boisterous, he was quiet. He did the job and he did it well, and people noticed.”

“Though Jeet’s life was not long, it was full. He lived a peaceful life brimming with laughter, friendship, and boundless personal and professional accomplishments. He was kind, fun, and self-motivated,” read his obituary. “Jeet was studying criminal justice and cybersecurity at Norwich University in the class of 2022 Corps of Cadets and aspired to become a state police officer in New England. In doing so, he hoped to serve and strengthen the community, which is a goal that perfectly reflects his character.”

It noted that Patel, who was highly dedicated and poured his heart and soul into his work in police cadets and navy cadets, served as the 1st Sergeant of Band Company and played tuba as a member of the Regimental Band.

“Although gone too soon, Jeet has made an everlasting impression on everyone he has met. He will forever reside in our hearts,” it said.

His funeral was held April 1 at Beecher & Bennett Funeral Service in Hamden, Connecticut. Patel is survived by his parents Jay and Shital, brother Yash, his grandparents, uncles, aunts, cousins, and friends.