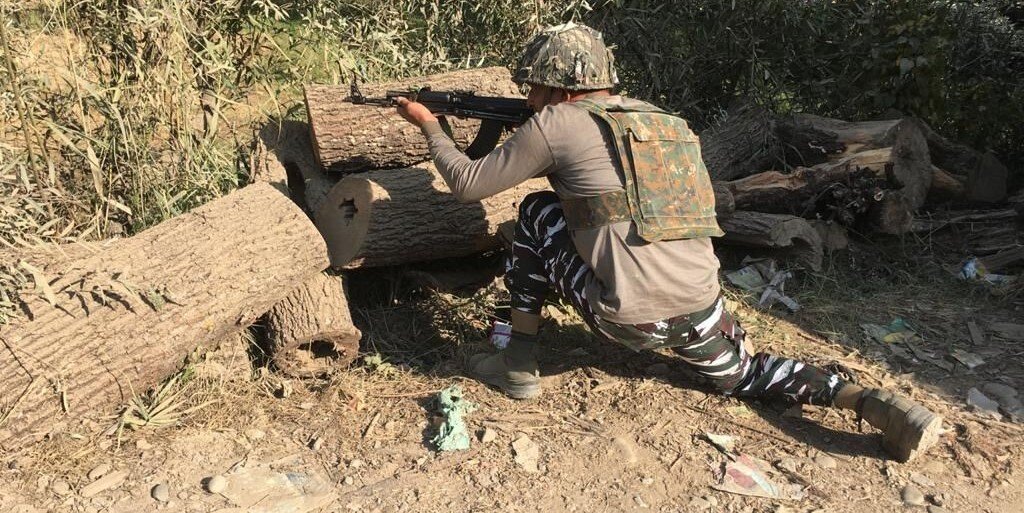 File photo of a soldier taking position during an encounter between terrorists and security forces that started in central Kashmir’s Budgam district on Oct. 16, 2020. (IANS photo)

SRINAGAR – A Jaish-e-Mohammed commander was among two terrorists killed in a gunfight between the terrorists and security forces in the Qasbayar area of South Kashmir’s Pulwama district on Dec. 1, officials said.

The encounter took place after a joint team of the police and the army cordoned off the area and launched a search operation on the basis of specific information about the presence of terrorists.

As the security forces zeroed in on the spot where the terrorists were hiding they came under a heavy volume of fire that triggered the encounter.