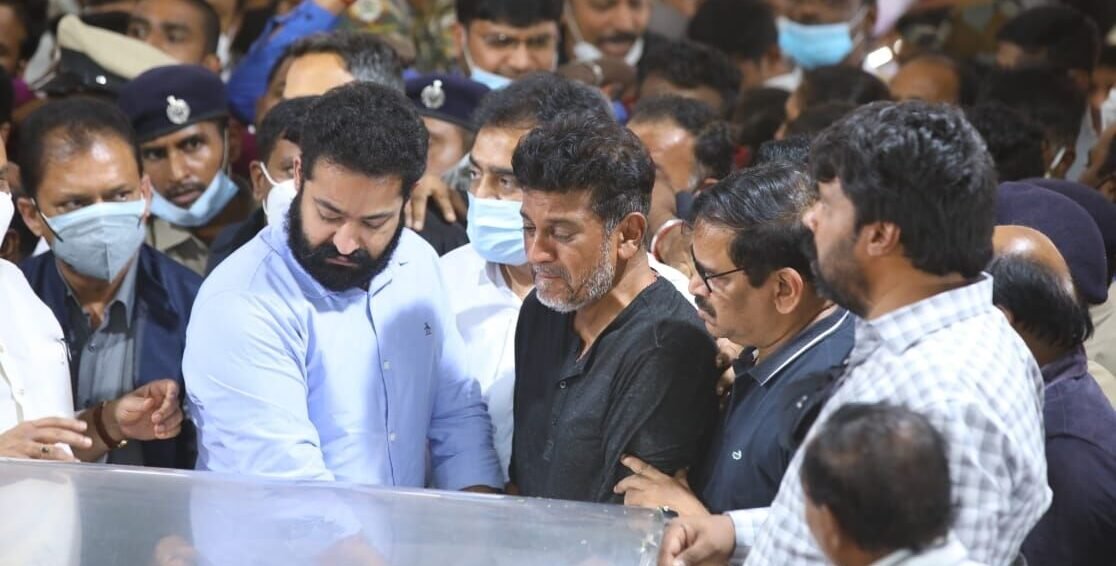 BENGALURU — Kannada actor Puneeth Rajkumar’s passing away has left his family, friends, and fans devastated. Among them was Jr NTR who broke down.

Telugu actors Nandamuri Balakrishna, Jr NTR, Chiranjeevi, Venkatesh, Srikanth, Ali, and many others had flown all the way from Hyderabad to pay their last respects to Puneeth at Bengaluru’s Kanteerava Stadium.

“RRR” actor Jr NTR, who was a close friend of Puneeth, broke down on the occasion.

They both shared a special bond as they frequently time together despite their busy schedules. NTR had also sung a song for his movie.

Balakrishna and choreographer and director Prabhu Deva also appeared devastated, as they paid their final respects. Balakrishna treated Puneeth as his own brother and went to several public meetings together.