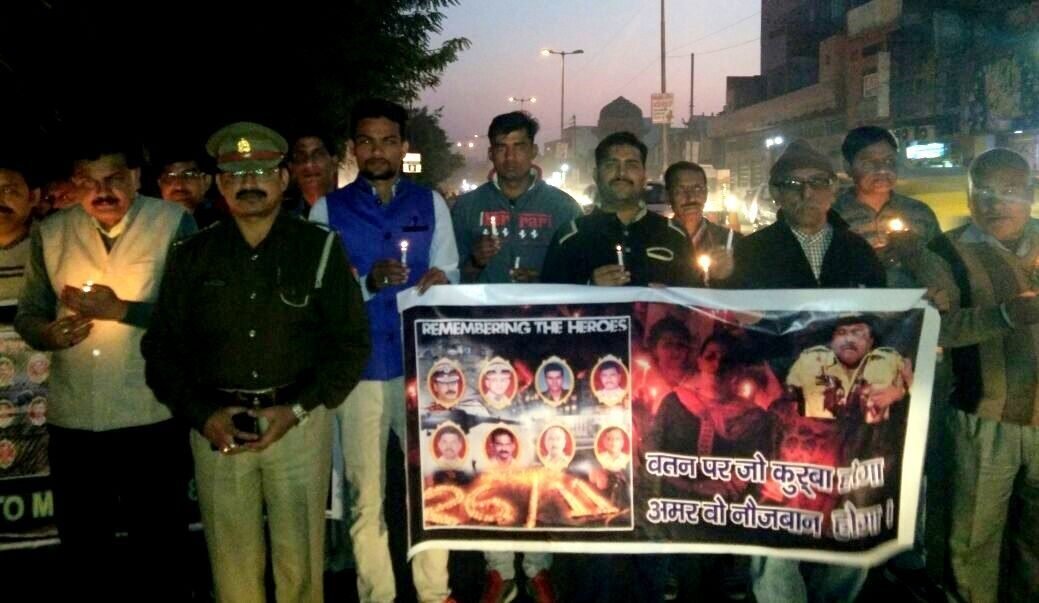 File photo of people paying tribute to the victims of the 26/11 Mumbai terror attacks on its ninth anniversary in Agra in November 2017. (IANS photo)

LOS ANGELES — A former Chicago businessman will remain in the United States as a federal judge in Los Angeles weighs whether he will be extradited to India for his alleged role in the 2008 Mumbai terror attack that killed more than 160 people.

Tahawwur Rana, a Pakistani-born Canadian, is wanted by Indian authorities for his alleged involvement in the deadly attacks that are sometimes referred to as India’s 9/11. An Indian warrant for his arrest was issued in August 2018.

Indian authorities allege that Rana conspired with his childhood friend David Coleman Headley to assist the Pakistani terror group Lashkar-e-Taiba in the orchestration of the 2008 terror attacks in Mumbai that killed 166 people, injured more than 200 and caused $1.5 billion in damage.

Headley and Rana attended military high school in Pakistan together. Rana’s immigration law center in Chicago, as well as a satellite office in Mumbai, was allegedly used as a front for their terrorism activities between 2006 and 2008, prosecutors say.

Rana’s attorneys said their client was not aware of Headley’s terrorism plot and was merely trying to help his childhood friend and set up a Mumbai business office. They also said Headley is a serial liar who has deceived the U.S. government multiple times in several criminal cases, and his testimony should not be viewed as credible. The attorneys alleged that Headley had used Rana to further his terrorism efforts without Rana’s knowledge.

Rana’s two daughters attended the hearing. They declined to comment, as did his lawyers.

Rana wore a white jumpsuit and black glasses, as well as a mask at the hearing. His ankles were shackled.

Only one of the 10 Mumbai terrorists survived the four-day rampage and went on trial. He was convicted, sentenced to death in India and hanged.

In 2011, Rana was convicted in federal court in Illinois of conspiracy to provide material support to terrorism in Denmark for a thwarted plot to attack a Danish newspaper to retaliate for its publication of cartoons that depicted the Prophet Mohamed in 2005. The cartoons angered many Muslims because pictures of the prophet are prohibited in Islam.

U.S. prosecutors, however, failed to prove that Rana had directly supported the Mumbai attacks. Rana’s defense attorneys, in court papers, say because he has been acquitted of the Mumbai-related charges in the U.S., extraditing him to India would be tantamount to double jeopardy.

Rana was sentenced to a 14-year prison term in Denmark-related case, but his punishment was reduced to time served in June 2020 after he claimed he had contracted the coronavirus in a federal California prison, court documents show. He was ordered released but was held on an immigration detainer so he could not return to Canada to avoid the Indian extradition request.

Headley ultimately testified against Rana in the Illinois case after he pleaded guilty to conspiracy to murder. As part of his plea deal, he can’t be extradited to India.