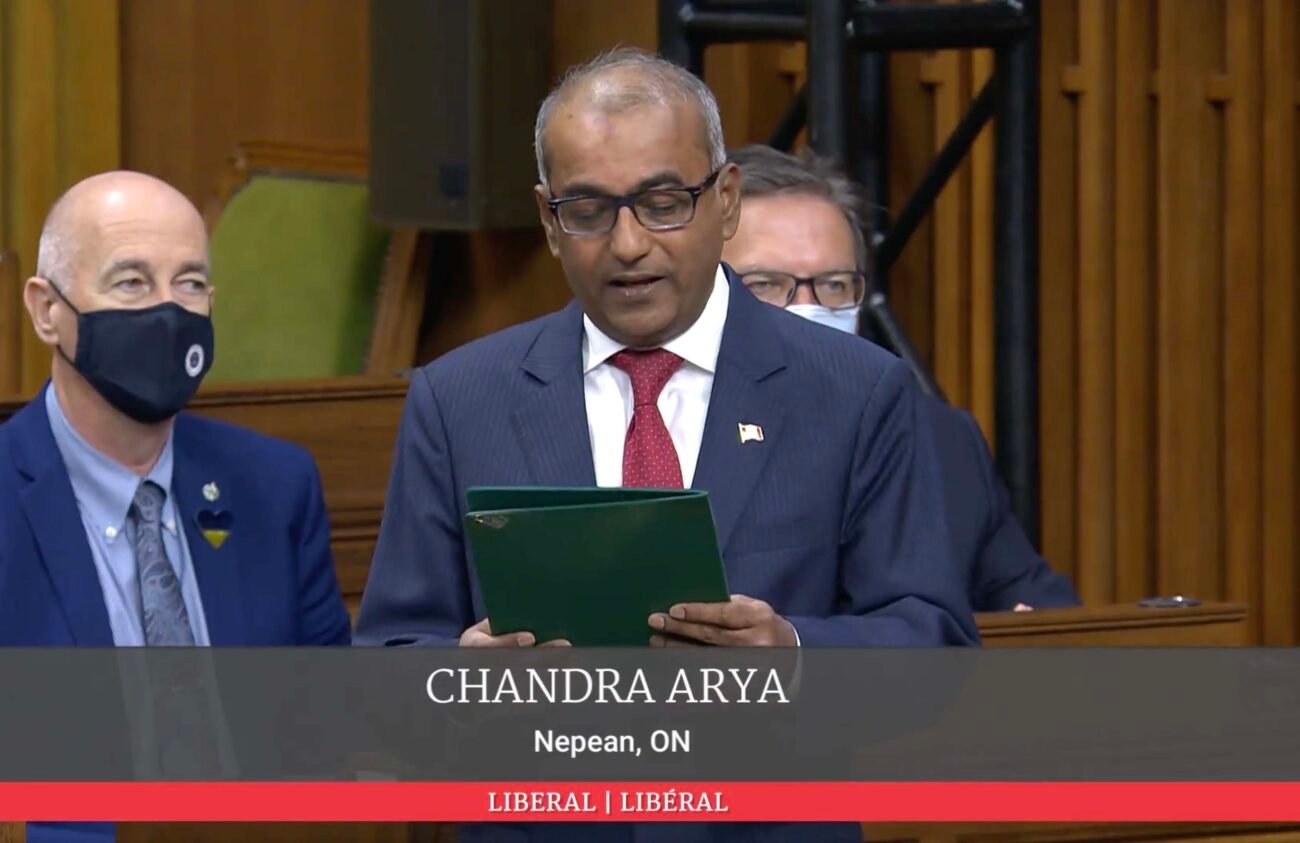 TORONTO, (IANS) – An India-born parliamentarian from Canada, Chandra Arya said on July 6 that anti-Hindu and anti-India forces have joined hands in Canada.

The Canadian parliamentarian, who originally hails from Karnataka, made these remarks in connection with an offensive poster by filmmaker Leena Manimekalai on Hindu goddess Kaali that has created outrage and condemnation throughout the country.

“Painful to see Kaali poster by filmmaker Leena Manimekalai. Past few years, traditional anti-Hindu and anti-India groups in Canada have joined forces resulting in Hindu phobic articles in the media and attacks on our temples,” Chandra Arya stated on his social media handle.

He also said that an apology from the Aga Khan Museum “is welcome and appreciated” in connection with the poster.

The poster shows Hindu goddess Kaali smoking a cigarette. The offensive poster has created outrage in India. Goddess Kaali is revered across India and represents the powerful spirit which finishes off evil.

Chandra Arya earlier made news by delivering Kannada speech in the Canada Parliament. The video had gone viral on social media recently. His gesture of love for the mother-tongue was appreciated and celebrated all over the country.

Chandra Arya had written on Twitter, “I spoke my mother tongue (first language) Kannada in the Canadian parliament. This beautiful language has a long history and is spoken by about 50 million people.

This is the first time Kannada is spoken in any parliament in the world outside of India.”