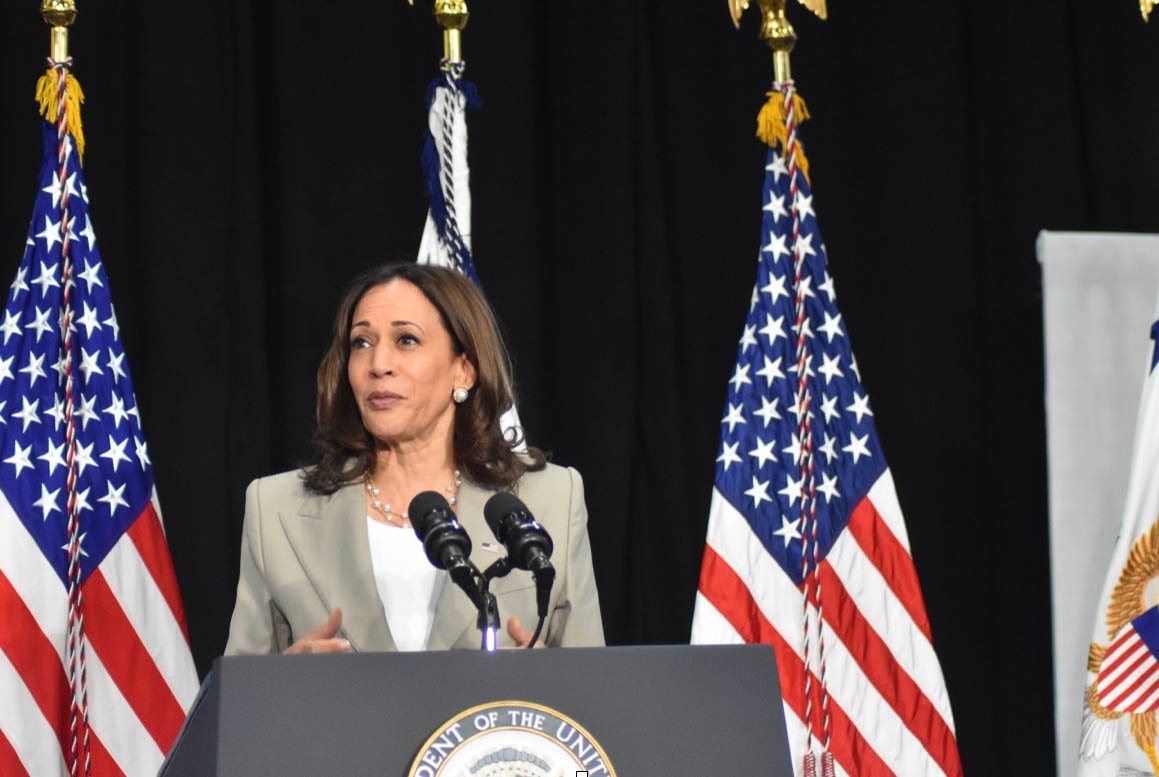 LOS GATOS, CA – Vice President Kamala Harris was in the Bay Area on the last day of June for two Democratic Party fundraisers.

At a private fundraiser at the house of a senior executive of Microsoft, Vice President Kamala Harris spoke about all the work the current White House is doing and the challenges of Ukraine, Roe v. Wade, and upcoming elections.

Speaking about the overturning of Roe v. Wade, the Vice President exclaimed “it knocked the wind out of us that the United States Supreme Court would, for the first time in our nation, in the history of jurisprudence, take a constitutional right that had been recognized and take it away from women.”

Immediately Harris remembered her Chennai born mother, “you know, my mother had two goals in her life: to raise her two daughters and end breast cancer. My mother was a researcher, a scientist. She fought for women’s health her entire life. I grew up, from a young child, listening to her battle to ensure the dignity of women in the healthcare delivery system.”

Harris had advice for the audience, understanding it won’t be permanent, understand we must be vigilant, understand it is the nature of it, and do not despair, do not be overwhelmed, do not give up.

Navneet Chugh, an attorney and a longtime friend and supporter of Harris told India West, “the mid-term elections will dictate if the current Biden-Harris administration will be able to push through their aggressive agenda in the next two years or will two years be wasted in partisanship.” When inquired if Harris will run for president, Chugh responded, “100% yes she will, either in 2024 if Biden chooses not to run or otherwise in 2028.”

Raising money for the Democratic National Committee, Harris said “elections matter, who’s in Congress, if we’re going to get the Women’s Health Act passed, if we’re going to pass voting rights — that matters. State elections matter. Who is governor, who is lieutenant governor, who is attorney general, who is secretary of state — that matters. Local elections matter. In these states that are talking about criminalizing women and their care providers, who is DA matters; who is sheriff matters; who is mayor who appoints the police chief matters,” and added, “So we got a lot of work to do.”

Harris went over all the accomplishments of her administration, “we stand for a childcare tax cut that we got passed in the ARP, the American Rescue Plan, which is an $8,000 tax cut to help families pay for school supplies and medication for their children. We stand for building up infrastructure, which is why we got the first, in generations, Bipartisan Infrastructure Law passed. We got extreme amount of funding put in on the issue of high-speed Internet. We have the first black woman Justice Ketanji Brown Jackson sitting in the Supreme Court.”

Harris was full of praise for her boss, “because if President Joe Biden weren’t there, I promise you — because I have witnessed it — I do not believe NATO would have come together as it did, that we would have been able to convene the EU, as we did, to make a statement about a collective priority around international norms and rules that must be maintained, including the international rule and norm of sovereignty and territorial integrity that no nation can use violence to change the borders and invade another country.”