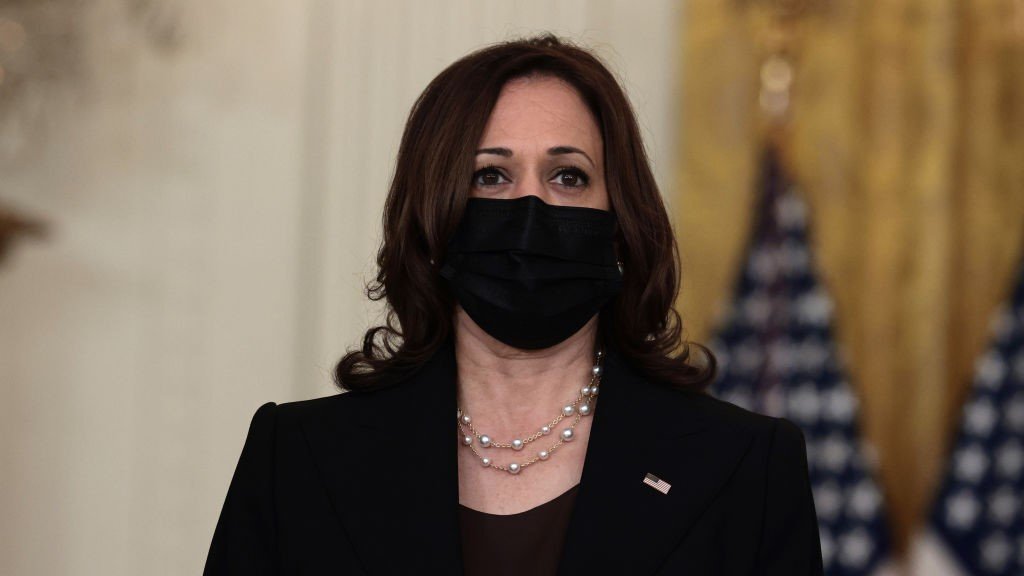 Vice President Kamala Harris listens as President Joe Biden delivers remarks on the U.S. military’s ongoing evacuation efforts in Afghanistan, from the East Room of the White House on Aug. 20, 2021 in Washington, DC. The Indian American vice president will be embarking on a tour of Southeast Asia. (Anna Moneymaker/Getty Images)

WASHINGTON – The Taliban takeover of Afghanistan has given new urgency to Vice President Kamala Harris’ tour of Southeast Asia, where she will attempt to reassure allies of American resolve following the chaotic end of a two-decade war, reported the Associated Press

The trip, which was set to begin Aug. 20 and has stops in Singapore and Vietnam, will provide a forum for Harris to assert herself more directly in foreign affairs. She will have opportunities to affirm what she and President Joe Biden view as core American values, like human rights. That’s especially important given concerns about the future for women and girls in Afghanistan with the Taliban back in power.

But there are also substantial risks. A longtime district attorney and former senator, Harris is largely untested in diplomacy and foreign policy. Her swing through Vietnam could draw unwanted comparisons between the humiliating withdrawal of U.S. troops there in 1975 and the tumultuous effort this week to evacuate Americans and allies from Afghanistan. And it’s all happening in the shadow of China, whose growing influence worries some U.S. policymakers.

“She’s walking into a hornet’s nest, both with what’s taking place in Afghanistan, but also the challenge of China that looms particularly large in Vietnam,” said Brett Bruen, who was global engagement director during the Obama administration and a longtime diplomat. “On a good day, it’s walking a tightrope. On a not so good day, it’s walking a tightrope while leading an elephant across. There’s just an enormous set of issues that she will run into from the moment that Air Force Two touches down.”

Harris struggled at points in June when her first major trip abroad took her to Guatemala and Mexico. Her unequivocal warning to migrants not to come to the U.S. angered some liberal Democrats while doing little to mollify Republican critics who said the administration wasn’t doing enough to address a growth of crossings at the southern border.

She’ll have a fresh chance to make a global impression when she arrives in Singapore, anchor of the U.S. naval presence in Southeast Asia.

David Shear, a former U.S. ambassador to Vietnam, said Harris must be careful to offer a “positive” message to the nations, and avoid focusing entirely on China during her trip.

Instead, analysts say they hope Harris will focus in particular on trade issues. The White House has been considering a new digital trade deal with countries in the region, which would allow for the free flow of data and open opportunities for U.S. companies for greater cooperation on emerging technologies in a fast-growing region of the world.

In related news, Sanjeev Sharma of IANS reports from New York: Americans have further soured on Vice President Kamala Harris as she continues her radio silence on the chaotic and tragic withdrawal of U.S. forces from Afghanistan, a new poll indicates.

According to a Rasmussen Reports survey, released Aug. 19, 55 percent of likely voters say the former senator from California is either “not qualified” or “not at all qualified” to assume the duties of the presidency.

By contrast, 43 percent consider Harris “qualified” or “very qualified” to be commander in chief, the New York Post reported.

The same poll found in April that 49 percent of likely voters said Harris was qualified to become president, though 51 percent of voters had an “unfavorable impression” of her.

The poll was taken between Aug. 12 to 15, as the Taliban embarked on its sweeping offensive across Afghanistan that led to the collapse of that country’s Western-backed government weeks before the deadline to remove U.S. combat forces.

(With AP and IANS reports)