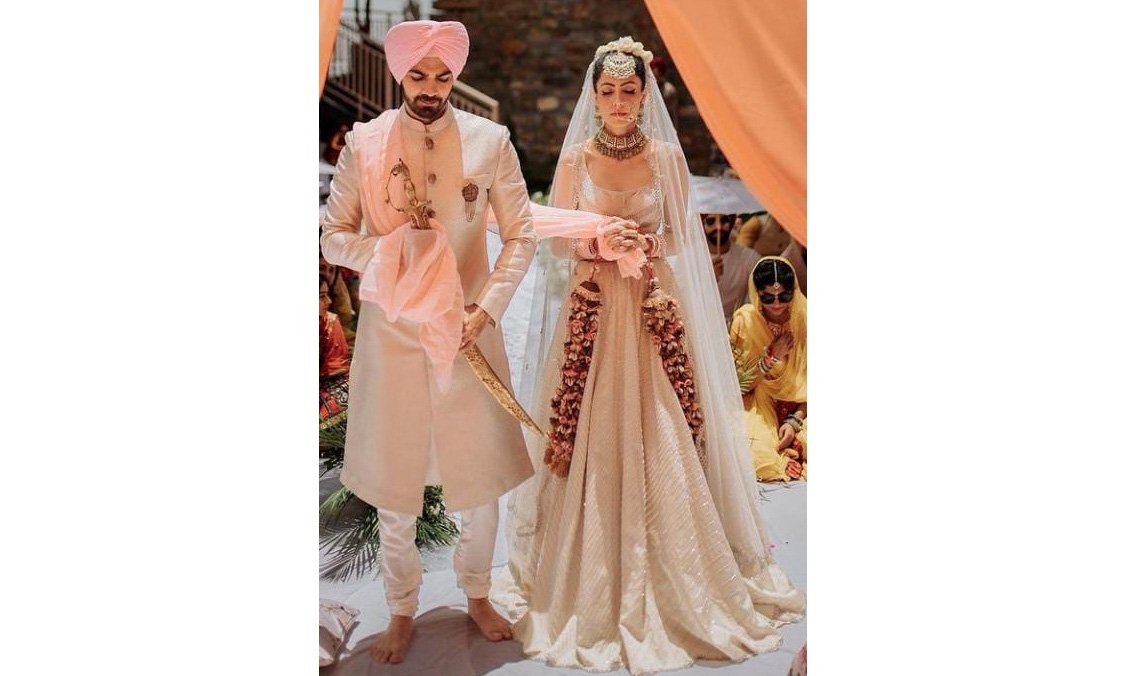 MUMBAI, (IANS) – Karan Grover of ‘Udaariyaan’ fame got married to actress Poppy Jabbal at a traditional Sikh ceremony in Himachal Pradesh on May 31.

The actor took to his social media handle to share a picture of the marriage. He looked stunning in the pictures in his cream-colored sherwani, and turban tied around his head. Poppy complimented his look by sporting a lehenga with a similar color palette, along with a heavy choker necklace and a ‘maang teeka’.

Poppy, who appeared in the web series ‘Broken but Beautiful’ and has acted in some Punjabi movies, first met Karan in a car parking area and they soon started dating.

Congratulatory messages started flowing in from their industry friends as soon as they went public with pictures of their wedding. Debina Bonnerjee said: “Heyyyyyy … Finally … congratulations to both of you … God bless you.”