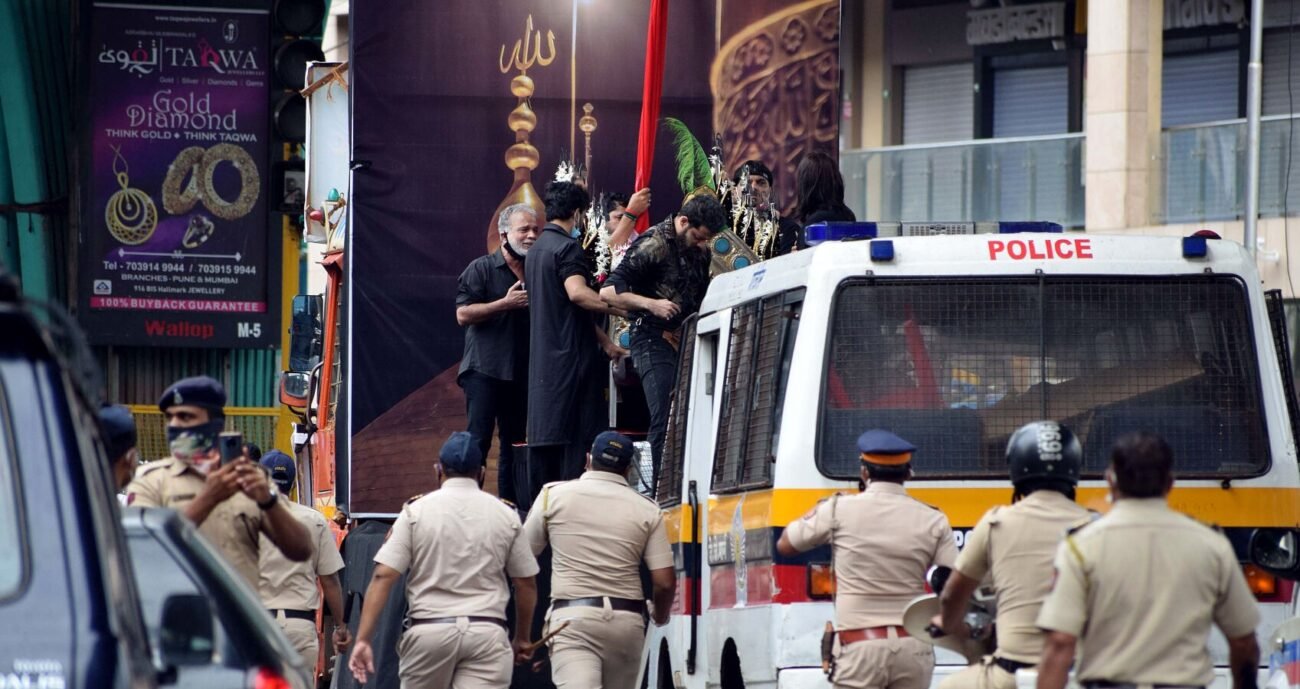 Police personnel are seen as Shia Muslims participate in a Muharram procession at Mohammad Ali road, in Mumbai on Aug. 30, 2020. (ANI photo)

BENGALURU – Amidst fears of the onset of a third wave of Covid in the days to come and back-to-back festivals lined up in the auspicious month of ‘Shraavana’ (August-September), Karnataka on Aug. 12 ordered a ban on large scale religious, cultural and entertainment congregation/processions of people besides giving free hand to all district authorities to decide on enforcing restrictions locally on the festive days.

As per these new guidelines, the state government stated that all prayers associated with Muharram shall be held at Masjids (mosques) strictly adhering to Covid rules.

For Muslims, Muharram is considered to be the second holiest month after Ramzan, is the first month of the Islamic Year or the Hijri calendar.

The state government has enforced similar stringent restrictions by banning the public celebration of the Ganesha Chahurthi (Hindu festival) by setting up pandals (makeshift pavilion).

“People must celebrate the festival in their homes and no procession will be allowed while bringing the Ganesha idol or during the immersion of the idols,” the order stated.

The 10-day Ganesha festival begins with the consecration ceremony (first day) and on the last day of the festival, which is popularly known as Ganesh Visarjan/Nimajjinam (immersion ceremony), takes place which is also popularly known as Anant Chaturdashi. On both occasions devotees come in hordes to witness installation of Lord Ganesha and during his immersion ceremony devotees gather in large numbers. Lord Ganapati’s idol immersion takes place in a river, sea or water body.

Earlier, IANS reported from Bhubaneswar: After a gap of more than three months, the Jagannath temple in Puri of Odisha reopened for family members of the servitors on Aug. 12. For the general public, the temple will reopen from Aug. 23, officials said.

“The Jagannath temple has been reopened today. I request all devotees to strictly follow the restrictions imposed in view of Covid-19 while having darshan at the temple,” Odisha DGP Abhay said.