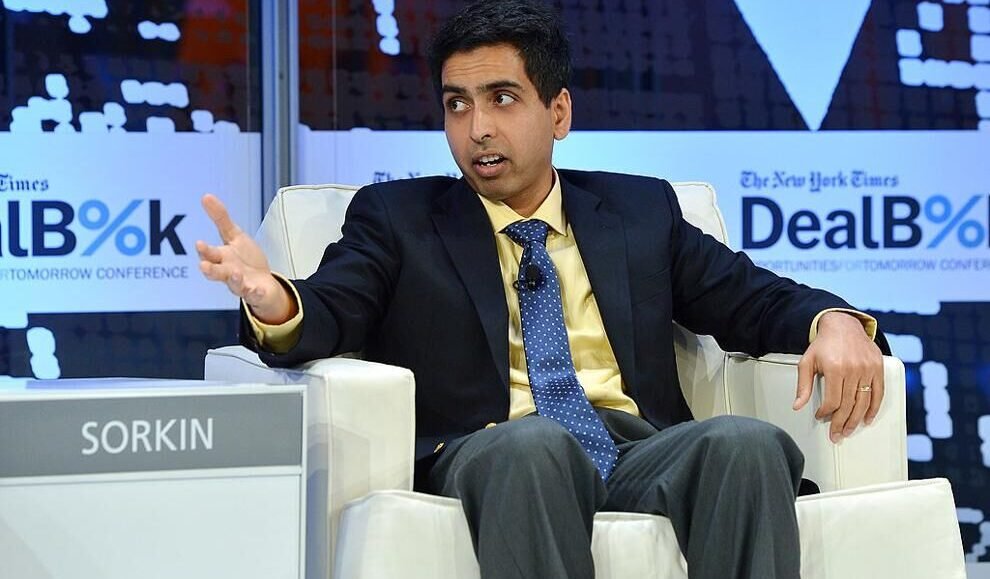 File photo of Sal Khan, Indian American founder of Khan Academy, who is part of the newly-launched “Financial Literacy for All” initiative. (Larry Busacca/Getty Images for The New York Times)

A group of business, sports, entertainment and nonprofit leaders, including Khan Academy’s Indian American founder and chief executive officer Sal Khan, has banded together to launch the “Financial Literacy for All” initiative.

The initiative, which launched June 21, will support embedding financial literacy into American culture.

This 10-year commitment will reach millions of youth and working adults enabling them to achieve greater financial success for themselves and their families, according to a news release.

McMillon and Bryant will serve as co-chairs of “Financial Literacy for All,” with expectation that the initiative will expand as additional organizations sign on.

“I believe we are in a moment in history, where the public and private sector can join together to help every American reach their potential and fully participate in the greatest economy on earth,” said Bryant. “With this initiative, we are not just seeking to change America’s relationship with their finances, but to change their mindset on what they can accomplish.”

“Financial well-being begins with good pay and benefits, but it also includes real opportunity for career growth and access to tools and resources that help manage daily financial needs, build greater financial resiliency and plan for retirement.” added McMillon. “We are inspired by Operation Hope’s vision and look forward to collaborating with other major employers to discover new and better ways to support and engage our associates along their individual financial well-being journey.”

Underscoring the need for financial literacy, the Financial Industry Regulatory Authority’s current Investor Education Foundation survey found that only one-third of U.S. residents surveyed could answer basic questions about interest rates, financial risk and mortgage rates—down by nearly one-quarter from 2009, according to the release.

In addition, the cost of financial illiteracy to U.S. citizens is estimated to be $415 billion for 2020, according to a recent study by National Financial Educators Council.

Given the importance and societal impact of financial literacy and with a goal to expand people’s access to opportunities, these organizations are acting now—leveraging their collective innovative and creative expertise as well as their daily interaction with millions of employees, clients, customers and suppliers to spur a national movement of financial capability, it said.

This alignment of vision and mission is supported by making financial literacy easier to understand and generating public awareness of its importance by directly connecting with working adults; and providing targeted outreach to middle and high school students as well as those attending community college and four-year universities with innovative outreach and existing “Best Practices.”

Specific steps include promotion of a recently launched educational video series from Walmart that will reach more than a million of its associates; all 80,000 Delta people in the U.S. will have access to in-person and/or virtual Operation HOPE coaches and curriculum starting July 12; and Bank of America will expand access to its award-winning Better Money Habits platform, the release noted.