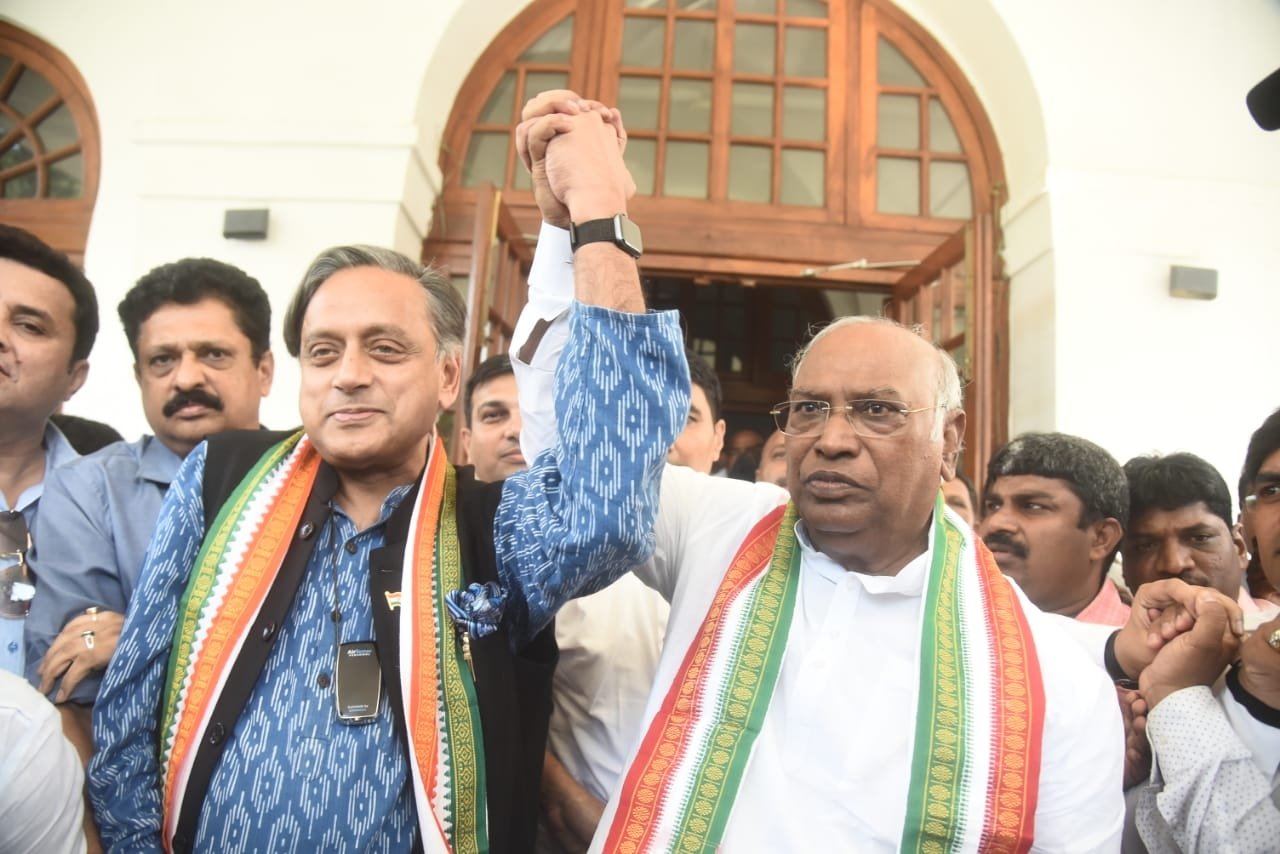 NEW DELHI, (ANI) – Veteran politician Mallikarjun Kharge on October 19 swept the party’s presidential polls paving the way for him to become the first non-Gandhi chief of Congress party in over two decades.

Kharge’s opponent conceded defeat and went to the New Delhi residence of the Congress President-elect to congratulate him on his victory.

Tharoor said he believed “the revival of the party begins today. It is a great honor and a huge responsibility to be President of the INC and I wish Kharge ji all success in the task,” the MP from Thiruvananthapuram tweeted.

Not even his most diehard supporter expected his victory in the Congress presidential poll, but Thiruvanthapuram MP Shashi Tharoor was expected to mount a credible fight.

And that is precisely what happened when he secured 1,072 votes of the total over 9,000, or, a healthy 12 percent. Incidentally, the last time there was similar election when Jitendra Prasada contested against Sonia Gandhi, he failed to even trouble those who counted the votes and prior to that even Maratha strongman Sharad Pawar and Rajesh Pilot contested against the AICC official candidate Sitaram Kesri but did not make up a mark. Compared to this, Tharoor can be proud that with just 13 years in the Congress, he has made a huge impression and got four figure votes.

Meanwhile, according to sources in the know of things, Tharoor, who got 16 members from Kerala to put their signature in his nomination form, has managed to secure 130 votes out of the 297 votes from his home state, which is a very tall figure given the fact practically all the bigwigs from Kerala stood rock stock and barrel for Malikarjuna Kharge, who beat Tharoor by a mile.