HomeIndiaKohli Had a Lot of Positive Energy, he Never Tried to Change Me: Yuzvendra Chahal

Kohli Had a Lot of Positive Energy, he Never Tried to Change Me: Yuzvendra Chahal 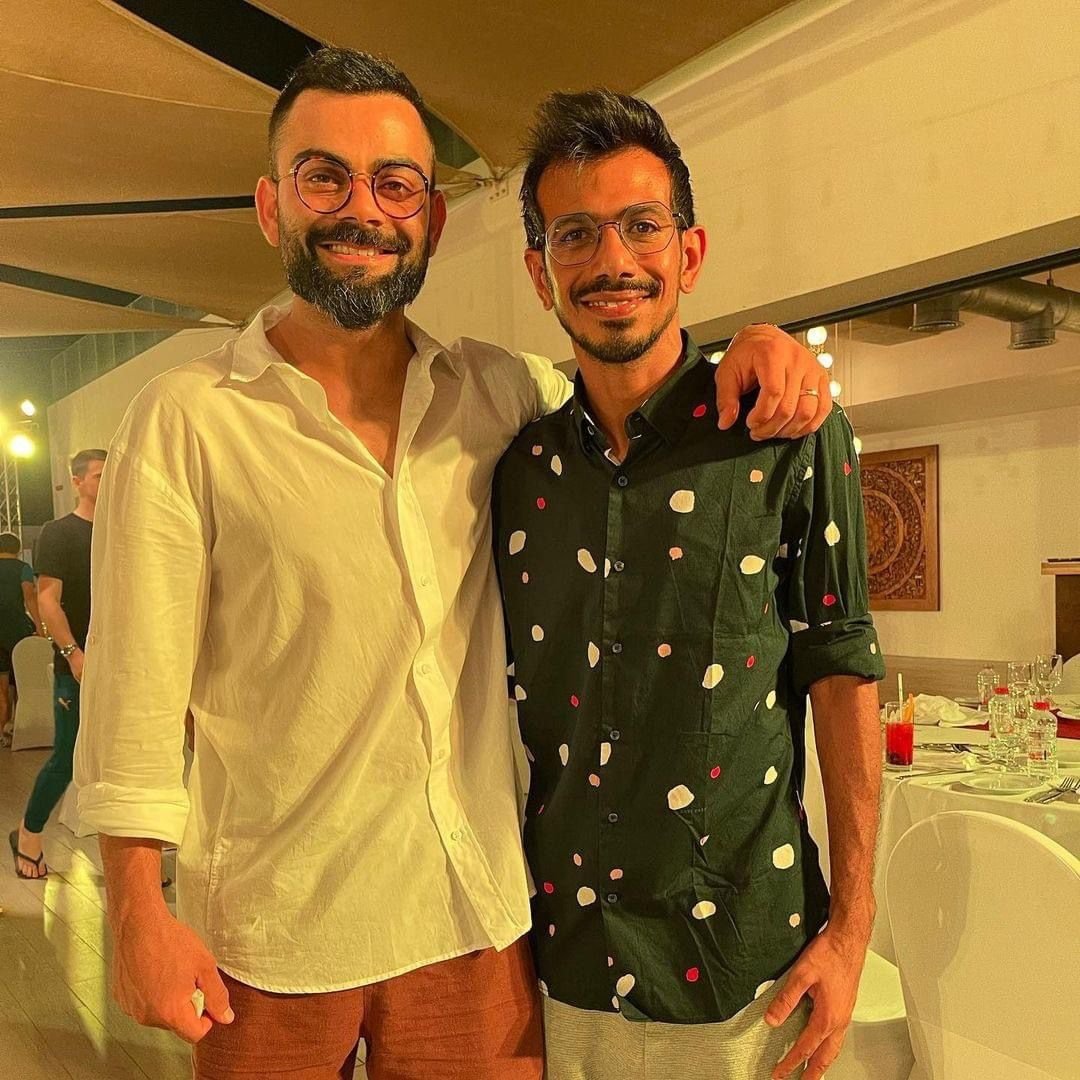 Kohli Had a Lot of Positive Energy, he Never Tried to Change Me: Yuzvendra Chahal

NEW DELHI (IANS) – India leg-spinner Yuzvendra Chahal has said that Virat Kohli had a lot of positive energy and he never tried to change him and his bowling style as a Royal Challengers Bangalore skipper in the last eight seasons of IPL.

The 31-year-old Chahal has been one of best performers for RCB over the years after moving there from Mumbai Indians prior to the 2014 season. In 113 matches for them, he has picked up 138 wickets at an economy rate of just over 7.50.

However, the leg-spinner wasn’t retained by the franchise ahead of the auction. RCB have decided to retain Virat Kohli, Glenn Maxwell and Mohammed Siraj in their team.

In a recent chat with veteran spinner Ravichandran Ashwin on his YouTube channel, Chahal opened up on his bond with Virat Kohli at RCB.

“I realised that he (Kohli) had a lot of positive energy. He never tried to change me, he never asked me to bowl this way or that way. We always had two plans, and the first plan was always mine. He would tell me, ‘You plan the way you want to bowl.’ It helped me because I have to bowl, so it helped to think about it, [and] get the field I wanted,” ESPNcricinfo quoted Chahal as saying.

“Sometimes I told him to set whatever field he wanted, so he said, ‘Okay, I will make a couple of changes, you bowl the way you want’. That gives you confidence when a big player – your captain – supports you. In some matches when I gave away runs, he would come running from the boundary to tell me, ‘No problem, you carry on, you will bounce back’. So that boosts you,” he added.

Chahal also mentioned that he and Virat have a brotherhood, which also helped him bowl well at RCB.

“He (Virat) is my senior, but the brotherhood we have, the eight years I have been with RCB – whether off the field or on the field – (means) I can ask him (for) whatever I want, whether it’s something personal or whatever. So there is a bond, which helped me bowl well under him,” he said.

Reminiscing his earlier days of cricket, the spinner said he knows Virat since the Under-15 stages of his career. Chahal also recalled how he used to charge towards the batsman to show his aggression after taking wickets.

“I know Virat bhaiyya since the Under-15 days. We played together for one year (for North Zone). When I went to RCB in 2014, I was very nervous – on the field too.

He used to be in the covers, and he was so energetic. And I was a youngster, and he sometimes got angry with me too. So in 2014, when I used to pick up a wicket those days, I used to charge towards the batsman to show my aggression. That happened two-three times, and the match referee spoke to [the coach] Daniel Vettori,” he said.

“Then in one match, I said something bad, and Vettori sir came to me and said, ‘This is not good, you have the potential but if you can change this thing… if you want to run (after picking a wicket), you run towards the covers, to Virat bhaiyya, and say whatever you want to – Virat won’t mind,” he added.