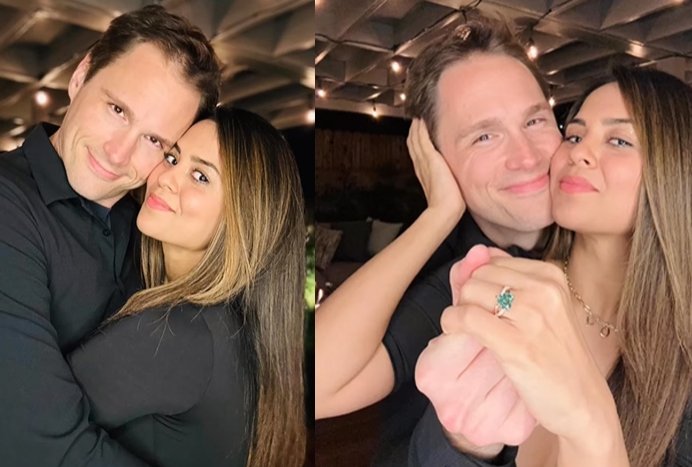 Sana has shared a reel in which her boyfriend Csaba went down on his knees to propose to her with a ring in his hand.

Csaba is a sound designer who works in Los Angeles. She captioned the post with a heart emoji.