HomeEntertainmentCinema‘Kuttey’ Comes With Shades Of ‘Kaminey’; Will There Be Trouble With Censors?

‘Kuttey’ Comes With Shades Of ‘Kaminey’; Will There Be Trouble With Censors? 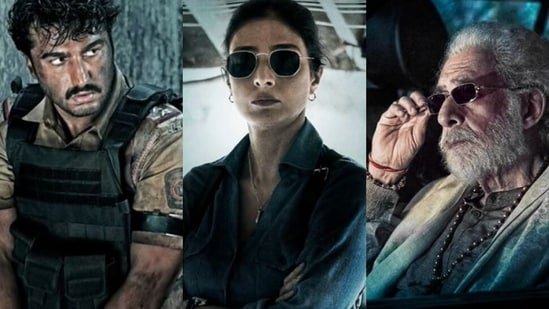 ‘Kuttey’ Comes With Shades Of ‘Kaminey’; Will There Be Trouble With Censors?

MUMBAI, (IANS) – From its coarse language to its intense comedy and darkish tone, the upcoming film “Kuttey” has shades of the 2009 Shahid Kapoor-starrer “Kaminey”.

“Kuttey” has been directed by “Kaminey” Helmer Vishal Bhardwaj’s son Aasmaan and the title comes across as an extension to the 2009 movie. The over-two-minute-long trailer, which was released on Tuesday, teases the viewers with a glimpse of the song “Dhan Te Nan” from the 2009 film “Kaminey”.

The 2009 song’s composer, Vishal Bhardwaj, has also given the music for “Kuttey”.

The trailer grabs the ears of viewers as Arjun Kapoor, Tabu, and Radhika Madan are seen using explicit language to make a point.

In 2009, the censors had objected to the dialogues of “Kaminey” because they felt it had way too much violence. The film was given an ‘A’ certificate. They had suggested major cuts if Vishal Bharadwaj was keen on a ‘U/A’ certificate.

Will “Kuttey” also land in a similar soup as its language and tone match those of “Kaminey”? or, will the censors show that they have loosened up with the passage of time?