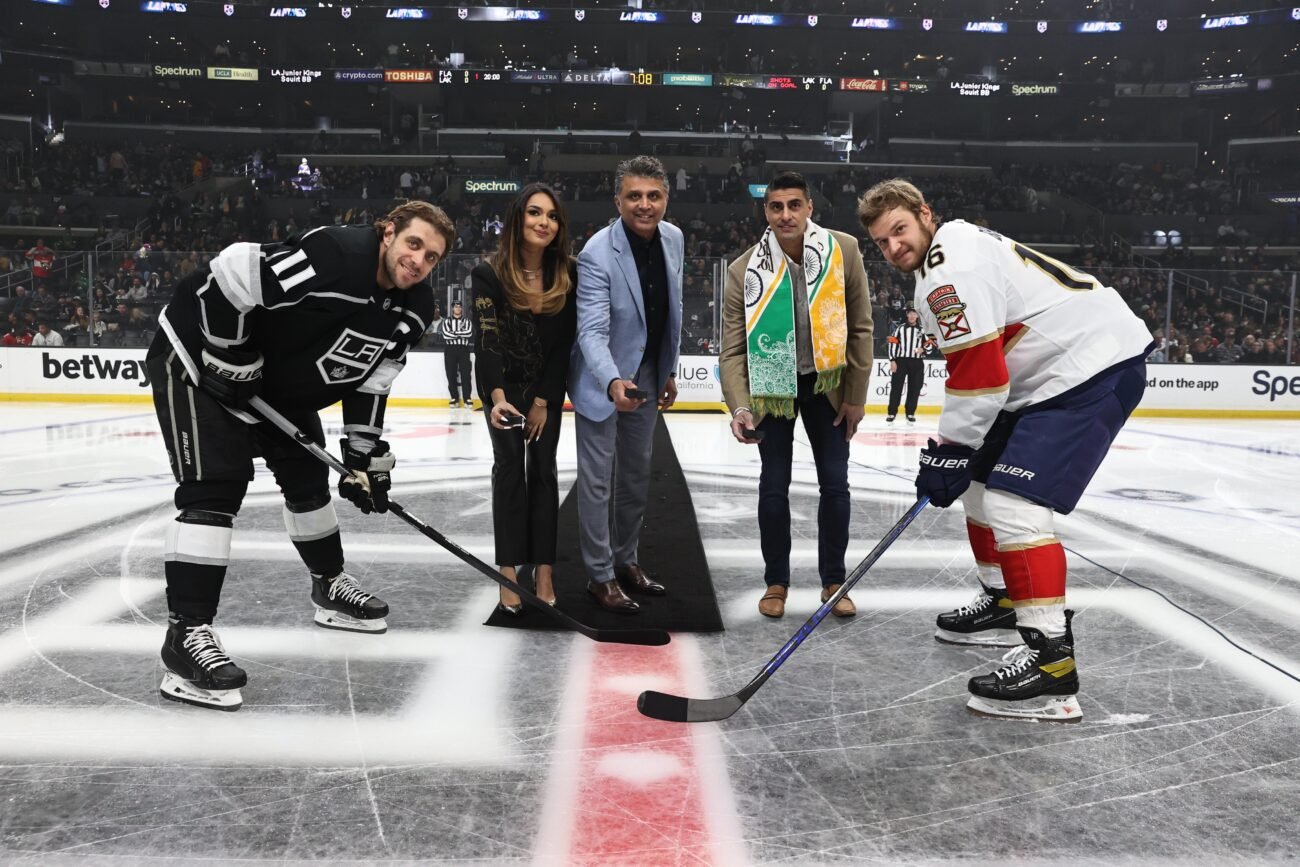 Special puck drop by invited Indian Americans at the NHL game between hosts of the Indian cultural night LA Kings and the Florida Panthers. (photo Twitter)

The first 200 ticket buyers also received an exclusive Kings Indian ‘dupatta’ and access to the reception as well.

The pre-game event hosted on the City View Terrace against the Florida Panthers, began with the two NHL teams being introduced to Indian culture and voices from the Indian Canadian community. 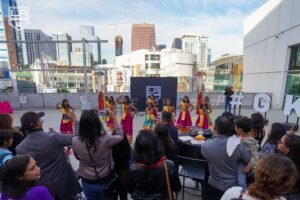 A dance number in colorful Indian dress was captured on phone cameras by fans. (photo Facebook)

The evening was a great treat to hockey fans to meet South Asians who have featured, supported, and promoted their increasing presence in the game along with entertainment artists.

There was an enriching fireside chat with people who have loved, played and have been involved with the game of hockey. Those in attendance included Indian Canadian Robin Bawa, the first NHL player of South Asian descent and Dampy Brar who is the 2020 NHL Willie O’Ree Award winner, and has co-founded Apna Hockey School to promote the game he loves in the community.

There was a performance by twin sisters Kiran and Nivi Saishankar who are \well known for singing Carnatic vocals and congruous blends of Indian and Western music.

Amrit Gill, reporter from Hockey Night in Canada: Punjabi Edition tweeted that the pre-game “moment was bigger than sport” and thanked the LA Kings. 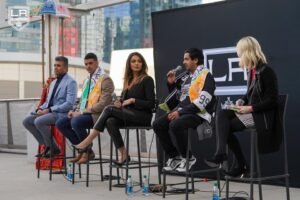 The L A Kings tweeted its thanks to Datta Dave of Tulsea, a Los Angeles based Bollywood talent management agency. The Kings partnered with Payal Lohia, Sreesha Vaman and Nidhi Mistri to organize the dazzling event.

The evening was made more special for Kings fans with goaltender Jonathan Quick, playing in his 700th game, and team registering a victory over the Florida Panthers.