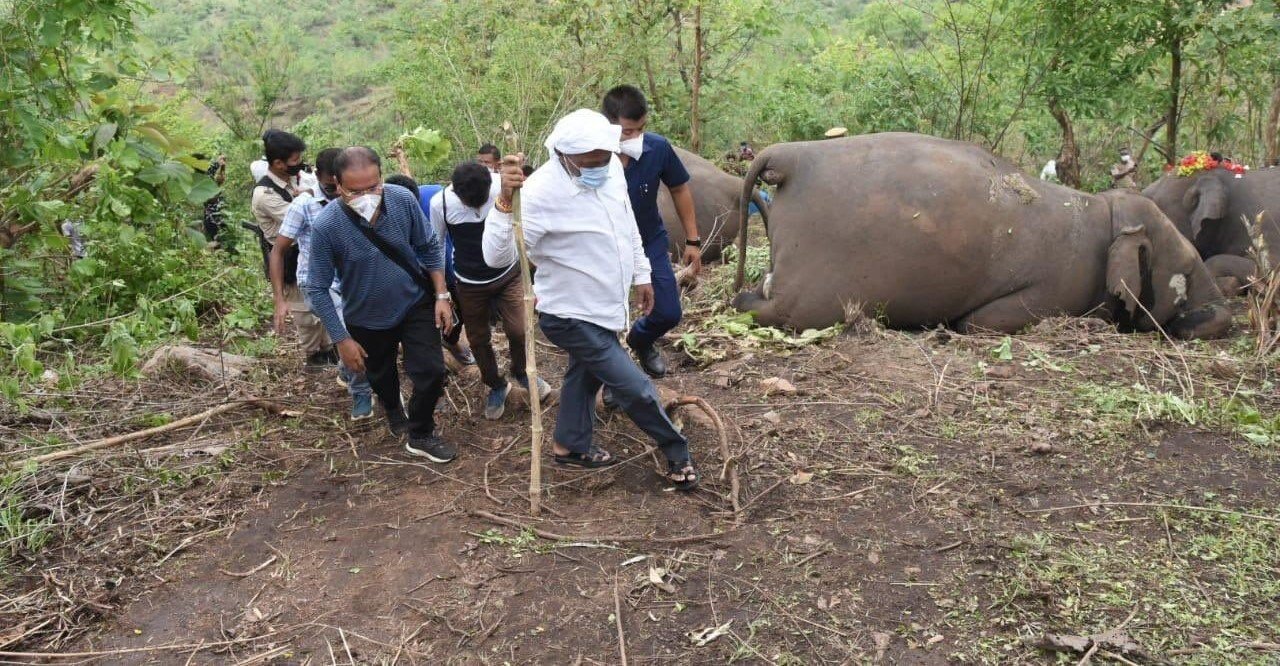 The elephants, including five calves, were found dead during rains in the protected Kondali forest reserve in Assam. (IANS photo)

GAUHATI, India — Lightning is believed to have killed a herd of 18 wild Asiatic elephants in remote northeastern India, a forest official said May 14.

The elephants, including five calves, were found dead during rains in the protected Kondali forest reserve, wildlife official Jayanta Goswami said. The forest guard reached the remote area May 13 and found 14 elephants dead atop a hill and four at its bottom.

Preliminary reports by veterinarians said the elephants were struck by lightning, but Goswami said autopsies were being done to ascertain the exact cause of death.

The reserve is in Assam state’s Nagaon district, 150 kilometers (95 miles) east of Gauhati, the state capital.

Assam is home to an estimated 6,000 or more wild Asiatic elephants who constantly come out of the forests in search of food.

Conservationists have urged the government to prevent encroachment of people and to establish free corridors for the elephants to move between forests safely. In recent years, wild elephants have entered villages, destroyed crops and even killed people.

IANS adds: Various organizations and wildlife experts have demanded an in-depth inquiry by independent agencies to know the exact reasons for the death of so many wild elephants at one time.

“If the elephants died due to the thunderbolt, there might be some burn injuries and other effects of the lightning at the spot. But whatever visuals I have seen there are some doubts about the nature of the death of the elephants,” Choudhary told IANS over the phone.

He said that the bodies of the animals were scattered in the jungle and circumstantial signs of ‘lightning’ were not visible clearly.

“Only the post-mortems of the bodies of the dead elephants would reveal the cause of the deaths,” he added.

Green Guard Nature Organization secretary general Rituraj Phukan said that there is no telltale evidence visible in the images and videos circulating on social media.

“The GGNO, which has been working in the area for the last two decades, requested the government to conduct a thorough and independent inquiry to assuage the concerns of conservationists and wildlife lovers all over the world,” said Phukan.

After visiting the area, Suklabaidya tweeted: “The preliminary report of enquiry has been asked to be submitted within three days and a detailed investigation report within 15 days. We will unravel the exact reason behind their tragic deaths soon.”