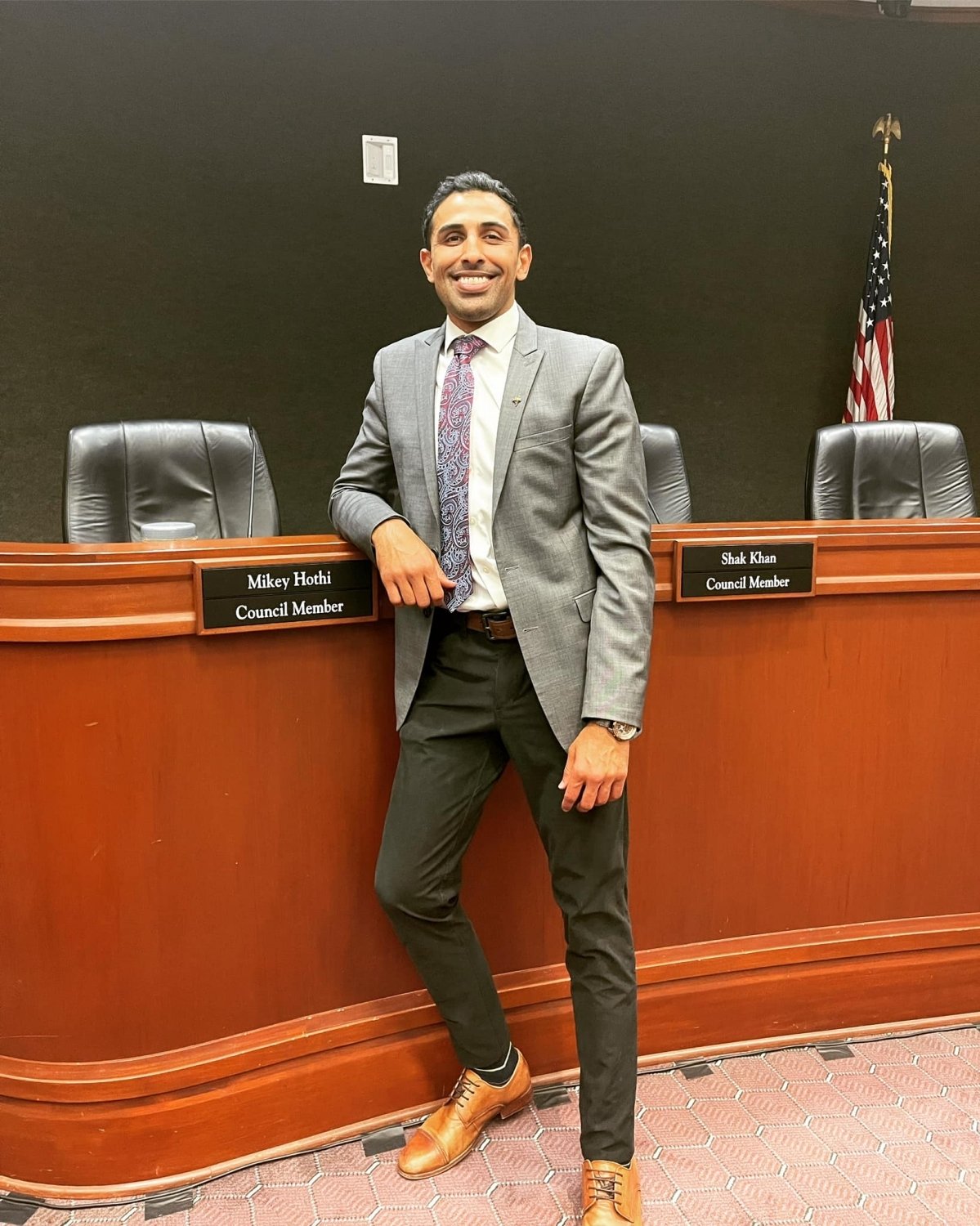 SACRAMENTO, CA (IANS) – Mikey Hothi has been unanimously elected as the 117th mayor of Lodi city in northern CA, becoming the first Sikh to hold the position in the city’s history.

Hothi, whose parents are from Punjab, previously served as vice mayor under mayor Mark Chandler.

As a mayor of the city, Hothi will serve a two-year term, chair the Common Council meetings, and serve as executive officer of the city.

“Honored to be sworn in as the 117th Mayor of the City of Lodi,” Hothi tweeted after taking oath this month.

“Everyone came to Lodi because they realized it was a safe family town. (It has) great education, great people, great culture, great values, and just hard-working people in this town. I’m just proud to represent this community as its next mayor,” Hothi was quoted as saying in Lodi Times.

Hothi, who graduated from Tokay High School in 2008, said that growing up in the city was a challenge, especially post 9/11, when many Muslims and Sikhs experienced unfair harassment.

His family was also instrumental in founding the Sikh temple on Armstrong Road, the Lodi Times reported.

He was first elected to the Lodi City Council in November of 2020 from District 5 and serves as a Board Member on the Lodi Fire Foundation and as District Director to Assemblymember Jim Cooper.

Lodi is a city located in California’s San Joaquin County with an estimated population of approximately 67,021 according to 2021 census data.