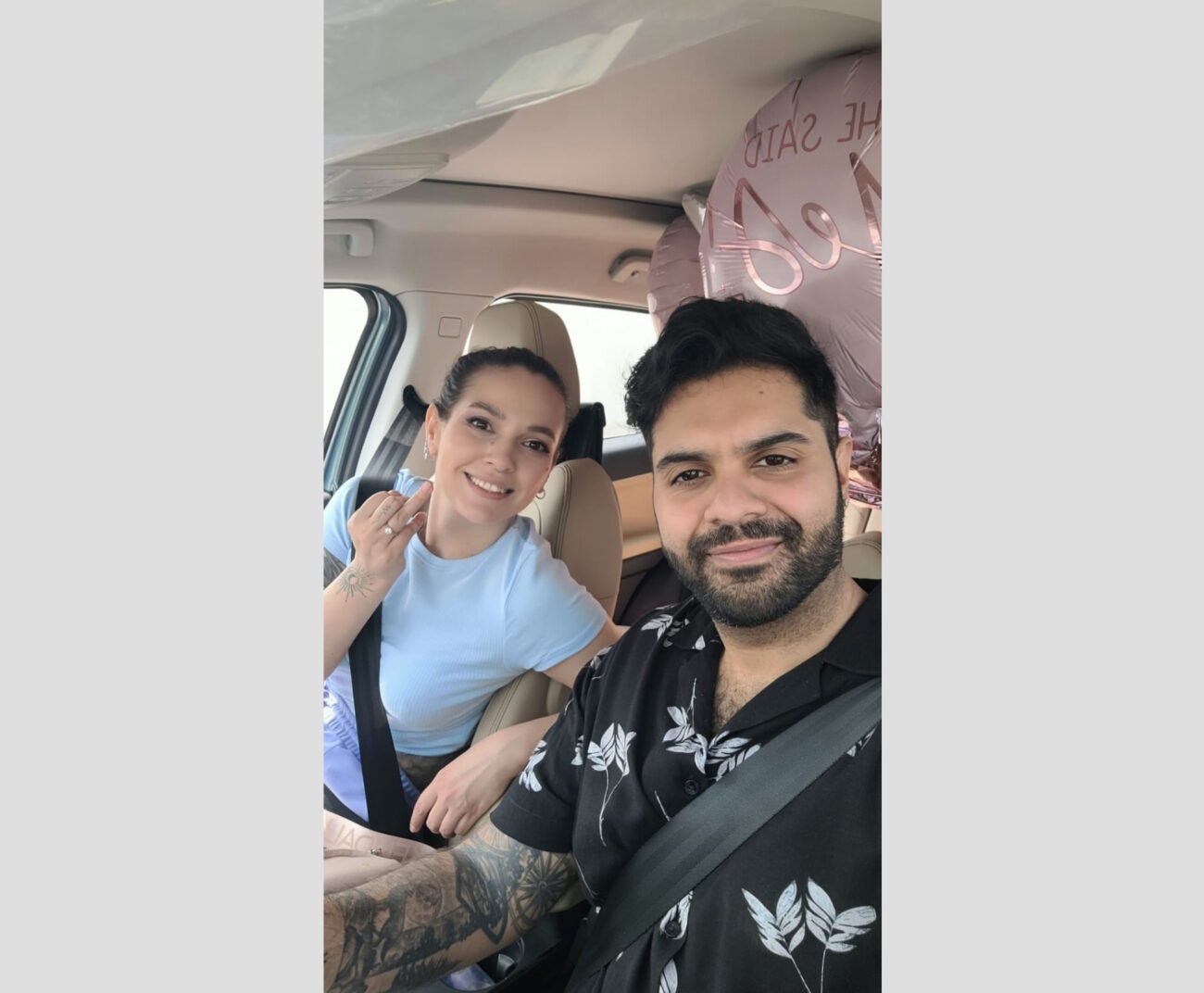 NEW DELHI (IANS) – Love transcends borders even in the time of war. This may sound like a cliche out of a romantic film’s promo, but it did happen in the case of a Delhi High Court lawyer, Anubhav Bhasin, 33, who proposed to his Ukrainian girlfriend, Anna Horodetska, 29, as soon as she landed here, taking an agonizingly circuitous route from her home city Kiev.

Talking about their relationship, Anubhav said: “We have known each other for about two and a half years. We met each other while traveling. The first time we actually got to know each other properly was just before the first lockdown in 2020.”

Anubhav and Anna were travelling together across India when Anna, who was working with an IT company and doubled as a makeup artist back home, got stuck because of the lockdown and the cancellation of flights. “She stayed in my house till the time she could take a flight back to Ukraine,” Anubhav said, recalling how their relationship blossomed during the lockdown.

Then came the second wave of Covid-19, and with it, another lockdown, yet Anubhav and Anna stayed in touch with each other. “Once the lockdown got over, we met again in Dubai and then she came to India, and I went to Kiev. In December last year, she came to India and met my family and that’s when we decided to get married. Then she went back to Ukraine.”

It was going according to plan till the war erupted in Ukraine. “When the war broke out on Feb. 24, Anna woke up to the sound of bombs,” recalled Anubhav. “For the next three days she was in and out of bomb shelters that were close to her home. On the 27th morning she decided to move to Poland, so she packed a bag with warm clothes and other essentials and found a cab to reach the station, from where she left with her dog and her mother.

“Her mother took a train towards her hometown Kamianka to go to her grandma’s place. Anna waited for two hours till she found a train going towards Lviv, which is to the west of Ukraine and close to the Polish border.”

Continuing with his account of Anna’s escape from war, Anubhav said: “She reached Lviv on the 27th night and stayed there overnight. On the 28th, Anna decided to take a bus to Poland, but she learnt that there were people who had been waiting at the Polish border for more than 24 hours and not been able to get through. She finally found a bus going to the border with Slovakia and reached there around midnight, and crossed the border on foot after waiting for a couple hours.”

After entering Slovakia, Anna managed to find a minibus heading to Kraków, Poland, where stayed for a couple of weeks. “I had some friends there who helped her and provided her accommodation,” Anubhav said. “Finally, she applied for a visa at the Indian embassy in Poland and when it was granted, she flew to India and I proposed to her at the airport.”

Now that Anna is in India, Anubhav says they are going to get married soon and then she will apply for Indian citizenship. As of now, she has a one-year visa. “We just need to go back to get the dog whenever the war gets over,” Anubhav concluded.

It may be a long time, though, before Anna gets to be reunited with her dog.