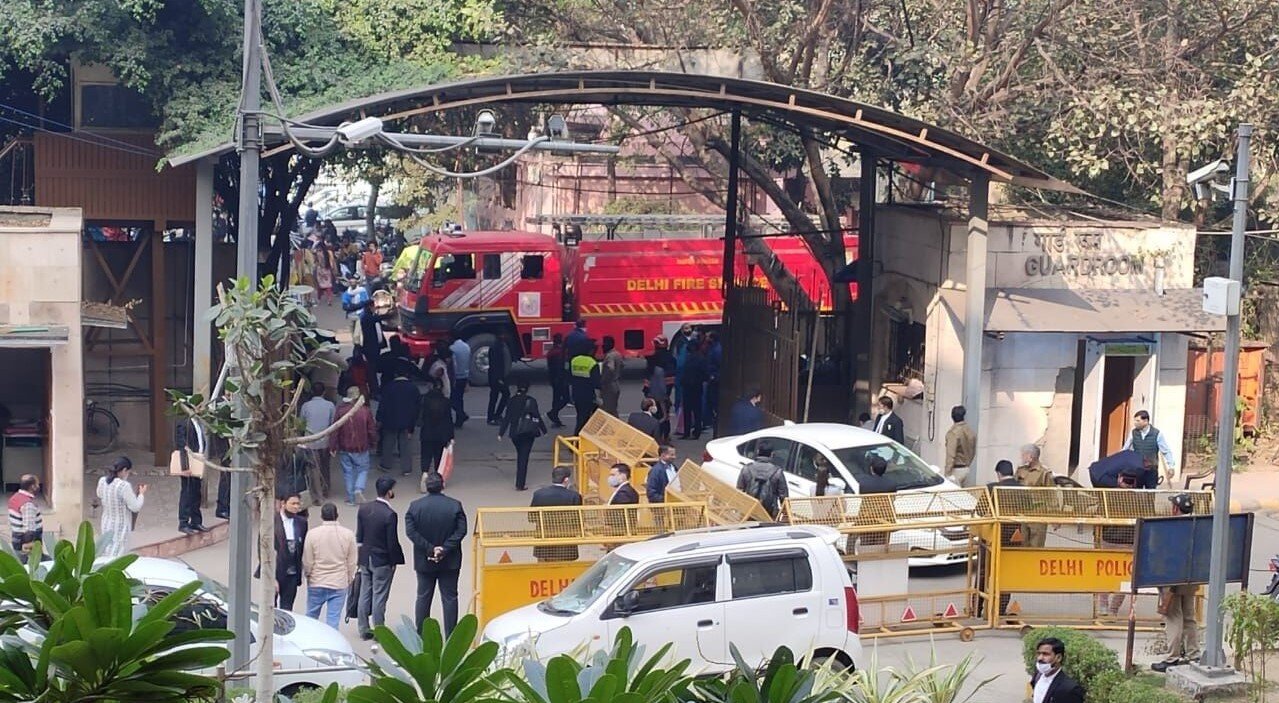 This is the second major incident at Rohini court complex in the past three months. (photo via IANS)

NEW DELHI – A low-intensity blast took place Dec. 9 in the room of a court in the national capital while a hearing was underway, injuring one person, officials said.

No death, however, was reported. This is the second major incident at Rohini court complex in the past three months.

Earlier on Sept. 24, in an incident that seemed ripped from a Bollywood potboiler, top Delhi gangster Jitender Singh Mann, alias Gogi, was shot dead in a courtroom by two assailants dressed in lawyers’ garb.

A senior Delhi Police officer said the source of explosion was traced to a laptop bag kept in courtroom number 102 of Rohini court complex. The blast happened at around 10.30 a.m. on Dec. 9.

“The spot was completely cordoned off then and the litigants were asked to vacate the premises,” he said, adding that the explosion occurred when a hearing was underway.

“The blast was of low intensity and the injured person was rushed to a nearby hospital even before the fire tenders reached the spot,” the official said.

The injured has been identified as head constable Rajeev, Naib Court.

Lawyers present at the spot told IANS that Rajeev was seated on a chair at the time of the incident and the bag, which exploded, was right under his chair.

“He sustained minor injuries and is receiving treatment at a hospital. His condition is stable,” an official said.