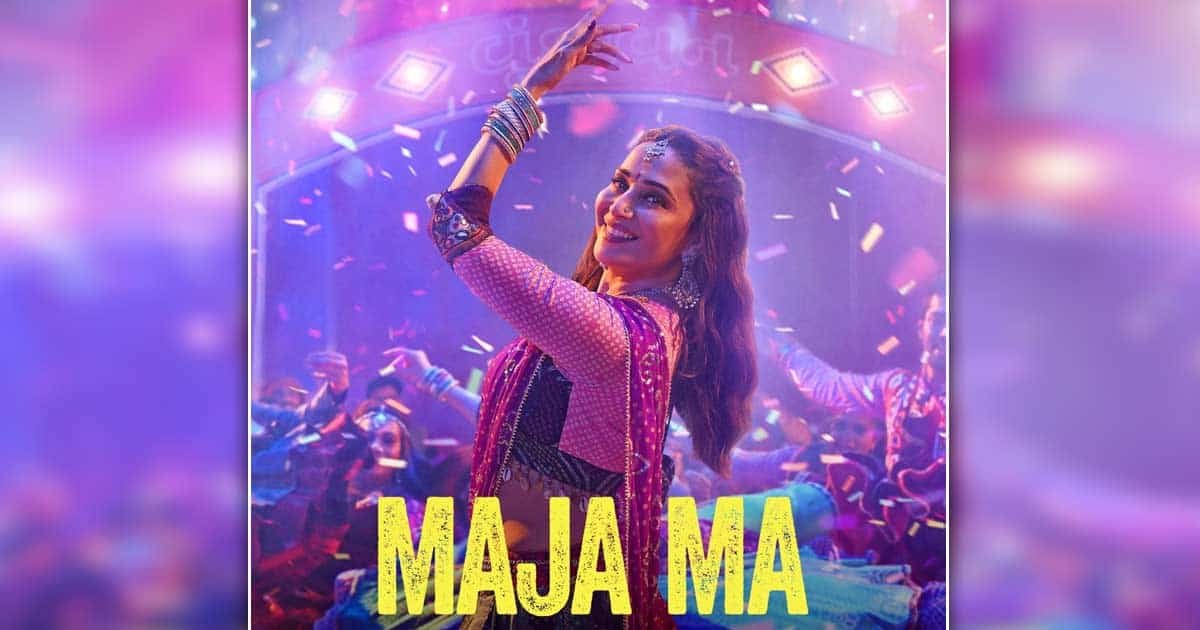 NEW DELHI, (ANI) – Madhuri Dixit Nene is all set to come up with a new film ‘Maja Ma’. Helmed by Anand Tiwari and written by Sumit Batheja, ‘Maja Ma’ is touted as a “family entertainer, set against the celebratory backdrop of a traditional festival and a quintessential, colorful Indian wedding”.

Talking about all the ‘masti’ behind the scenes, Madhuri Dixit said, “There are so many memories of the fun times we spent behind the scenes and while working on the film. This one time, I just couldn’t keep a straight face because of Gajraj ji’s dialogue delivery. It was a serious scene and Gajraj ji had some hilarious lines, and everyone is aware of his signature style. It is so tough to keep a straight face when you are shooting with him. I was scared that I would start laughing so I started humming sad songs in my mind so that I could keep a straight face in the scene and not spoil it for everyone.”

She added, “There were times when we had breaks in between shots and we loved dancing, rehearsing, and playing games with each other. One day I got done early with my scenes and all the others – Gajraj ji, Ritwik, Srishti, and Barkha were playing dumb charades. I joined them thinking I will play a couple of rounds and then head home. But I lost track of time, and I ended up playing multiple rounds. My team kept telling me that we were getting late, but it was so much fun that I just couldn’t get up in the middle of the game.”

Speaking about a funny encounter with Madhuri, Srishti Shrivastava said, “We were shooting for Boom Padi and we had to swiftly and gracefully lift our ghagras and walk. With the high energy of the song and the excitement of dancing with Madhuri ma’am, I wasn’t lifting it delicately. And she looked at me and started laughing and asked, ‘What are you doing?’ and she taught me how to gracefully lift a ghagra. It was hilarious and at the same time so precious for me, that the diva herself was teaching me how to lift a ghagra with poise.”

Ritwik Bhowmik also shared, “Anand sir was always very encouraging and motivating. He always looked at the brighter side of things. But just this one day, we (Barkha and I) got done with one shot and he said ‘Haye mere bache kitna karaab karte ho tum log’ I will never forget that day. He was serious and still so funny!”