HomeIndiaMaharajas of Kolhapur, Jamnagar Being Saluted by Poland For Sheltering Refugees During WWII

Maharajas of Kolhapur, Jamnagar Being Saluted by Poland For Sheltering Refugees During WWII 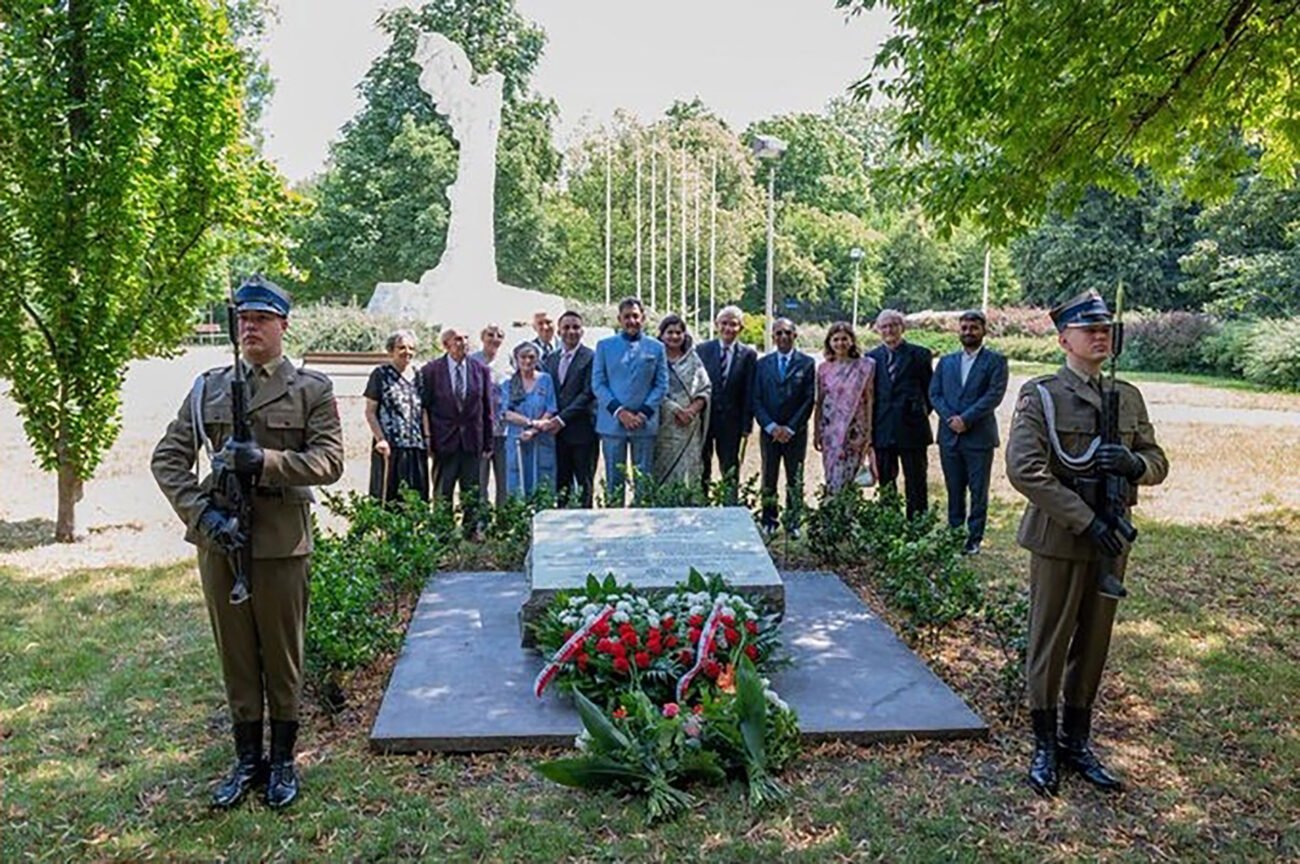 Maharajas of Kolhapur, Jamnagar Being Saluted by Poland For Sheltering Refugees During WWII

MUMBAI, (IANS) – The flavor of the season in Poland are two former Indian Maharajas whose forefathers had sheltered thousands of Poles escaping from the horrors of World War II. The Polish government has been having a series of commemorative events in Warsaw and other cities.

The Poles are paying tributes to the then Chhatrapati of Kolhapur and Jam Saheb of Nawanagar (Jamnagar), and gratitude for how they had cared for the Poles fleeing German persecution and the aftermath of WWII.

In those dark days, while Kolhapur had welcomed around 5,000 displaced Poles, Nawanagar threw the doors open for another 1,000, mostly orphans whose kin disappeared in Siberian concentration camps.

Yuvraj Chhatrapati Sambhajiraje (the 13th direct descendent of Chhatrapati Shivaji Maharaj), mentioned how many people asked him why the then Chhatrpati Maharaj intervened to help the Polish and said it’s the ‘culture of Kolhapur’.

“This is the culture established by Chhatrapati Shivaji Maharaj and carried forward by the social reformer Rajarshi Chhatrapati Shahu Maharaj… The foundation of ‘Swarajya’ — our Maratha Empire — was to fight against injustice and ‘Chhatrapati’ literally symbolizes ‘protector’ of the people.”

Piyushkumar Matalia — representing Shatrusalyasinhji of Nawanagar said the then Jam Saheb of Nawanagar was an Indian aristocrat who saved the displaced Poles, built special settlements, an orphanage for 1,000 Polish orphan in Balachadi, and in turn, the children showed their gratitude by referring to the Maharaja as ‘Bapu’ (Father).

This week’s events came three years after the then Deputy Foreign Minister Przydacz visited Kolhapur to unveil a ‘Memorial Pillar’, where the desperate Poles reached after Germany invaded Poland on September 1, 1939, triggering WWII.

The Poles fled via the land or sea routes, in trucks from Ashkhabad in the former USSR via Afghanistan or Iran, after two major evacuations by the Polish Army through the Caspian Sea in March and August 1942 at the height of WW-II when the world was terrorized by Adolf Hitler.

‘Little Poland’, while maintaining its distinct identity, coalesced with the local culture and community. After returning home, the Poles did not forget their generous Indian hosts and the Association of Poles also erected an obelisk at the Mahavir Garden Park in Kolhapur with an eagle at the top.

In 2011, Poland conferred the “Commander’s Cross of the Order of Merit of the Polish Republic” on Maharaja Jam Saheb Digvijaysinhji R. Jadeja posthumously, at least six public and private schools are named after him in Warsaw, while a prominent junction in the capital’s Ochota district is dedicated as “The Square of the Good Maharaja” with his statue in 2013.

The Maharaja’s contributions were immortalized in an Indo-Polish co-production film, ‘A Little Poland In India’ (2013), depicting him as the lone crusader who safeguarded the lives and future of thousands of orphaned Polish children who sought refuge during the dark days of WWII.

After the war horrors ended, most of those children returned to Poland but their memories for India and the two Maharajas continue to ‘live’ in the hearts of the Polish people.