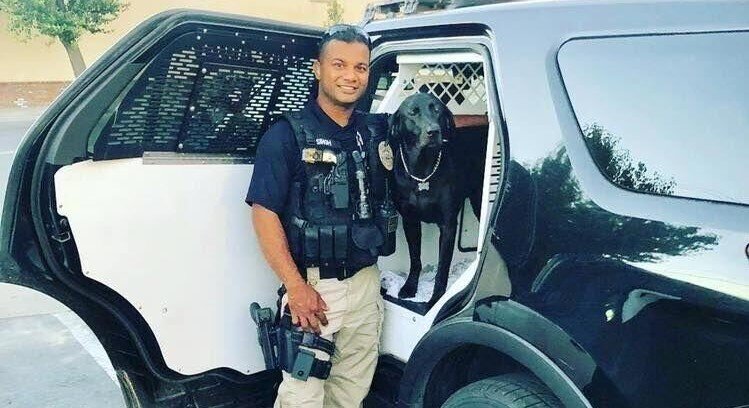 NEWMAN, Calif. – A man who tried to help his brother escape to Mexico after he shot and killed a Fiji Indian police officer has been sentenced to nearly two years in federal prison.

Cpl. Ronil Singh, an officer in the tiny town of Newman in California’s Central Valley, was shot and killed when he pulled over Paulo Virgen Mendoza early on Dec. 26, 2018, on suspicion of drunken driving.

Paulo Virgen Mendoza pleaded guilty in November to fatally shooting the 33-year-old Singh during the traffic stop. Razo was previously sentenced to 27 months in federal prison.

Singh, who immigrated to the U.S. from Fiji to fulfill his dream of becoming a police officer, left behind a wife and 5-month-old son.

According to an earlier AP report, at Paulo Virgen Mendoza’s trial, Singh’s widow, Anamika Singh-Chand, said, “He loved his American dream of becoming a police officer,” breaking down in sobs on the witness stand. “He wanted his son to also be a police officer.”

She recalled how the family celebrated Christmas together before he kissed his 5-month-old son on the forehead, then “he told me, ‘I love you and I’ll see you in the morning.’”

Then came the 2 a.m. knock on the door from a fellow officer and the nightmarish ride to a hospital surrounded by officers from multiple agencies, where she learned he had died.

She told Virgen Mendoza that he “tore away my dreams … tore my love away from me and left me silently screaming.”