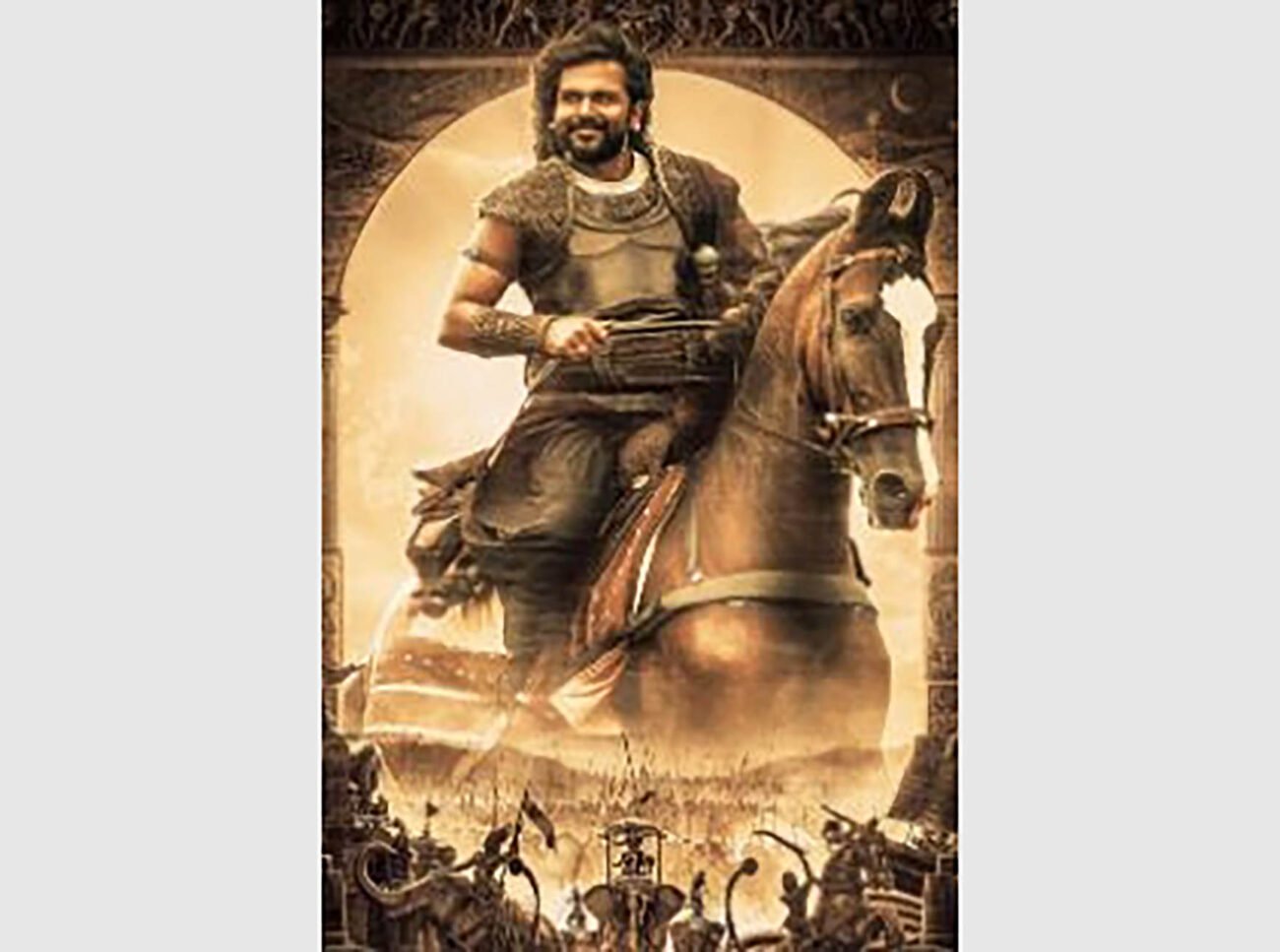 Karthi’s look in the film has been revealed a day after the unit chose to release the look of Vikram as Aditya Karikalan.

Taking to Twitter, Karthi said, “With all your blessings, bringing to you #Vanthiyathevan and #Semban (the horse).”

Lyca Productions and Mani Ratnam’s Madras Talkies, both of which are jointly producing the magnum opus, tweeted the first look of Vanthiyathevan, saying, “The prince without a kingdom, the spy, the swashbuckling adventurer…here comes Vanthiyathevan!”

The film, the first part of which will release on September 30 this year, will release in five languages — Tamil, Telugu, Malayalam, Kannada, and Hindi.

The film is based on the classic Tamil novel ‘Ponniyin Selvan’ by eminent writer Kalki.

The film, called by Mani Ratnam as his dream project, will be among the most expensive projects ever undertaken in the country.

The film has the best in business handling each of its departments. A R Rahman is scoring the music for this epic historical and cinematography is by Ravi Varman.