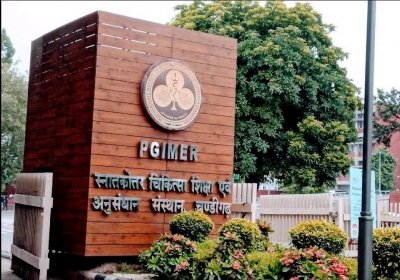 CHANDIGARH (IANS) – More than three million people, mainly men, in Punjab are consuming one or the other kind of drug. Alcohol is the maximally abused substance by more than two million, followed by tobacco consumed by more than 1.5 million people, a study by the Postgraduate Institute of Medical Education and Research (PGIMER) here said on Feb.21.

The abuse of opioids is by 1.7 lakh individuals, followed by cannabinoids as well as sedative-inhalant stimulants. The latter are largely a class of pharmacological or prescription drugs being used illicitly.

There are also a large number of injecting drug users in Punjab with high prevalence of HIV (19.5 per cent), said the recent survey.

It was published in the second edition of ‘Roadmap for Prevention and Control of Substance Abuse in Punjab’.

Edited by J.S. Thakur, Professor of Community Medicine at PGIMER, it was released by Punjab Governor Banwarilal Purohit in the presence of PGIMER Director Surjit Singh and Director Health Services G.B. Singh.

As per the State of Punjab Household Survey (SPHS) and statewide NCD STEPs Survey by the PGIMER, the projected number of overall substance use in Punjab is 15.4 per cent.

The book is in simple form, easily understood by the technical and the layman.

“The book has incorporated a few interesting case studies from different parts of Punjab. It has advocated introduction of life skills education in the school and college curriculums. It also emphasizes peer group approach in educational institutions which is an effective way to motivate adolescents and young adults. Since the focus is on prevention, the life-cycle approach actually caters to individuals of every age group,” said Thakur.

The Governor appreciated the role of public health approaches to deal with these social menaces. He endorsed the essence of this report — prevention is better than cure in all respects.