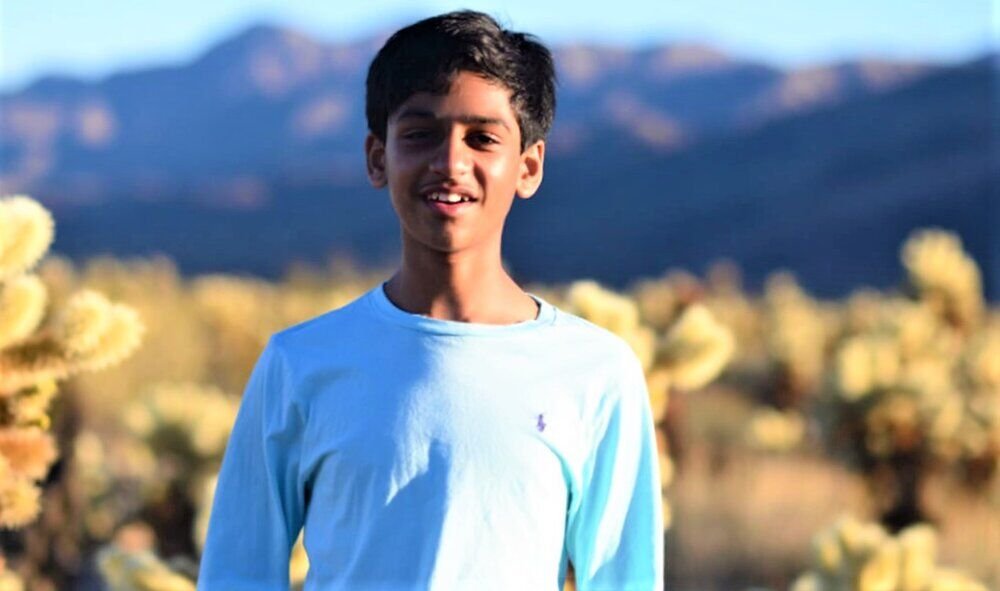 On Nov. 10, a special memorial to Arunay Pruthi was dedicated near the south end of Pillar Point Harbor in San Mateo, California. (arunayfoundation.org photo)

Coastal cities in San Mateo County in California Nov. 10 held a memorial for 12-year-old Indian American Arunay Pruthi, who disappeared in the sea earlier this year in a rescue attempt to save his 8-year-old brother.

On Jan. 18, the younger brother was knocked over by a wave and Arunay went out to rescue him.

“He was a reasonably good swimmer,” Tarun Pruthi, his father, told KTVU Fox 2 in the aftermath (see article here: https://bit.ly/3269svB). “It was a warm day, but the waves were big.”

The Indian American family was taking a family trip at Cowell State Beach near Half Moon Bay, and did not realize the dangers of the surf waves in the area.

Tarun Pruthi and his younger son were also swept into the water by the waves – which were as high as 15 feet – but managed to get back unlike Arunay, who just “drifted away,” he was quoted as saying.

Despite valiant efforts by family and fellow beachgoers, Arunay vanished, and a monthlong effort failed to find him. His body was never found.

On Nov. 10, a special memorial to Arunay was dedicated near the south end of Pillar Point Harbor, the San Francisco Chronicle reported.

It’s not a statue, a plaque or even a bench bearing his name, but, rather, a neon yellow sign warning of the dangers of high surf, along with a round, orange enclosure containing a lifesaving ring buoy attached to a long rope, it said.

If someone is dragged out to sea, rescuers can toss the ring to the person instead of having to swim out, grab them and pull them to safety, the report added.

The San Mateo County Harbor Commission Oct. 15 voted unanimously to cover the construction and permitting costs for the life-saving stations and ring buoys — two in Pillar Point Harbor, one near Surfer’s Beach and one at the breakwater near Mavericks, leading to the Nov. 10 ribbon-cutting ceremony.

On the day Arunay was taken by the sea, beachgoers tried to reach him and protect rescuers by tying together tents and towels and other things on the beach as a safety line, it said.

“If that day, they had a ring, the beachgoers could have saved him,” Sharmistha Chakraborty, Arunay’s mother, told The Chronicle. “If I can help save someone else’s child, I will try.”

So far, four lifesaving stations equipped with the ring buoys, warning signs and a small sign dedicating the station in Arunay’s memory have been installed — one at Pillar Point Harbor, two at Mavericks Beach and one at Surfers Beach, the newspaper said.

The Arunay Foundation, created by his family to help prevent drowning deaths by sneaker waves, is working with Sea Valor, a nonprofit that helps with ocean rescues, to spread the lifesaving stations up and down the San Mateo County coast — and beyond, it said.

Chakraborty said she’d like to see the stations at popular beaches all along the Northern California coastline.

The foundation said it hopes to work with local, state and national government agencies to install similar stations across the California coast.

“None of us knew about rip current and sneaker waves. Along with equipping our beaches with the rings, we also want to educate kids and the community about hidden hazards of sneaker waves and how to identify it,” the Arunay Foundation’s Aarati Desai said.

According to the Arunay Foundation, their three-pronged approach is to Educate, Equip and Inform, as follows:

Educate: Prevention through Learning: Many of us are unaware of the dangers that lurk in our beautiful coastal waters. Our goal is to provide people with the knowledge and tools they will need to create a safer beach-going experience. Introduce young minds to the ocean environment including recognition of rip currents, sneaker waves and other beach hazards. We aim to collaborate with schools and experts to create educational materials on ocean and beach safety to address this knowledge gap.

Equip: Improve Beach Safety: Most California state beaches neither have a year-round lifeguard station nor are they equipped with any beach safety equipment. We are working with authorities to equip beaches with adequate signage and life-saving floatation devices.

Inform: Keep Communities Informed: A trip to the beach should be fun for every family. The core of beach accident prevention consists of foreseeing the unsafe weather conditions and provide adequate warnings to the larger community, so people can be informed and stay away from unsafe beaches and avert a potential tragedy.

Our goal is to provide the information you need to stay safe on beaches, coastal areas, and surf zones — to make sure that you are aware of important beach and ocean conditions via weather alerts, dynamic flag systems, and social media.