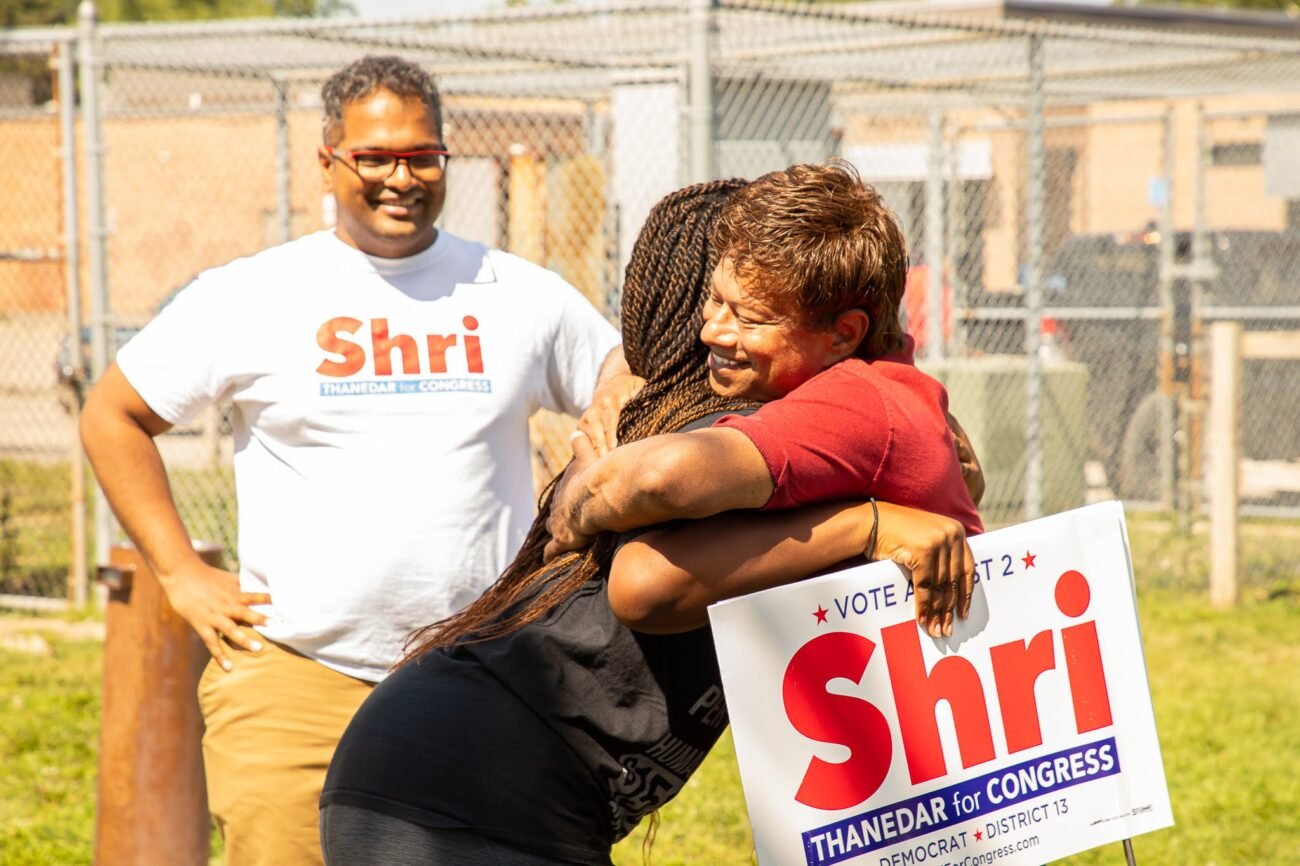 DETROIT, MI – “We did it!” said a beaming Shri Thanedar on November 8, when his became one of the races where voters had been overwhelmingly clear giving him a landslide victory and sending him to the US House of Representatives.

“With early returns showing us receiving 89.2% of the vote, I’m honored that voters chose me to be the next Representative in Congress for the 13th District!” he declared to supporters who cheered him on.

Once he had won the party primary, he was considered the front-runner in a district that was recently redrawn and is now 45 percent Black. The Indian American will be the first non-black in 70 years to represent the area.

Thanedar, who is now a Michigan state legislator, ran unsuccessfully for the Democratic party nomination for Governor in 2018.

He took out loans to buy a company he worked for, Chemir, and built it from a $150,000 company to one with a revenue of $14 million before selling it for $26 million.

He next started Avomeen Analytical Services, a chemical testing laboratory. He sold the majority stakes in it in 2016 and, according to his campaign bio, retired to get involved in public service to answer “the call to fight for social, racial, and economic justice.”

Running in a constituency that covers a chunk of a city that is overwhelmingly African American, Thanedar stressed in his campaign that he grew up in poverty in a family of ten in India and worked in odd jobs to support his family after his father retired.

“I’ll never forget what it’s like to live in poverty, and I’ll never stop working to lift Detroit families out of it,” he wrote on his campaign site.

Thanedar is married to Shashi, who he married after the passing of his first wife and mother of his two boys.

Thanedar will be only the seventh Indian-American ever to be elected to the House.