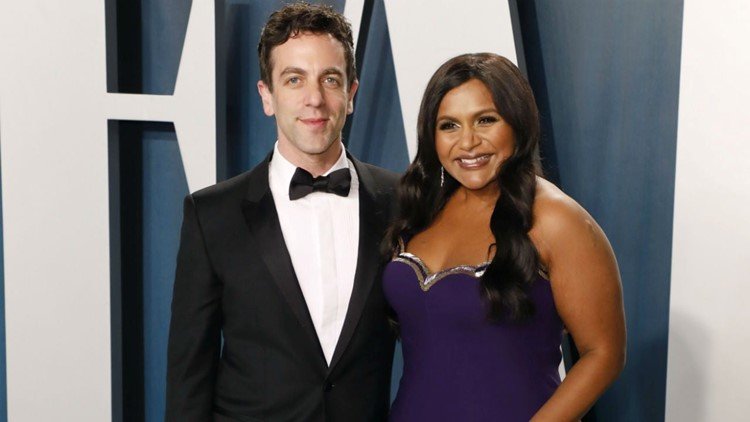 LOS ANGELES, CA – Indian American actress-writer-star has never told the media on who the father of her daughter Katherine, 4, and son Spencer, 23 months are.

There has been speculation for long that it is her friend and ‘The Office’ co-star B.J. Novak. Their romantic relationship ended in 2007 but they continue to remain best friends.

Kaling told Marie Claire in an interview on August 9 that it “doesn’t bother me” how people may think B.J. is their dad. “He’s the godparent to both my kids—and they have such a great relationship—and so far, [the rumors haven’t] affected my happiness at all, it hasn’t affected my kids or BJ. If that’s what is going to be titillating to people, I’ll take it.”

She told the magazine she’ll speak about the paternity of her kids when Katherine and Spencer are “old enough to talk to me about it.”

In 2020, People magazine noted, she told Good Morning America that the ‘Vengeance ‘actor “is so much more like family now than a platonic friend.”

Adding that B.J. was part of their “pandemic pod,” she raved, “He’s great with kids. And so, it’s been really nice to have his energy in the house.”