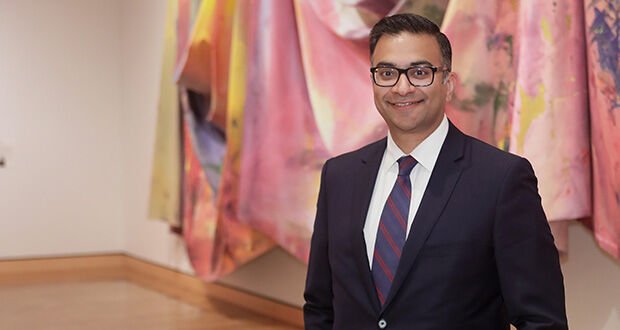 Surya Saxena, a former assistant U.S. attorney for Minnesota, has reportedly emerged as a finalist for the top federal prosecutor post in the state, according to Minnesota-based Sahan Journal.

Saxena, an Indian American who’s currently the senior associate general counsel at UnitedHealthcare in Minnetonka, joins two other names in the running for the high-profile job: Andy Luger, a former U.S. attorney (2014–2017), who is currently a partner at international law firm Jones Day; and Lola Velazquez-Aguilu, a former assistant U.S. attorney for Minnesota who is currently a lead counsel for a product line at Medtronic.

Sahan Journal learned of Saxena’s status from sources who were not authorized to comment on the potential nominees. Saxena declined to comment.

The state’s U.S attorney prosecutes criminal cases brought by the federal government and leads civil cases that involve the United States as a party. Minnesota’s two senators, Amy Klobuchar and Tina Smith, are responsible for proposing candidates to President Joe Biden for consideration and approval. The U.S. Senate then gives its consent for the appointment, according to the report.

Saxena’s status among the final candidates emerges amid pushback to the finalist list among legislators in Saint Paul. As reported March 10 in Minnesota Reformer, legislators, led by first-year Senator Omar Fateh (DFL-Minneapolis), have introduced a letter to Senators Amy Klobuchar and Tina Smith objecting to Luger’s candidacy for a second term as U.S. attorney, it said.

Prior to serving on UnitedHealthcare’s counsel team, Saxena served as Assistant U.S. Attorney in Minnesota. In that role, he led attorneys and federal law enforcement agents in a wide array of investigations, including fraud and embezzlement, money laundering, cybercrime, narcotics trafficking, and opioid overdoses, his bio notes.

Saxena was a co-recipient of the Minnesota Lawyer Magazine’s attorney of the year award. Saxena and Velazquez-Aguilu, who is also a candidate for the U.S. attorney position, jointly received this award for their successful fraud prosecutions against executives at Starkey Laboratories, the report noted.

In March 2018, two executives at the hearing aid manufacturer in Eden Prairie were convicted of stealing more than $15 million from the company, it said.

Saxena received the same magazine’s diversity and inclusion award in 2019. He also co-chaired a committee of the U.S. attorney’s office tasked with improving recruiting and hiring practices, the report said.

He has previously worked as an associate at Dorsey & Whitney, a large firm based in Minneapolis that represents clients in industries such as banking, energy, agribusiness, healthcare, and technology.

Saxena attended law school at Georgetown University Law Center. He received a B.A in political science at the University of Minnesota.