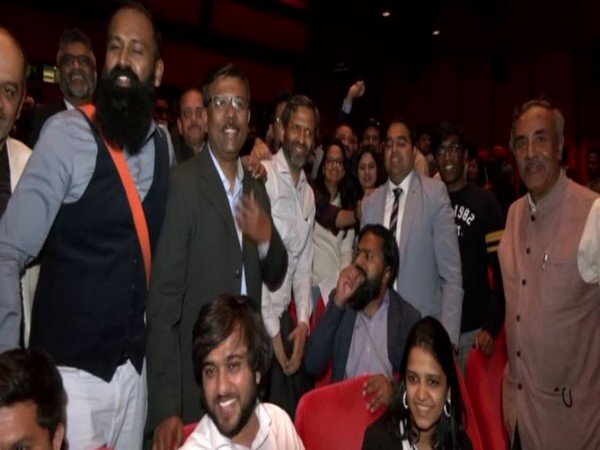 BERLIN, (ANI) – Prime Minister Narendra Modi in his address to the gathering at a theatre at Potsdamer Platz in Berlin sought the support for ‘Vocal for Local’ and Khadi, which was warmly received by the Indian community.

Dr Pravin Patil, a resident of Munich, said, “We gift our German friends Khadi and make sure that the awareness increases as well as demands.” He also mentioned how Khadi demand has increased manifold in Germany over all these years.

“2024: Modi once more” echoed the theater for long hours as the Indian diaspora showed their support for PM Modi.

“…felt overwhelmed after hearing Prime Minister Modi’s speech and we are happy to extend our support to our Prime Minister’s concept of Vocal for Local”, said Hardik Deora, a member of the Indian community in Berlin.

“We will spread the word amongst our colleagues in Germany and support our Prime Minister in every possible way,” he added.

Another community member said that “although they are living in a foreign land the patriotism is intact and the community feel proud to represent Indian culture in every possible way”. I feel proud to be a Modi supporter, said another Indian in Berlin who attended the gathering at the theatre.

“In Germany, we have been listening to PM Modi’s previous speeches in which he talks about welfare programmers. Now, hearing him live is a dream come true,” said another Indian living in Germany.

Modi’s speech received jubilant reactions from the Indian community residing in Germany as a part of his three-day visit to three nations.

In Germany he took part in the 6th Inter-Governmental Consultations with German Chancellor Olaf Scholz.