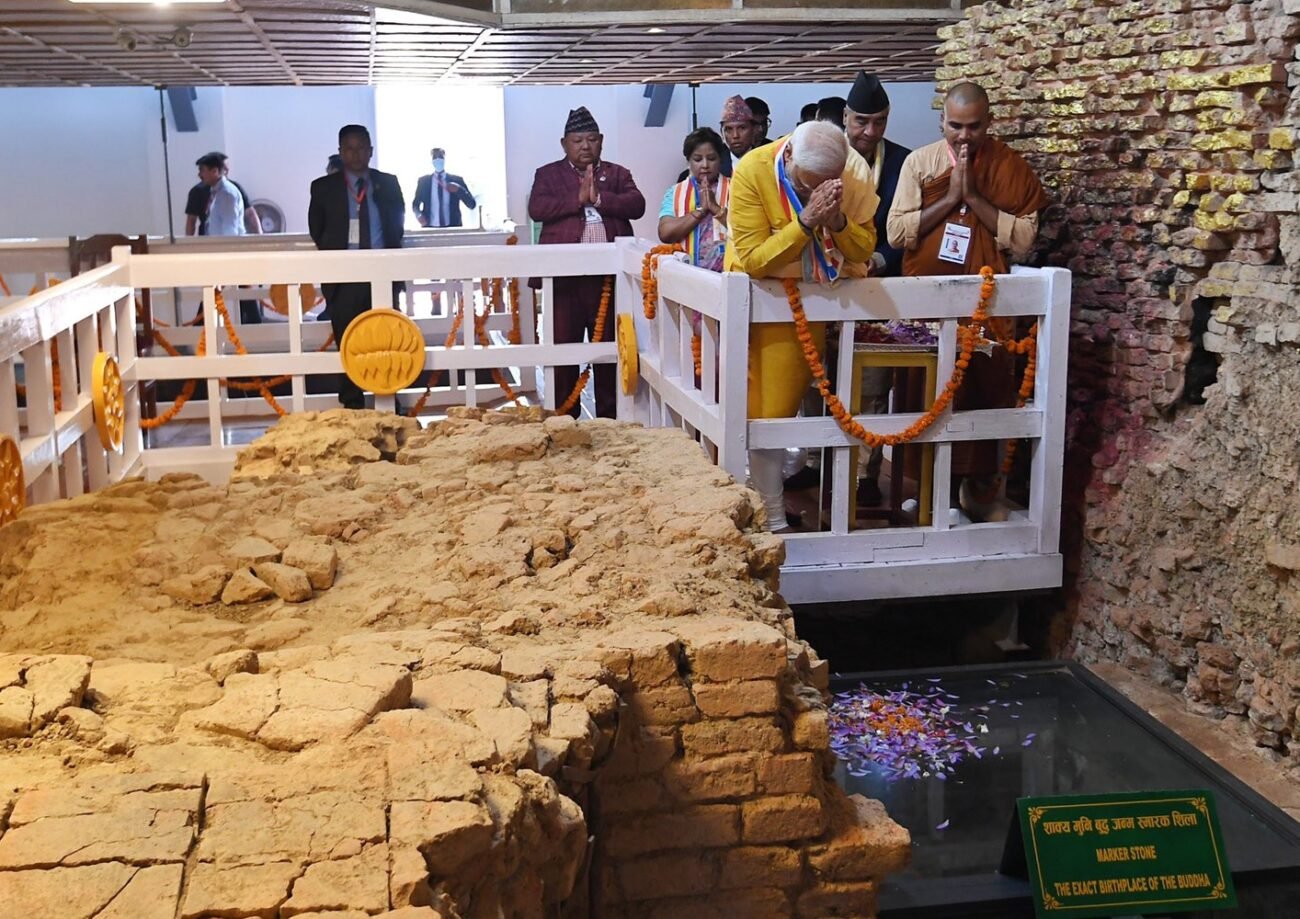 KATHMANDU, (IANS)- Indian Prime Minister Narendra Modi, who is on a day-long visit to Nepal, offered prayers at the Maya Devi Temple in Lumbini to mark the occasion of Buddha Purnima.

He was accompanied to the temple by his Nepalese counterpart Sher Bahadur Deuba.

Lumbini is a Unesco World Heritage Site, the birthplace of Gautam Buddha.

This is Modi’s fifth visit to Nepal after becoming Prime Minister in 2015, but the first since he was re-elected in 2019.

After his visit to the Maya Devi Temple, Modi lit a butter lamp in front of the Ashoka Pillar, and watered the Bodhi Vriksha – the tree under which Gautam Buddha is said to have attained enlightenment.

Later, he performed a ‘Bhoomi Poojan’ and laid the foundation stone of the India International Centre for Buddhist Culture and Heritage, being built at the initiative of the International Buddhist Confederation, New Delhi.