HomeIndiaModi’s Mom Turns 100, Says She Shaped His Thinking and Confidence

Modi’s Mom Turns 100, Says She Shaped His Thinking and Confidence 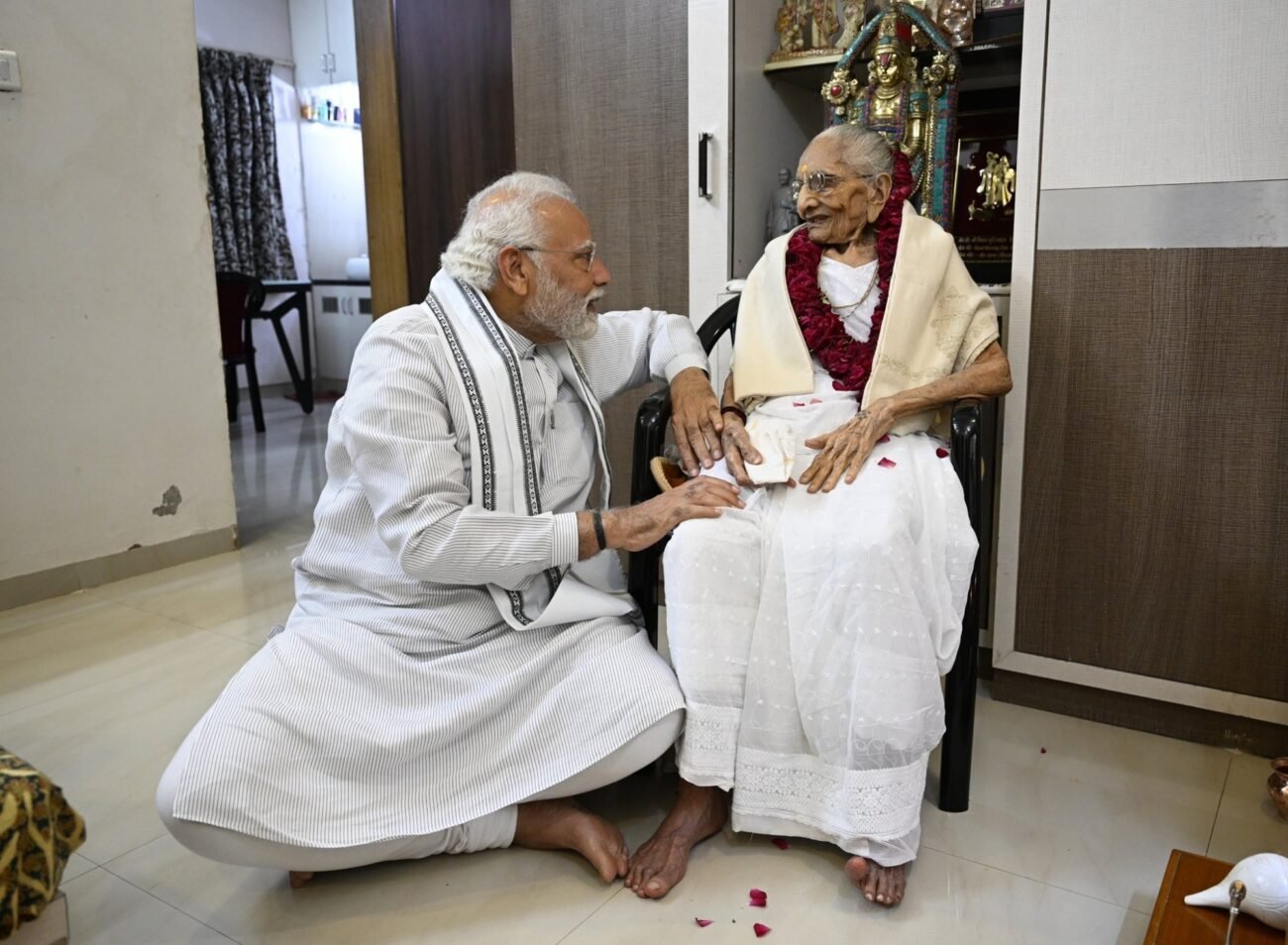 Modi’s Mom Turns 100, Says She Shaped His Thinking and Confidence

AHMEDABAD, (IANS) – Prime Minister Narendra Modi on June 18 met his mother as she turned 100, in Gandhinagar. He washed his mother’s feet and took her blessings as well as shared some sweets with her.

Modi penned an emotional note and recollected some special moments from his childhood. “In my mother’s life story, I see the penance, sacrifice and contribution to India’s matrushakti. Whenever I look at my mother and crores of women like her, I find there is nothing that is unachievable for Indian women.”

He recalled several sacrifices made by his mother as he grew up and mentioned various qualities of her that have shaped his mind, personality, and self-confidence.

“Today, I feel extremely happy and fortunate to share that my mother Heeraben Modi is entering her 100th year.” he added.

Recalling hardships his mother faced during his childhood, Modi said, “My mother is as simple as she is extraordinary. Just like all mothers. She does not even remember my grandmother’s face or the comfort of her lap. She spent her entire childhood without her mother.” The Prime Minister recalled the tiny house in Vadnagar with mud walls and clay tiles for a roof where he stayed with his parents and siblings.

Modi added that cleanliness was something that his mother had always been extremely particular about.

Modi wrote that his mother made him realize that it was possible to be learned without being formally educated. He shared an incident when he wanted to publicly honor all his teachers, including his biggest teacher — his mother. However, his mother declined, saying, “I am an ordinary person. I may have given birth to you, but you have been taught and brought up by the Almighty.”

The Prime Minister said that though his mother did not attend the event, she made sure that he called someone from Jethabhai Joshiji’s family — his local teacher, who taught him the alphabet.

Reflecting on his mother’s extremely simple lifestyle, Modi wrote that even today, there are no assets in her name. “I have never seen her wear any gold ornaments, and she has no interest either.”

Modi added that his mother has always inspired him to have a strong resolve and focus on the upliftment of the poor.

He shared an instance from 2001 when he had become Gujarat Chief Minister. She was extremely ecstatic and told him, “I don’t understand your work in the government, but I just want you to never take a bribe.” His mother keeps assuring him that he should not worry about her and remain focused on the larger responsibilities.

Despite struggling with poverty and its accompanying challenges, Modi added, “My parents never left the path of honesty or compromised on their self-respect. Constant hard work was their foremost mantra to overcome any challenge!”

“Far beyond every tale of deprivation is the glorious story of a mother, far above every struggle is the strong resolve of a mother.”