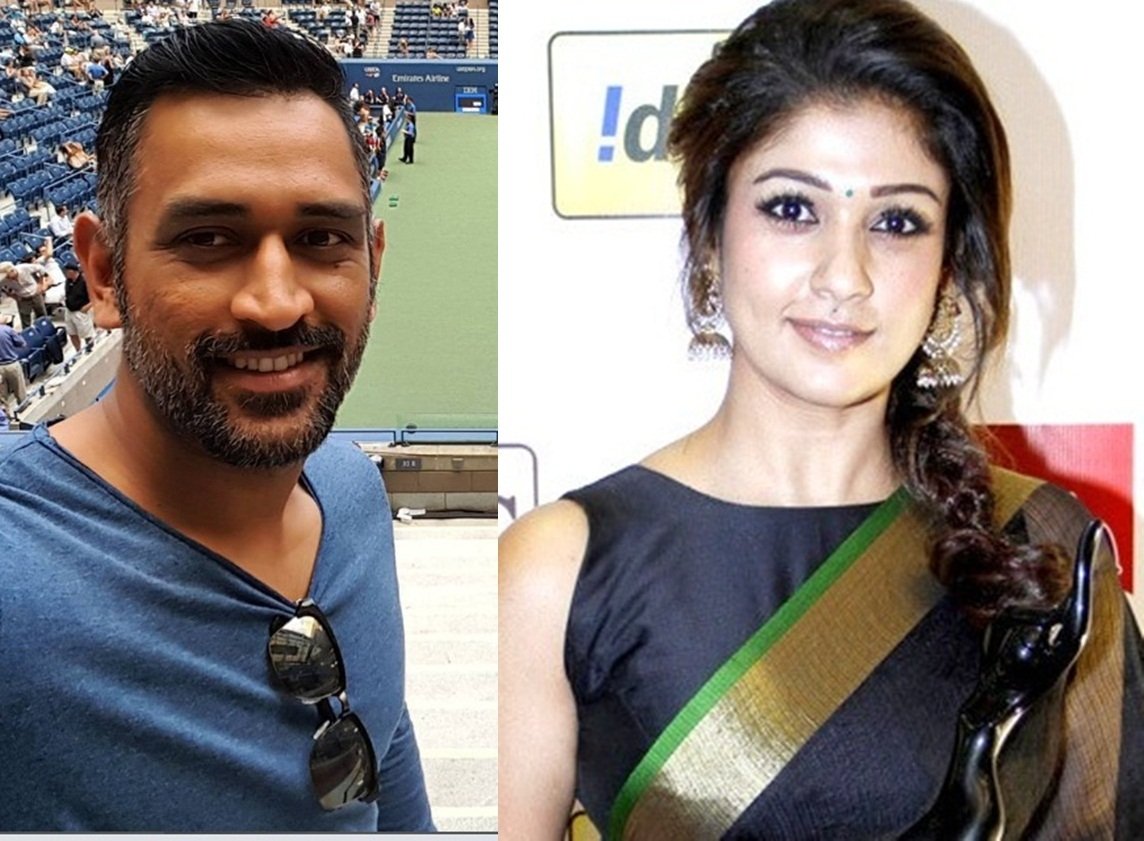 According to information available, Dhoni who has set his eyes on the film industry is picking his first movie in Tamil with Nayanthara in the lead.

Dhoni, according to sources, has already roped in Sanjay, one of the closest aides of megastar Rajinikanth. Sources said that Sanjay has given the tip-off to Dhoni that roping in Nayanthara for his debut movie will augur well for him in the Tamil film industry.

Nayanthara’s would-be husband and director Vignesh Sivan is an ardent fan of Dhoni and the possibility of the former Indian captain playing a cameo role in the movie is not ruled out.

The movie ‘M.S. Dhoni: The Untold Story’ was a super hit and did extremely well in Tamil Nadu as Dhoni is a hit among the Tamil fans ever since he has been leading the Chennai Super Kings in the IPL and sources said that his confidence of producing a Tamil movie has come from this fan following, he has in Tamil Nadu.

Nayanthara is currently shooting for a Shahrukh Khan movie directed by Atlee. She has already committed for ‘Paatu’ by Malayalam director Alphonse Puthran and ‘Connect’ directed by Ashwin Saravanan, the shoots of which are to commence after the conclusion of her Shahrukh Khan starrer.

Former Indian cricketer Harbajan Singh has debuted in a Tamil movie ‘Dikkilona’, and played a lead role in another movie, ‘Friendship’.

Former pacer S. Sreesanth had made his Tamil movie debut through the Nayanthara starrer ‘ Kaathu Vaakulla Rendu Kaathal.’ Irfan Pathan, another former Indian cricketer is playing an antagonist in the Tamil movie ‘Cobra’ in which Vikram is the hero and it is directed by Ajay Gnanamuthu.