HomeIndiaMulayam Singh Yadav: UP Stalwart Who Had A Lonely End

Mulayam Singh Yadav: UP Stalwart Who Had A Lonely End 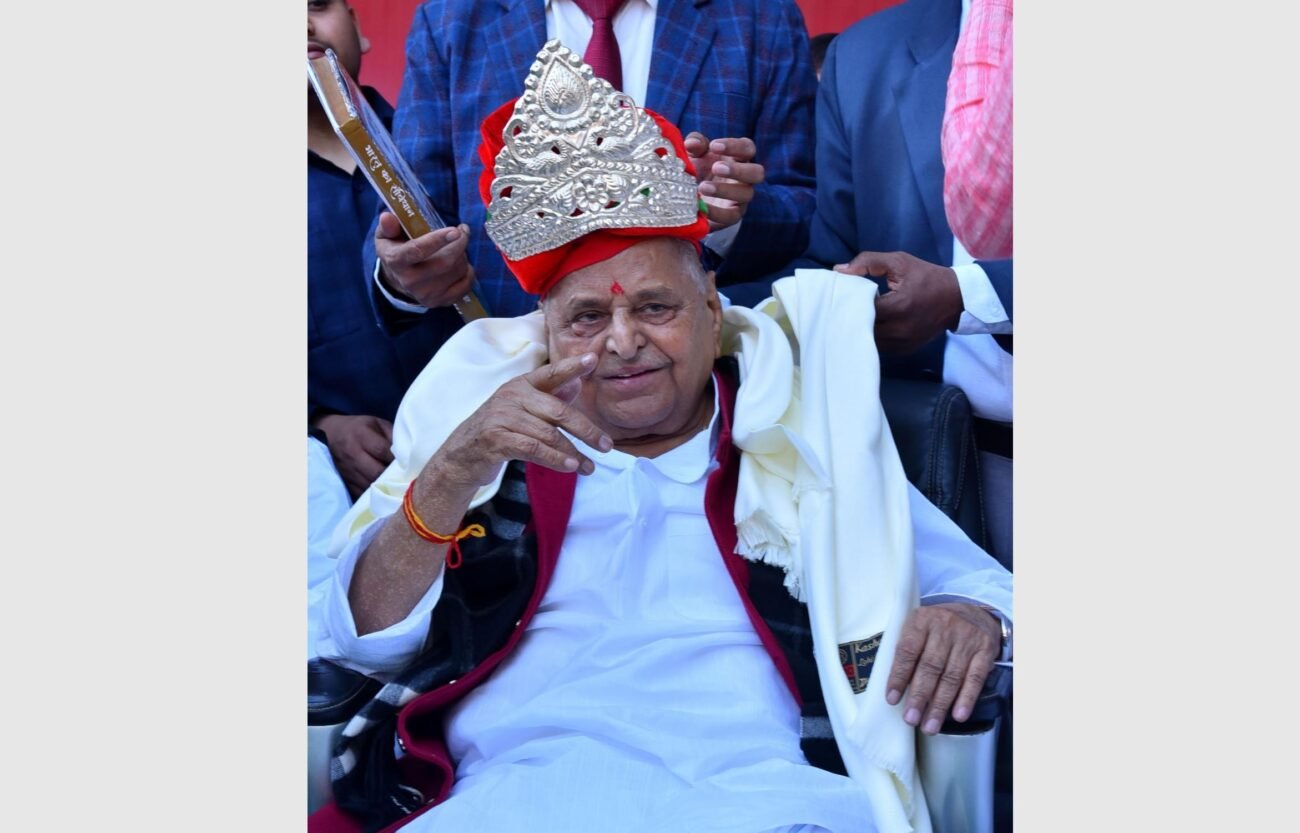 Mulayam Singh Yadav: UP Stalwart Who Had A Lonely End

LUCKNOW, (IANS) – He was known as ‘Dhartiputra’ and remained a true son of the soil. His style of politics was firmly grounded, and success and failure did not affect him. Mulayam Singh Yadav was one of the last of his generation of politicians who kept his values intact and did not corporatize his politics.

For him, the last man in the line remained important – whether it was from his family, his village, or his state. He was a friend of friends and even turned his foes into friends.

Mulayam had first contested the Assembly election from Karhal in 1967 on Ram Manohar Lohia’s Samyukta Socialist Party ticket. Groomed by the likes of Lohia and Raj Narain, Yadav served eight terms as a member of the Assembly.

In 1975, during Indira Gandhi’s imposition of the Emergency, Yadav was arrested and kept in custody for 19 months.

He first became a state minister in 1977. Later, in 1980, he became the president of the Lok Dal in Uttar Pradesh which later became a part of the Janata Dal. In 1982, he was elected leader of the opposition in the Uttar Pradesh Legislative Council and held that post until 1985. When the Lok Dal party split, Yadav launched the Krantikari Morcha party.

He first became the chief minister of Uttar Pradesh in 1989. Being a shrewd politician, he had the uncanny knack of sensing the upheavals in politics.

After the collapse of the V.P. Singh national government in 1990, he joined Chandra Shekhar’s Janata Dal and continued in office as the chief minister with the support of the Congress. His government fell when Congress withdrew support and Mulayam lost to the BJP in the midterm elections.

In 1992, he founded his own Samajwadi Party and then allied with the Bahujan Samaj Party for the elections to the Uttar Pradesh Assembly, held in November 1993.

The alliance between the Samajwadi Party and Bahujan Samaj Party prevented the return of the BJP to power in the state and he became the chief minister with the support of Congress and Janata Dal.

Mulayam’s stand on the movement for demanding separate statehood for Uttarakhand was controversial as was his stand on Ayodhya. The firing on Ayodhya activists and then Uttarakhand activists at Muzaffarnagar in 1994, remain black spots of his regime.

He was sworn in as the chief minister of Uttar Pradesh for the third time in September 2003.

Mulayam Singh Yadav was one of the few politicians who blatantly promoted nepotism and had no qualms about it. At any given time, there were about a dozen family members in politics in Uttar Pradesh.

“He always pushed us into politics and asked us to make a career for ourselves. It was always he who decided what was best for us and took keen interest in our careers,” said one of his nephews.

Mulayam shared a love-hate relationship with the media. His famous ‘Halla Bol’ agitation against some newspapers grabbed national headlines. However, Mulayam made sure that his individual relationship with journalists never deteriorated. Even if he ticked off a scribe for his writing, he made sure to call out to him and mend fences at the earliest.

For party workers, he remained their beloved ‘Netaji’ – one who was always approachable and available. “I do not remember a single occasion when I went to meet Mulayam and came back without doing so. He remembered even the smallest party worker by name, and it was this that endeared him to everyone,” said a senior party MLA.

Mulayam took tough decisions, and his officers implemented them. In fact, many claim that the politicization of bureaucracy began only after Mulayam became the chief minister.

In the past five years, after Akhilesh Yadav took over the reins of the party, Mulayam had withdrawn into a shell. The changing dynamics in the party reduced the stream of visitors into a trickle and Mulayam – for the first time, became a lonely man. “He would often ask us if there was anyone waiting to meet him. He loved going to the party office and relished the hustle-bustle there. At home, he had almost nothing to do, and this bothered him,” said one of his close staff members.

Mulayam was disturbed by the recent happenings in his family — daughter-in-law Aparna joining the BJP, the split between son Akhilesh and brother Shivpal. He made no public mention of it, but it was clear that he was deeply affected by what was happening.

The demise of his second wife Sadhana Gupta Yadav in July this year, sources say, left Mulayam distressed and lonely and this led to a deterioration in his physical condition.