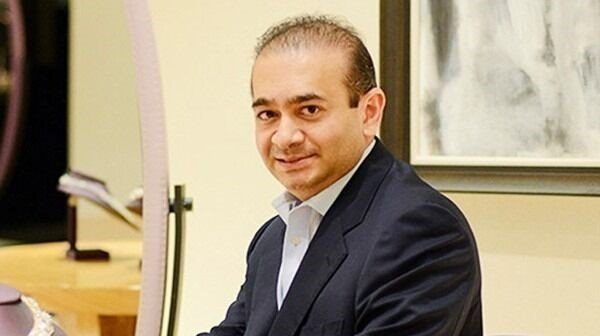 A special court, under the Fugitive Economic Offenders Act, 2018, has served a series of notices to diamantaire Nirav Modi and his sister Purvi Mehta – who turned approver five months ago – besides his group companies, ordering them to appear before Special Judge V.C. Barde in Mumbai June 11. (IANS photo)

MUMBAI – Fresh legal troubles are brewing in Mumbai for fugitive diamantaire Nirav D. Modi, currently battling for bail and against extradition proceedings in a U.K. court, officials said here May 13.

A special court, under the Fugitive Economic Offenders Act, 2018, has served a series of notices to Modi and his sister Purvi Mehta – who turned approver five months ago – besides his group companies, ordering them to appear before Special Judge V.C. Barde in Mumbai June 11.

Barde has also ordered them to explain why the special court should not “confiscate” the properties and assets of the two siblings and the other group companies as per the law in a money-laundering case filed by the Enforcement Directorate (ED) in early 2018.

The notices have been served to their known residences in Mumbai – four flats in the famed Samudra Mahal building on Dr. Annie Besant Road, and the Grosvenor House on Pedder Road.

The development comes exactly three-and-half-a-years after Modi, several of his family members, his maternal uncle Mehul C. Choksi and others, were accused of perpetrating a stunning fraud of around Rs. 14,000 crore in the Punjab National Bank (PNB).

Even before the PNB admitted the fraud and lodged a formal police complaint in January 2018, it emerged that Modi, Choksi and others had already fled the country as the Central Bureau of Investigation and ED launched their independent probes.

Shortly after the scam hit the Indian banking sector, a Mumbai magistrate in February 2018 issued a non-bailable warrant against Modi, the Interpol issued a Red Corner Notice, followed by India’s request in August 2018 to the U.K. authorities seeking his extradition back home.

It was in March 2019 that a massive furor erupted in India after Modi was found sauntering on a London street with the Indian authorities going after him with renewed vigor resulting in his arrest that same month.

As he remains in jail, a U.K. court in February 2021, cleared his extradition to India to face charges of bank frauds, money-laundering etc., even as Mehta and her husband Maiank Mehta turned approvers in the case in January 2021.

Incidentally, in the past couple of years, the ED and the CBI have managed to recover small sums by auctioning off Modi’s assets like half-a-dozen luxury vehicles, designer bags, high-value wristwatches, rare paintings, artworks and other stuff, while his deluxe bungalow in Alibaug was attached and demolished in March 2019.

After the PNB scam broke out, over the next couple of years, several other nationalized banks slowly came out into the open and revealed how the Modi-Choksi duo had duped and dumped them in various loan accounts.

Meanwhile, in early 2019, it came to light that Choksi had acquired the citizenship of Antigua & Barbuda island in West Indies in November 2017, and is currently embroiled in a legal tangle over his citizenship and related issues.