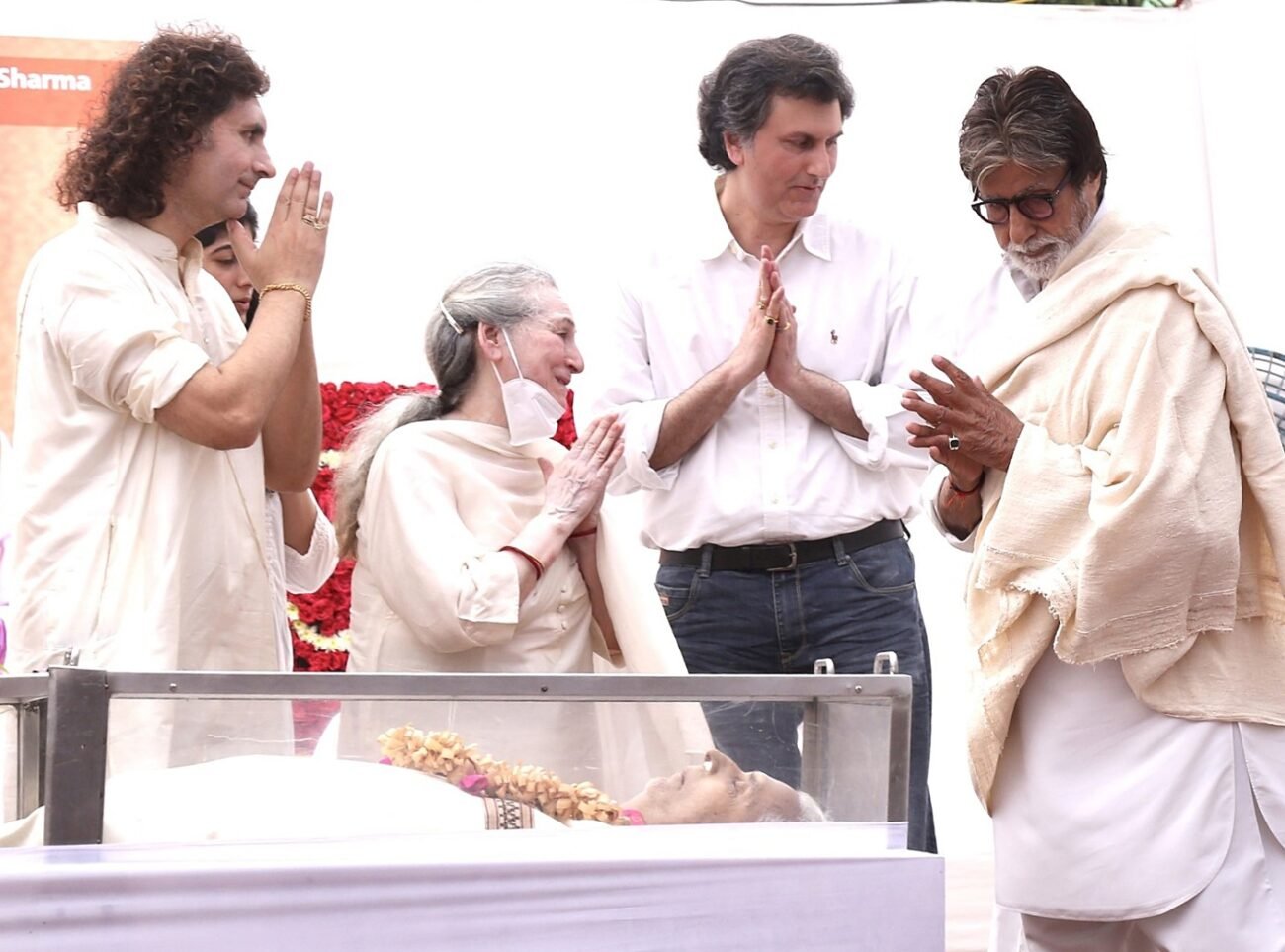 MUMBAI, (IANS) – Santoor maestro Pandit Shivkumar Sharma was cremated with full state honors, comprising Mumbai Police gun salute, at the Vile Parle Hindu crematorium, here on May 11 evening with Bollywood turning out in force to bid him a tearful adieu.

His wife Manorama, sons Rahul and Rohit, family members and film fraternity friends like his longtime partner Pandit Hariprasad Chaurasia and tabla exponent Zakir Hussain were among those present.

Earlier, many prominent personalities took Pt. Sharma’s final ‘darshan’ at his residence in Juhu, where his mortal remains were kept for three hours.

Later, hundreds of people could be seen on the roads bowing and offering their final farewell to the legendary musician draped in the tricolor as his flower-bedecked funeral cortege wended its way to the crematorium.

Born on January 13, 1938, Pt. Sharma brought the humble folk-music instrument ‘Santoor’ onto the world stage with his unique renditions.

He collaborated with the eminent flautist Pt. Chaurasia as the Shiv-Hari duo, composed music for several films including “Silsila”, “Lamhe”, “Chandni”, “Darr” and others.

Pt. Sharma was bestowed with honors and accolades including the Padma Vibhushan in 2001.

Top leaders, including Prime Minister Narendra Modi, Chief Minister Uddhav Thackeray and other dignitaries mourned the death of the 84-year-old Pandit Sharma following a cardiac failure on May 11 morning.