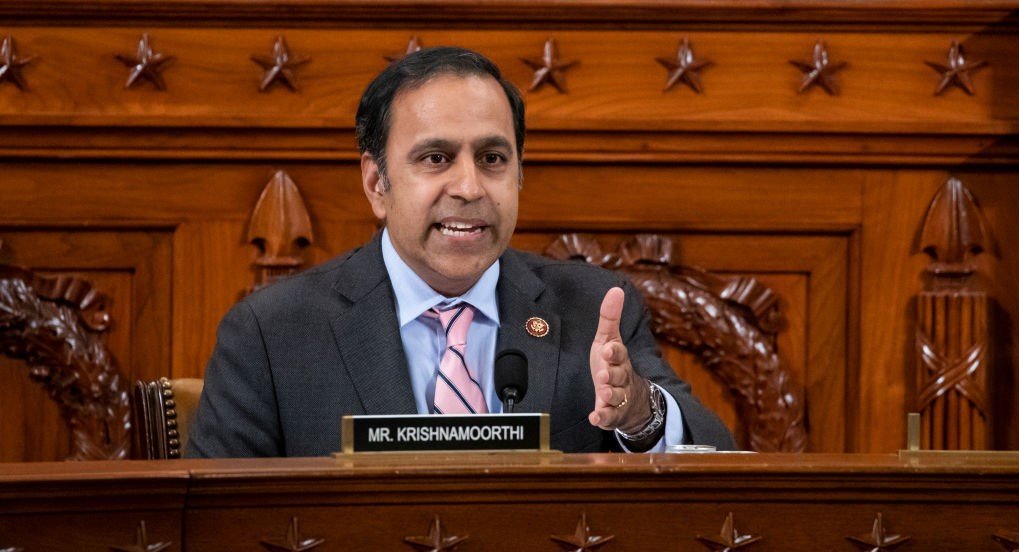 File photo ofU.S. Rep. Raja Krishnamoorthi during a hearing before the House Intelligence Committee on Capitol Hill Nov. 20, 2019 in Washington, DC. The Indian American congressman on May 2 participated in a panel discussion, hosted by the U.S.-India Political Action Committee, to address violence against Asian Americans, saying: “It is deeply disturbing, this rise of hate.” (Samuel Corum – Pool/Getty Images)

In light of the recent surge in anti-Asian violence across the country, a group of Fortune 1000 General Counsel and over 40 law firms announced the creation of The Alliance for Asian American Justice, a national pro bono initiative committed to standing up for victims, and preventing future acts, of anti-Asian hate.

Among the partners of the alliance is the National Asian Pacific American Bar Association.

“NAPABA is proud to join the newly established Alliance for Asian American Justice as part of a coalition of leading AAPI advocacy organizations, Fortune 1000 General Counsel, and over 40 law firms in a national initiative designed to ensure that victims of anti-Asian crime, hatred, and bigotry are able to access pro bono legal services,” the association said in a statement.

“The work of the Alliance leverages NAPABA’s existing intake efforts on hate crimes and hate incident reporting, and bolsters NAPABA’s leadership in providing victims, community based organizations, and community leaders with the information they need, in the language they understand, through its groundbreaking collection of hate crimes reporting toolkits, which were developed in partnership with the APIA Health Forum and translated into 24 different AAPI languages, the largest collection of its kind,” it added.

The alliance will coordinate and drive law firm pro bono resources on behalf of victims to assist and support them in obtaining legal remedies.

This can include providing victims with counsel to bring lawsuits to seek compensatory and other civil remedies or working with law enforcement to ensure that perpetrators are held accountable, where appropriate, it said in a news release.

It will also identify additional resources, when relevant, that will help victims navigate this challenging time, including specialized legal services, social services, and other community support.

“The world is facing a lot of challenges, especially in the United States as the pandemic has spiraled out of control and, as a consequence of that, we have seen actions that have impacted the Asian American community,” said Puri.

As part of its bi-weekly series of panels addressing issues of importance to the Indian American community, USINPAC’s panel brought together members of Congress as well as experts from academia and the private sector to discuss these issues.

“This has been an incredibly difficult year for all of us as our country has struggled with a dangerous pandemic, an economic recession and historic grappling with issues of systemic racism, prejudice and violence,” said Chu. “Since the start of the Coronavirus pandemic, there have been over 3,800 reported anti-Asian hate crimes and incidents, fueled by Donald Trump’s usage of the terms ‘China Virus’ and ‘Kung Flu,’ fanning the flames of xenophobia.”

“It is deeply disturbing, this rise of hate. The rise in hate crimes has been 169 percent in just the last year,” said Krishnamoorthi. “That number has also been going up steadily in the past five years. Combined with domestic, violent extremism, driven largely by white nationalism, this is an issue that we have to be worried about. We have to fight discrimination, bigotry, intolerance, prejudice and hate wherever it rears its ugly head.”

Anyone with complaints can contact the Asian American Legal Defense and Education Fund at StopTheHate@aaldef.org, AAAJ at https://www.standagainsthatred.org/report, or NAPABA at https://www.napaba.org/page/StandAgainstHate.