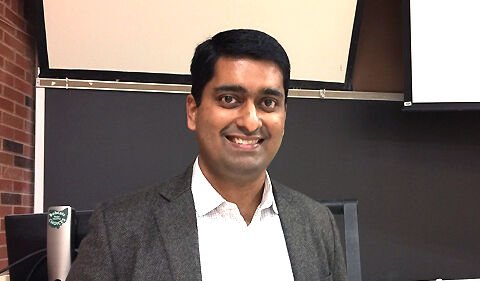 Rohan Akolkar of Case Western Reserve University was one of the outstanding Indian American inventors named a Senior Member of the National Academy of Inventors. (ohio-forum.com photo)

The National Academy of Inventors Feb. 10 has named 63 of the world’s best emerging academic inventors to its 2021 class of Senior Members, which includes several Indian Americans.

NAI Senior Members are active faculty, scientists and administrators from NAI member institutions who have demonstrated remarkable innovation producing technologies that have brought, or aspire to bring, real impact on the welfare of society, according to a news release.

They also have growing success in patents, licensing and commercialization, the NAI adds.

The ability to nominate an individual for NAI Senior Member recognition is an exclusive opportunity afforded solely to NAI member institutions to recognize their outstanding innovators. These organizations themselves are widely regarded as innovation powerhouses which continuously promote and foster the spirit of innovation, the academy said.

“NAI member institutions support some of the most elite innovators on the horizon,” NAI president Paul R. Sanberg said in a statement. “With the NAI Senior Member award distinction, we recognize and honor these innovators who are rising stars in their fields.”

Senior Members are elected annually on Inventors Day (Feb. 11). Nominations for the next Senior Member class will be accepted from Oct. 1 through Dec. 17 later this year.

The National Academy of Inventors is a member organization comprising U.S. and international universities, and governmental and non-profit research institutes, with over 4,000 individual inventor members and Fellows spanning more than 250 institutions worldwide.

It was founded in 2010 to recognize and encourage inventors with patents issued from the U.S. Patent and Trademark Office, enhance the visibility of academic technology and innovation, encourage the disclosure of intellectual property, educate and mentor innovative students, and translate the inventions of its members to benefit society.