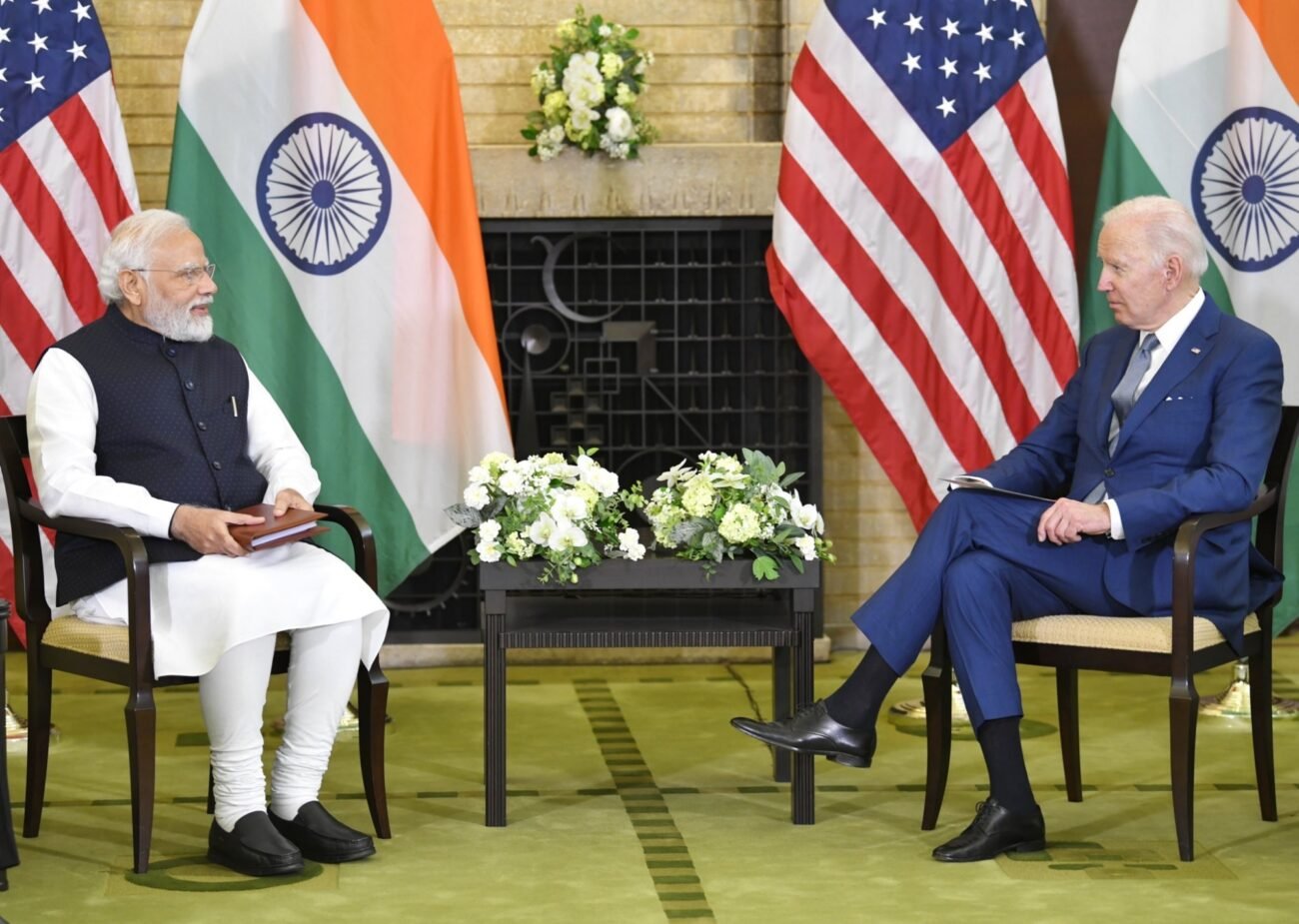 WASHINGTON, DC – President Joe Biden‘s administration unveiled the US National Defense Strategy 2022 on October 27. It lists plans to boost its defense ties with India to deter Chinese aggression in the region.

The latest Defense Strategy states that China presents the most consequential and systemic challenge, while Russia poses acute threats to vital US national interests abroad and to the homeland.

“The world is changing. We’re at a significant inflection point in world history. And our country and the world, the US has always been able to chart the future in times of great change. We’ve been able to constantly renew ourselves. And time and again, we’ve proven there’s not a single thing we cannot do as a nation when we do it together, and I mean that – not a single solitary thing,” President Biden stated in the introductory note to the strategy.

Defense Secretary Lloyd Austin highlighted the different challenges posed by China and Russia as he unveiled the strategy.

According to him the dangers are both conventional — Moscow’s aggression toward its neighbors and Beijing’s efforts to gain control of Taiwan — and nuclear, with Russia possessing an extensive arsenal and China’s stocks of atomic weapons growing fast.

The strategy likewise places the primary emphasis on China.

It further asserts that Beijing is seeking to “refashion the Indo-Pacific region and the international system to suit its interests and authoritarian preferences”, describing this dynamic as “the most comprehensive and serious challenge to US national security”.

The strategy says Chinese rhetoric about and “coercive activity” towards Taiwan, which Beijing has vowed to take control of, by force, if necessary, is a destabilizing factor that risks miscalculation and threatens peace in the area. As for Russia, it says the “acute threat” posed by Moscow has been most recently demonstrated by its invasion of Ukraine.

Though the strategy tries to portray the US ties in the Indo-Pacific as the most important one, yet India is mentioned in the strategy only five times and that too in the context of the Indo-Pacific, and there too it refers to China’s campaigns to establish control over the East China Sea, Taiwan Strait, South China Sea, and disputed land borders such as with India.

It proclaims to promote a free and open Indo-Pacific, which could only be achieved if the US builds collective capacity with other countries, like India. It further asserts that no region will be of more significance to the world and to everyday Americans than the Indo-Pacific, yet it fails to demonstrate India’s importance to achieve this goal as a partner.

The document lists the US Vision, Washington’s role in the global arena, and an overview of its strategic approach to different regional issues. Focusing on the Middle East, the strategy talks about tweaking its policy in the Middle East and North Africa by eschewing grand designs in favor of more practical steps that can advance US interests and help regional partners lay the foundation for greater stability, prosperity, and opportunity for the people of the Middle East and for the American people.

The strategy sets forth a new framework for US policy in the region based on America’s unparalleled comparative advantage in building partnerships, coalitions, and alliances to strengthen deterrence while using diplomacy to de-escalate tensions, reduce risks of new conflicts, and set a long-term foundation for stability.

However, it clearly states that the United States will not allow foreign or regional powers to jeopardize freedom of navigation through the Middle East’s waterways, including the Strait of Hormuz and the Bab al Mandab, nor tolerate efforts by any country to dominate another, or the region, through military build-ups, incursions, or threats.

But if we scrutinize the strategy in a little more detail then we realize the emerging contradictions present in the strategy. When the strategy declares the U.S. commitment to support countries “that subscribe to the rules-based international order”, will it include those OPEC countries which recently snubbed the U.S. demands for increased oil production?

When it talks about “military build-ups” then does it really mean that the US will halt its longstanding efforts to advance its partners’ “military build-ups” in the face of the threat from Iran? Further, how could the US achieve the Israeli “dominance” of Hamas and Hezbollah?

Further, the strategy lays stress on U.S. diplomacy to reduce tensions “wherever possible”, will it translate into normalizing ties with Syrian President Bashar al-Assad, or meeting with Hezbollah leader Hassan Nasrallah?