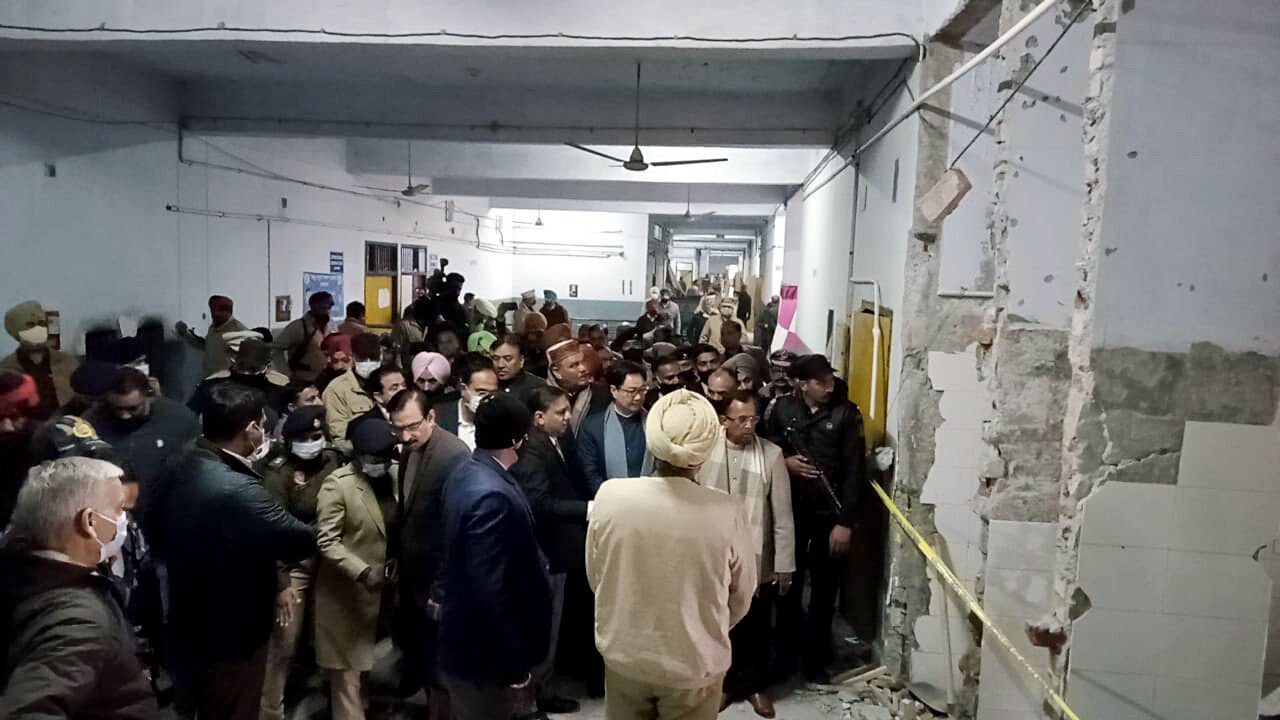 Union Minister of Law and Justice Kiren Rijiju with NCSC chairman Vijay Sampla during their visit to the site where a bomb exploded at Ludhiana District Court, in Ludhiana on Dec. 24. (ANI photo)

NEW DELHI – A team of the National Investigation Agency will travel to Germany to question the member of designated terror group Sikh for Justice Jaswinder Singh Multani for his alleged involvement in the Ludhiana blast case, said a senior officer Dec. 31.

According to the officer, NIA will initiate the proceedings to bring Multani to India but before that, the agency is in the process to register a case against Multani and others under the Unlawful Activities (Prevention) Act and other Indian Penal Code sections. Sikhs For Justice is a designated terror group in India.

“These Pro Khalistan supporters were radicalizing youth in Punjab and using social media platforms to propagate their agenda and terror activities. Ahead of Punjab elections, there is a sudden surge in their activities to destabilize peace in the state,” the officer said.

“Multani has been detained by German police and is being questioned. He is on their radar. After registering FIR, a team of NIA will be reaching Germany to question him in detail because we have got strong evidence of his involvement in the Ludhiana blast case and further planning of more such attacks in the country,” he said.

When asked regarding a video released by SFJ’s Gurpatwant Singh Pannu claiming Multani had not been arrested, he said Multani has been detained not arrested. Sources stated that the agency will make all efforts through diplomatic channels to bring him back to India for investigation. The NIA is also keeping watch on other pro-Khalistan groups and supporters operating from other countries.

During the investigation into the Ludhiana blast case, it was found that the banned outfits and their operatives have been raising funds to procure arms, ammunition and explosives through the smuggling networks in Punjab for carrying out terror attacks.

A bomb blast had occurred at the Ludhiana court complex on Dec. 23 that killed one and injured two others.