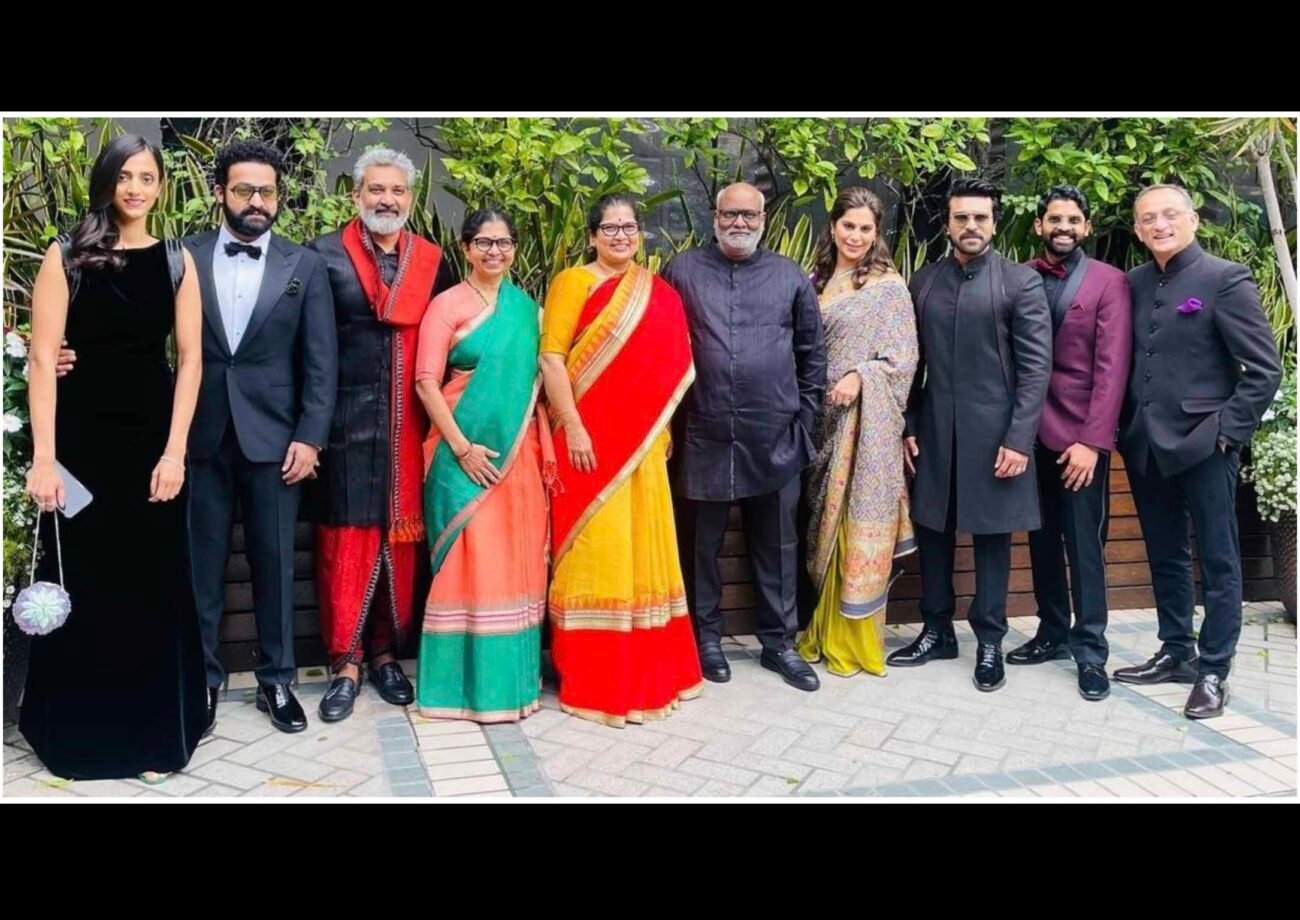 The 80th Golden Globe Awards was held on January 10 at the The Beverly Hilton, here
‘RRR’ was India’s big hope at the Golden Globes this year, but even as Indian Americans felt saddened by the loss for Best Film, the thrill of winning a Globe for music was acknowledged on Twitter, Facebook and email with great cheer.

‘RRR’, which has drawn attention with a collection of over Rs 1,200 crore worldwide and its stars Ram Charan and Jr NTR ‘s blinding dance moves to the winning song ‘Nattu Nattu’ has won accolades.

To receive the honor was music composer M.M. Keeravani, who was accompanied by his wife Srivalli. He dedicated the award to Rajamouli and Ram Charan and NTR Jr. Accepting the award, he said: “Thank you very much for this prestigious award: This award belongs to SS Rajamouli for his vision, I thank him for constantly believed and supporting my work. N T Rama Rao and Ram Charan who danced with full stamina.”

“Where will I put my trophy? In my heart!” With these words S.S. Rajamouli ended his chat with ‘The Hollywood Reporter’ on the Golden Globes red carpet. Looking very patrician in his black dhoti and kurta, with a red-bordered back shawl, Rajamouli responded to the anchor reacting to the scenes at LA’s iconic Chinese Theatre the previous night, where the audience started dancing to ‘Naatu, Naatu’ on the aisles. “Isn’t that great? To take the audience out of their seats and make them dance,” Rajmouli who was at the ceremony with his wife Rama said. “I think it comes from the joy of film watching.”
He noted: “I don’t think America has ever seen that kind of reaction from the audience. Back in India we do. … Humans are humans across the globe wherever they are.” Talking about the attention RRR is getting and the Oscar season buzz it has created, Rajamouli said: “It really feels great. In India, we make thousands of movies but we hardly get any recognition outside our country. If it puts the spotlight on our films and helps our filmmakers take our stories to the world, it’ll be really great.”

As the number ‘Naatu Naatu’ from ‘RRR’ was named the Best Original Song Ram Charan who attended with his wife Upasana was on Instagram. He wrote: “& WE WON THE GOLDEN GLOBES.” Telugu Mega Star Chiranjeevi, a.k.a. Ram Charan’s father, reacted ecstatically to the Golden Globe for ‘Naatu Naatu’. He tweeted, “What a Phenomenonl Historic Achievement!!!! Golden Globes Best Original Song – Motion Picture Award to @mmkeeravaani garu!! Take a Bow! Heartiest Congratulations Team @RRRMovie & @ssrajamouli!! India is proud of you! #NaatuNaatu
NTR Jr
Talking to ‘The Hollywood Reporter’ on the red carpet, looking dapper in a tuxedo and bow tie, with wife Lakshmi Pranathi also in black, NTR Jr said: “It can’t get any better than this. The West accepting us … America, the Mecca of filmmaking … here we are at the Globes. What more can an actor ask for? … We are truly honored, truly honored.” He came to the Globes with wife Lakshmi Pranathi
A R RAHMAN

Music composer AR Rahman, who was the first Indian to win a Golden Globe in Best Score category for the 2009 film ‘Slumdog Millionaire’, congratulated the team of ‘RRR’. He tweeted: “Incredible ..Paradigm shift Congrats Keeravani Garu from all Indians and your fans! Congrats @ssrajamouli Garu and the whole RRR team!”