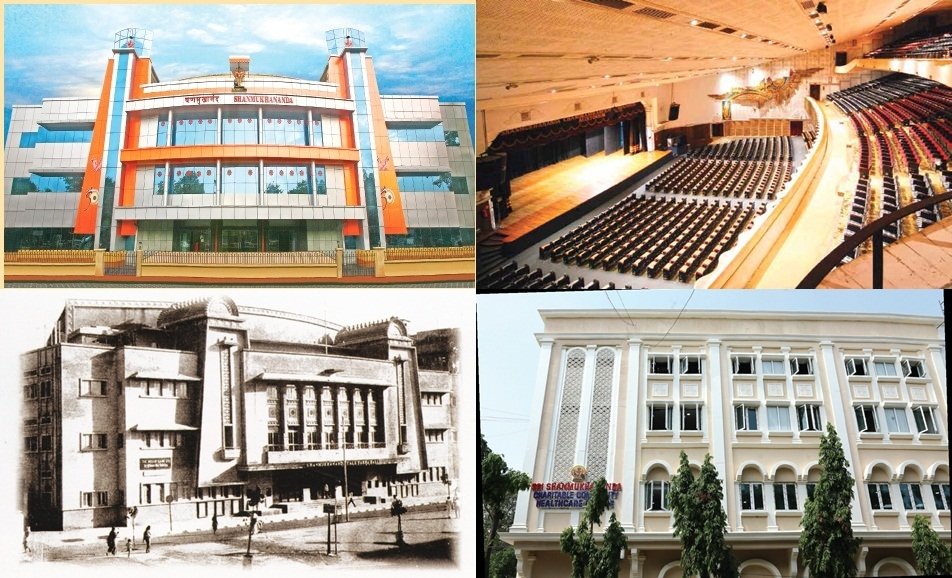 MUMBAI, (IANS) – It was a combination of various factors — inspiration by the then Prime Minister Pandit Jawaharlal Nehru, a die-hard initiative of the South Indian community, and the benevolence of realtor Pallonji Shapoorji Mistry, who died on June 28 — that helped Mumbai get its landmark, world-class auditorium, the famed Shanmukhananda Hall, 59 years ago.

Around 1957, Nehru addressed a gathering of top businessmen in Bombay and rued that though the city prides itself as the “country’s commercial capital”, it did not have a single worthy business venue, convention Center, exhibition facility, or even a good auditorium, and how Delhi led on these counts.

That fired the imagination of the tiny South Indian community, mostly Tamilians, to do something for the city, with the Sri Shanmukhananda Fine Arts & Sangeetha Sabha taking the lead.

“We got down to fulfilling Panditji’s desire, asked the BMC for a small plot of land in Kings Circle and even acquired some other land around it. Then, we were stuck for funds and for nearly four years, the proposal was stuck,” recalls SSFASS President Dr. V. Shankar.

After herculean efforts, including selling off a portion of the land, the SSFASS finally invited the ‘Uncrowned King of Bombay’ S.K. Patil — later the railway minister — to lay the foundation stone in 1959, for the hall designed free of cost by the legendary architect B.V.S. Iyengar.

“Patil loved the project and became its ‘guardian angel’ and guided us at every step to help realize Panditji’s aspirations. The work was given to the Shapoorji Pallonji Group, but owing to lack of funds, it was stuck for nearly four years,” Dr. Shankar said.

Then, aware that the trustees were practically broke, Pallonji Mistry quietly took the matter in his hands and ordered completion of the 3,200-seater hall — at a staggering cost of Rs 32,00,000, which the SSFASS managed to pay in small installments.

On August 22, 1963, Mumbai got a world-class auditorium — the Shanmukhanda Hall — an iconic landmark on the lines of London’s Royal Albert Hall, Sydney Opera House, New York’s Carnegie Hall or the Philharmonie de Paris.

The SSFASS sent an invite to Nehru to inaugurate it, but he could not make it owing to prior commitments, and asked his sister, then Governor of Maharashtra Vijayalakshmi Pandit to do the honors.

Early in 1964, Panditji ordered that the AICC Session presided over by K. Kamaraj should be held here — the country’s first PM’s last critical party meeting before his demise in May 1964,” said Dr. Shankar.

Remembering an anecdote, he said at that time, the hall’s air-conditioning unit was stuck in some bureaucratic logjam, so the AICC organizers thought of a quick alternative.

“They brought truckloads of 200-300 tons of ice blocks and stacked them on the roof… It cooled the entire hall marvelously, making it world’s first-ever ‘ice-cooled’ event and the Congress leaders indulged in their heated debates without a sweat,” smiled Dr. Shankar.

Over the years, the Shanmukhananda Hall hosted all Presidents and Prime Ministers of India — the last one was Narendra Modi in April 2022, several national and international dignitaries, and all major political parties also regularly hold their conventions here.

Once during some riots in Mumbai, the hall suffered stone-throwing incidents, and when the Shiv Sena founder Balasaheb Thackeray heard of it, he was furious and said that’s ‘majha (my) hall’ and should not be attacked, and miraculously, the vandals immediately stopped.

The then PM Indira Gandhi made it a point to announce several major national decisions from the venue and remained one of the ‘most valued patrons’ of SSFASS till the end.

Suddenly in 1990, tragedy in the form of an accidental fire during a children’s event reduced the auditorium to ashes — though there were no human casualties — stunning people all over the world.

The then Chief Minister Sharad Pawar, and later CM Manohar Joshi, chipped in by organizing around Rs 2.50 crore financial help, Pawar even wrote to all other states in India to contribute to the rebuilding efforts, garnering another similar amount.

In 1998, the Shanmukhananda Hall was resurrected at a cost of around Rs 18 crore, a majestic, ultra-modern auditorium, but with a reduced seating capacity of 2,800.

It remains the Most Preferred Venue for all domestic and global events, its diary packed with bookings for over 325 days and more than 6,00,000 footfalls annually — barring a brief lull in monsoon.

As the Shanmukhananda Hall marches to its Diamond Jubilee in 2023, the grateful SSFASS trustees publicly acknowledged Pallonji S. Mistry’s efforts to help Mumbai get an epochal auditorium and now desire to commemorate his memory in a permanent way on its premises.