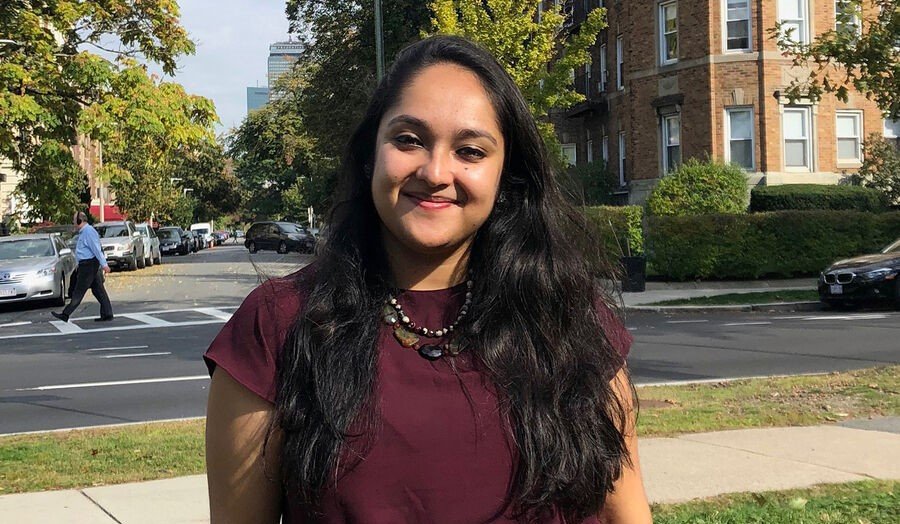 The Massachusetts Institute of Technology recently announced that Nepalese American Apekshya Prasai was named the recipient of the 2021 Jeanne Guillemin Prize.

Growing up in the periphery of the civil war in Nepal, Prasai was exposed to a 10-year conflict that by some accounts left 19,000 people dead and 150,000 people internally displaced, the MIT report notes.

The insurgency was led by the Communist Party of Nepal-Maoists with the aim of overthrowing the ruling monarchy and establishing a people’s republic. The war ended in 2016 under the auspices of the United Nations, and a peace treaty between the Nepalese government and the Maoist rebels, it said.

“We lived in Kathmandu, the capital city, and were fortunate to be sheltered from most of the conflict and direct violence. But we were close enough to be aware of and concerned about what was happening in the countryside,” Prasai told the institute.

Of the many related activities that were difficult for Prasai to make sense of at the time, she was particularly perplexed by the large numbers of women who joined the People’s War.

“Thousands of women were fighters, leaders, and in other kinds of support roles in this violent conflict. And given the deeply patriarchal nature of our society, I have always found this to be astounding,” she adds in the report.

As a doctoral candidate in the Department of Political Science, Prasai seeks to better understand this puzzling phenomenon and investigate the dynamics of women’s participation in conflict.

Drawing on original data collected through fieldwork in Nepal and secondary data from across South Asia, Prasai’s dissertation analyzes the processes that trigger women’s inclusion in rebel organizations and examines how women themselves influence these processes, MIT said.

In the past, she has chaired the Women in International Politics and Security working group at CIS — a network that supports women graduate students, fellows, and faculty in the greater Boston area.

Prasai also served as gender and diversity co-chair in the political science department’s Graduate Student Council and was a member of its Diversity, Equity and Inclusion committee, MIT said.

“The Guillemin prize is especially meaningful to me because Jeanne was not only an esteemed research scientist, but she was also passionate about supporting women. I share her commitment and feel humbled and honored that I could benefit from her generosity,” says Prasai, who left Nepal in 2012 for undergraduate studies in the U.S. at Bowdoin College.

She will apply the funds from the Guillemin prize toward additional fieldwork in Nepal. Although the Covid-19 pandemic has delayed her travel plans, she hopes to return by the end of this year.