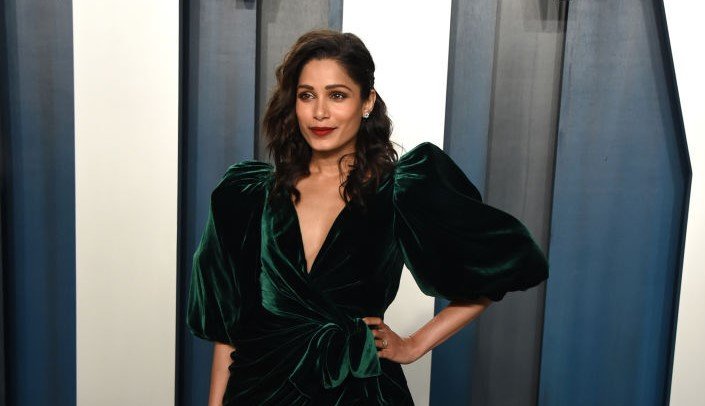 Netflix has acquired the rights to Indian American writer Alka Joshi’s debut novel, “The Henna Artist,” and is set to bring it to the small screen with Freida Pinto as star and executive producer.

According to the Web site Deadline, the project will be written and executive produced by Sri Rao through his Sri & Company, whose mission is to tell stories that center on South Asian characters and artists, with a particular focus on women and the LGBT community.

Netflix acquired the rights from Miramax TV, which had optioned the novel in the summer of 2020.

In the novel, Lakshmi, who will be played by Pinto, is Jaipur’s most in-demand henna artist, with access to the inner sanctums of the city’s wealthiest women and privy to their most scandalous secrets. But Lakshmi harbors secrets of her own and as she falls in love and endeavors to create a life for herself in a newly-independent India, her past returns to threaten her position within Jaipur’s high society.

“’The Henna Artist’ has tremendous potential to become that bingeable, high-quality, multilayered television show that honors the glory and beauty of India, its culture and its people,” Pinto told Deadline last year.

As part of his collaboration with the Netflix creative team in India, Rao is currently finalizing the upcoming series “Finding Anamika,” starring Bollywood star Madhuri Dixit, set to be released early next year.

“For the longest time, no one in Hollywood was interested in my experiences as an Indian American person. I often found myself creating worlds that were filled entirely of white characters,” Rao told Deadline. “But I held on long enough to get to this point where the industry is slowly changing. Our mission at Sri & Company is to find the most talented South Asian writers, actors, authors, and other artists from around the world and create compelling content that’s entertaining for all audiences, regardless of the color of their skin.”

Published by HarperCollins/MIRA in March 2020, The Henna Artist novel was Reese Witherspoon’s Hello Sunshine Book Club Pick of the Month in May of that year.

“Alka has crafted a beautiful story of independence, family, heartbreak and success, led by a captivating heroine with an indomitable spirit, and we are very excited to collaborate with Alka, Michael and Freida to bring this extraordinary journey to the screen,” Miramax head of worldwide television Marc Helwig said at the time of the book acquisition last year.

Joshi, who lives in Pacific Grove, California, grew up in Jodhpur. At the age of 51, she began pursuing her MFA at the California College of Arts, after decades of running her own advertising firm. She released her debut novel at the age of 62.

Joshi is currently researching the third book in the trilogy.