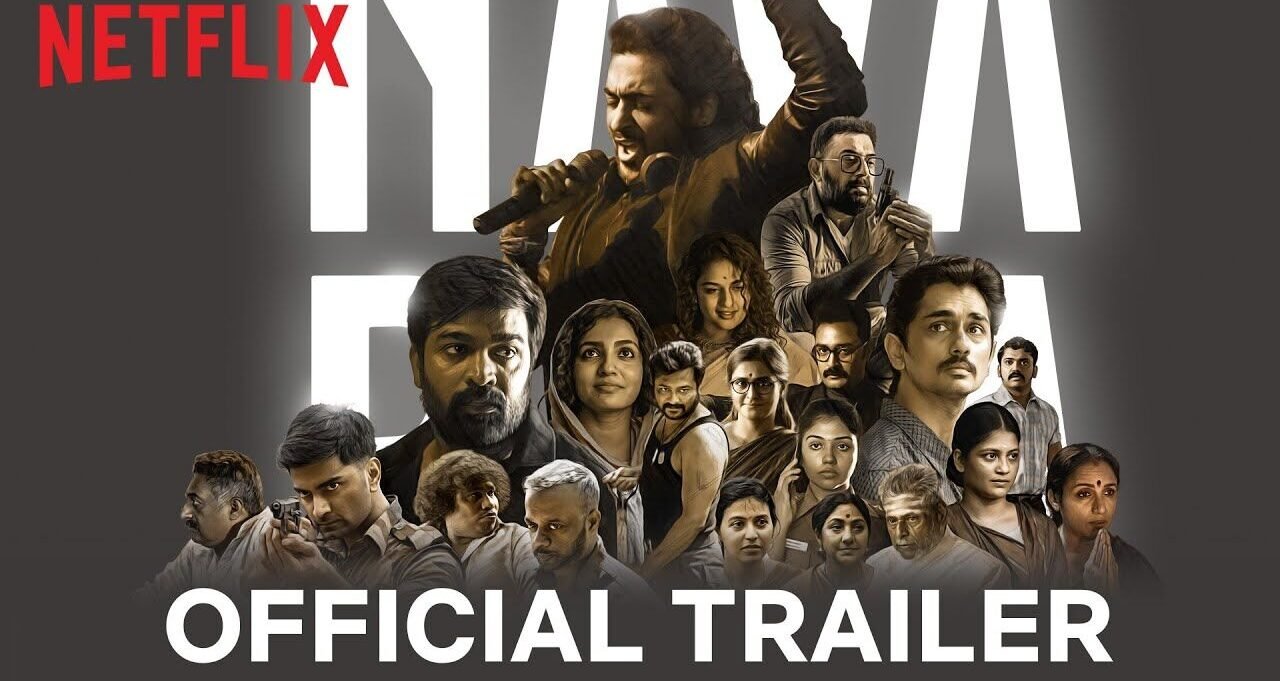 9 Stories, 9 Emotions and one incredible journey.

Navarasa is truly a cinematic marvel and a landmark moment of cultural pride for the Tamil entertainment industry, as the finest and most acclaimed talent has come together to bring this project to life. The most prolific actors, directors, musicians, writers, producers and technicians from the industry, and beyond, have collaborated to make this incomparable dream a reality. While the spectacular creative community of Tamil cinema came together for this one-of-a-kind project, many leading icons of the industry graciously offered their services pro-bono contributing the proceeds from the films towards the well-being of film workers in Tamil cinema impacted by the pandemic.

Netflix July 27 launched the trailer of “Navarasa,” the nine-part Tamil anthology, spearheaded by Mani Ratnam and Jayendra Panchapakesan. Based on nine ‘rasas’ or human emotions — anger, compassion, courage, disgust, fear, laughter, love, peace and wonder — this anthology is the coming together of the creative community of Tamil cinema, marking a larger-than-life cultural moment for the entertainment industry in India.

Apart from the creative excellence of Navarasa and its talent pedigree, the anthology is also a one-of-its-kind initiative aimed at extending support to film workers in Tamil cinema impacted by the pandemic. Nine directors — Arvind Swamy, Bejoy Nambiar, Gautham Vasudev Menon, Karthik Subbaraj, Karthick Naren, Priyadarshan, Rathindran R. Prasad, Sarjun and Vasanth S. Sai — come together to embark on a journey to bring each ‘rasa’ to life. Produced by Justickets, co-founded by Mani Ratnam and Jayendra Panchapakesan, “Navarasa” will premiere exclusively Aug. 6 on Netflix across over 190 countries.

Mani Ratnam and Jayendra Panchapakesan, in a joint statement, said: “Emotions may be momentary, but some of those moments stay with us for life. Emotions are a part of our everyday life, and yet some of these can change the course of our lives. This is what makes “Navarasa” interesting.”

“Though at most times there is more than one emotion in play, often it is one that takes control of our mind and soul and spurs us into action. ‘Navarasa’ is a collection of nine stories born out of nine such emotions.”

“Some of these pivot in a moment. Some take shape from deep- rooted feelings. ‘Navarasa’ showcases them all. We are extremely happy and proud of our colleagues in the industry, directors, actors and technicians, who have created engaging, exciting stories from these nine emotions or the classical rasas. We are sure viewers across the globe will enjoy and celebrate this confluence of rasas.”

The “Navarasa” anthology of short films was conceived by Ratnam and Panchapakesan (also co-founder, Qube Cinema) as an initiative that will raise funds to support those in the cinema industry who have been acutely affected by the COVID-19 crisis. The project is being produced under the banner of Justickets, in association with AP International and Wide Angle Creations as executive producers. All the talent and companies involved in the project have offered their services pro bono, with the sole objective of supporting the industry at large.