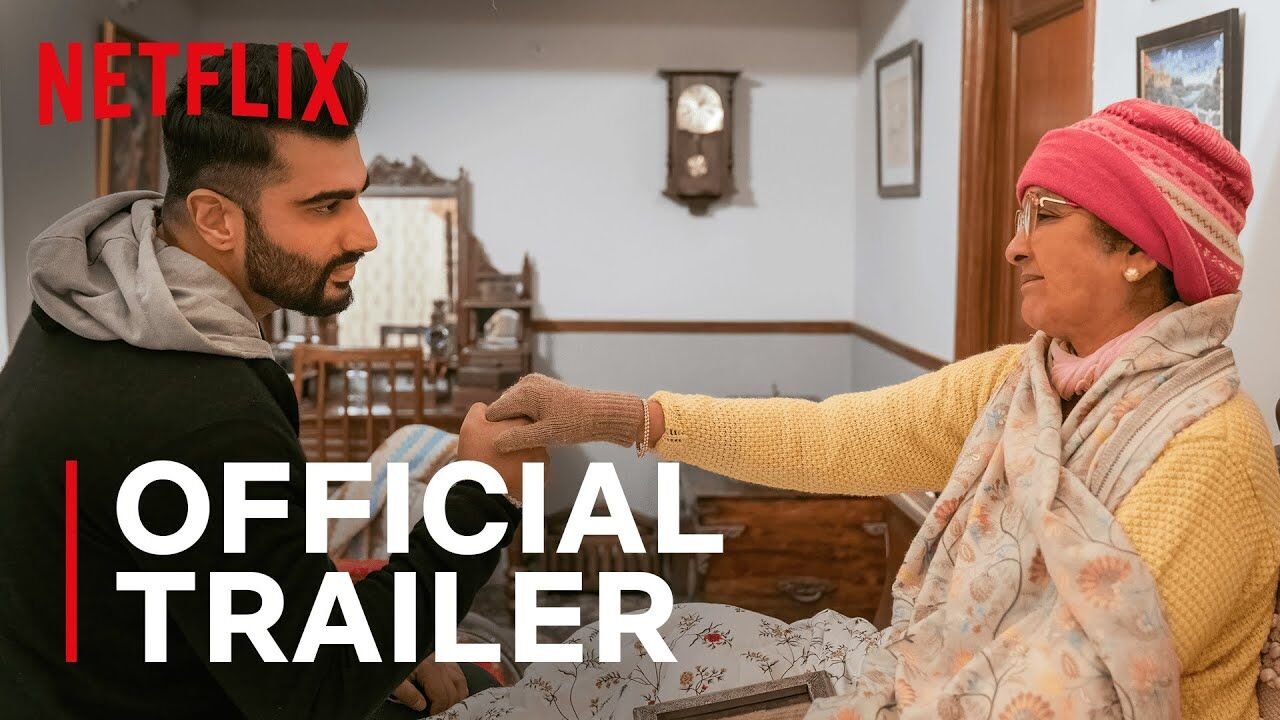 A story of a romance that spans seven decades and two countries, a story of sub-continental hustling and earthy ingenuity, a story of victory against impossible odds. ‘Sardar Ka Grandson’ is a strange and sweet tale where petty egos, religion, enmity, borders and oceans of red tape are all finally defeated by the simple humanity of one determined man.

MUMBAI — A grandmother’s last wish, a dedicated grandson, and a heartwarming journey: Netflix’s “Sardar Ka Grandson” promises warmth, love and celebration of the bonds within a large Punjabi family. The family entertainer releases May 18 and is produced by Emmay Entertainment and directed by Kaashvi Nair.

The film showcases the journey of a US-returned grandson (Arjun Kapoor) who will go to any length to fulfill the last wish of Sardar (Neena Gupta), the family matriarch. Directed by Kaashvie Nair, the film explores their unique relationship and is a tribute to multi-generational family bonds.

A quirky comedy revolving around a relationship between Amreek Singh, played by Arjun Kapoor and Neena Gupta who plays ‘Sardar’ Rupinder Kaur, his aging grandmother whose idiosyncratic behavior drives everyone crazy. Singh plays the character of Radha, a sensible, quiet girl who is tired of Amreek’s shortcomings. The dramedy is a sweet tale where petty egos, enmity, borders and oceans of red tape are all finally defeated by the simple tenacity of one determined man.

Director Kaashvie Nair said, “”Sardar Ka Grandson” is personal because it is a delectable mix of my grandparents and my attachment to my childhood home. It celebrates the unconditional love between grandparents and grandchildren. I feel like I am one of the luckiest debut directors to have an eclectic mix of actors, a strong crew and unconditional support from the producers Nikkhil, Madhu, Monisha, John and Bhushan Kumar. Bringing the story to life on Netflix is just the icing on the cake! I can’t wait to see how the world reacts to our film!”

Veteran actress Neena Gupta said, “This is the first time that I’m playing a character like this. A lot of effort was put into honing the way Sardar talked, looked and reacted to situations. “Sardar Ka Grandson” is a joyous ride filled with mixed emotions that will make the audience smile, and also leave a tear or two in their eyes. I just wanted everyone to watch this film with their family and have a great time.”

Sharing his thoughts on the film, Arjun Kapoor added, “”Sardar Ka Grandson” is an emotional film with a strong message. This will be a perfect family viewing experience for all! Being a part of the film with such an amazing ensemble cast was a very pleasant experience and shooting with them never felt like work. The experience constantly helped me learn and grow. I can’t wait for the audience to see this sweet relationship between a grandmother and her grandson, which has never been portrayed in this manner.”

Known for some of the most critically-acclaimed Tamil and Telugu movies, actress Rakul Preet Singh took the driver’s seat (quite literally) on the sets of “Sardar Ka Grandson.”

Talking about her experience on the sets, Singh said, “I personally like driving a lot and the entire process was a lot more fun than one could have imagined. As they say, driving a truck is not easy, but I was able to take it on confidently. We had a truck driver on set to train us how to maneuver the big truck, which helped me pull it off. On set people were surprised with my driving skills, and once you watch the movie you will understand it better. It was like a once in a lifetime experience for me.” Rakul was seen driving the truck better than Arjun Kapoor and even the actual driver. With Arjun riding shotgun, Rakul also managed to effortlessly reverse the truck during a take.

So do watch out for this quirky tale of a Sardar and her grandson.