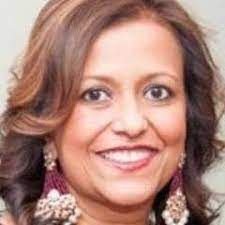 The American Association of Physicians of Indian Origin, or AAPI, April 11 announced the individuals who will serve as the leadership team for 2021-2022 and beyond.

The vote for the elections was done entirely online due to the ongoing COVID-19 pandemic, the association said in a news release.

The trio joins Dr. Anupama Gotimukula and Dr. Ravi Kolli, who are serving on the current executive team as president and president-elect, respectively for the 2021-2022 year.

Dr. Sudhakar Jonnalagadda, now the immediate past president, announced the executive team, which he said is a “dynamic team to lead AAPI, the largest ethnic medical organization in the United States in the coming year and beyond.”

Also elected to two-year terms were Drs. Sapna Aggarwal, Lokesh Edara and Srinagesh Paluvoi, all of whom were named to the Board of Trustees, which is led by chair Dr. Kusum Punjabi.

“As the incoming president of AAPI, I would like to congratulate my incoming new team for the fiscal year 2021-22,” Gotimukula said in a statement. “I’m very honored, privileged and consider myself fortunate to be bestowed with the responsibility of leading the nearly four decades old organization with the cooperation and collaboration of an excellent group of dedicated, hardworking, and loyal officers and executive committee members who are with me to take AAPI to new heights,” Gotimukula added.

“AAPI is fortunate to have more women representation in 2021-22 year and the team is excited working towards strengthening the goals and mission of AAPI and to visualize AAPI as a healthcare leader in U.S. and globally and work in the best interests of our physicians and our communities,” Gotimukula added.