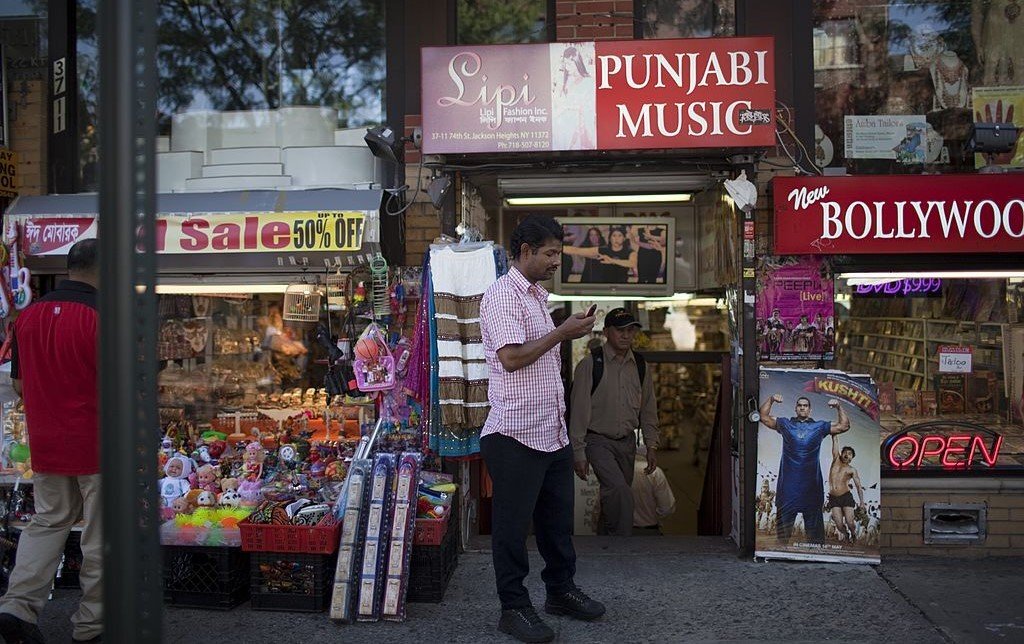 An Indian American man reads a cell phone message in Jackson Heights, Queens, New York. The Asian American population in the U.S. has jumped by almost 37 percent over the past decade, according to new data from the U.S. Census Bureau. (Robert Nickelsberg/Getty Images)

The Asian American population grew almost 37 percent over the past decade, even as the U.S. overall experienced a slowdown in growth, according to new data released by the Census Bureau Aug. 12.

“The U.S. population is much more ethnically diverse than what we have measured in the past.” he said.

The overall U.S. population now stands at 331.4 million, an increase of 22.7 million, despite the slowdown in percentage of growth from previous Censuses.

The U.S. Census is taken once every 10 years, and aims to count every resident in the U.S., regardless of immigration status. The 2020 Census had a couple of major hurdles: attempting to collect data during the Covid-19 pandemic and stay-at-home orders; and an attempt to add a question about citizenship to the nine-question form, which civil rights advocates fought against, fearing it would deter immigrants from filling out their Census forms.

Census data is used to allocate billions of dollars of funds to states to shore up infrastructure, public health, housing, and a myriad of public services. Cities and counties use the data to determine where to place new schools, transportation, hospitals, and other services.

The data collected by the Census determine the number of seats each state has in the U.S. House of Representatives — a process called apportionment — and is also used for redistricting: adjusting or redrawing electoral districts based on where populations have increased or decreased.

“These data, with their rich demographic characteristics, play an important role in our democracy,” said Ron Jarmin, acting director for the Census Bureau. He noted that the pandemic “significantly delayed our ability to process data in a timely manner, but we are confident that the data is accurate.”

Jarmin noted that it was too early to speculate about under-counts. Many immigrant rights advocates feared an under-count of people unwilling to fill out the form, as the former Trump Administration attempted to implement its “public charge” rule.

APIAVote released a press statement shortly after the Census Bureau released its initial report. “The United States Census Bureau’s new demographic data confirms what we knew to be true: Asian Americans and Pacific Islanders are growing in size all across the nation and are driving our country’s population growth,” said Christine Chen, executive director of Asian and Pacific Islander American Vote.

“Our population growth means an opportunity to increase our political voice and power. Elected officials cannot afford to ignore us. They need to engage our communities to be able to address the policies and secure the resources to dismantle systemic inequalities and end anti-Asian hate. APIAVote is working to ensure that voters pick their leaders, not the other way around,” she said.

Chen said that with the release of the data begins redistricting, a process that is sometimes misused in what is known as gerrymandering: carving out districts to favor certain candidates, or to create Congressional districts which largely support one party.

Each state draws new legislative boundaries every 10 years, based on Census population data.

“While we continue to advocate for the end of gerrymandering, our local partners have been working for months providing personal testimony and attending redistricting hearings in Texas, Georgia, Arizona, and many more states. We are committed to and investing in ensuring our voices are heard, because only through fair maps can the potential of our growth evidenced in the 2020 Census be realized,” said Chen.