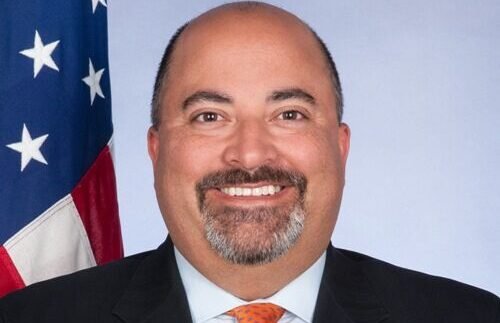 NEW DELHI – Career diplomat Atul Keshap, the new Charge d’Affaires at the U.S. Mission in India, July 2 said he will work to “further strengthen the warm and dynamic U.S.-India partnership.”

“Namaste! My name is Atul Keshap, and it is my honor to serve as Charge d’Affaires at the U.S. Mission in India. As a proud Indian American, it is my privilege to work with all of you as we further strengthen the warm and dynamic #US-India partnership,” tweeted Keshap, 50, who served in the U.S. embassy earlier.

U.S. Secretary of State Antony Blinken said in a tweet that Keshap’s wealth of experience will help advance shared priorities between the two countries.

“Pleased to announce that Ambassador Atul Keshap will soon arrive at US Embassy in New Delhi as Charge d’Affaires. Ambassador Keshap’s wealth of experience will help advance our shared priorities as we work with India to overcome global challenges like the COVID-19 pandemic,” Blinken said.

Keshap was born in June 1971 in Nigeria to Punjab-born Dr. Keshap Chander Sen, who served as a United Nations development economist.

His mother, Zoe Calvert, had earlier served in the U.S. Foreign Service. Along with his three siblings, Keshap grew up across countries like Nigeria, Lesotho, Zambia, Afghanistan and Austria.

Keshap’s wife Karen is also a Foreign Service officer and they have a son and three daughters.

The U.S. Department of State statement said Keshap will bring a wealth of experience to the role, having served previously at the U.S. Embassy in New Delhi and as Deputy Assistant Secretary of State for South Asia.

It said most recently he served as the Principal Deputy Assistant Secretary of State for the Bureau of East Asian and Pacific Affairs and as the U.S. Ambassador to Sri Lanka and the Maldives.