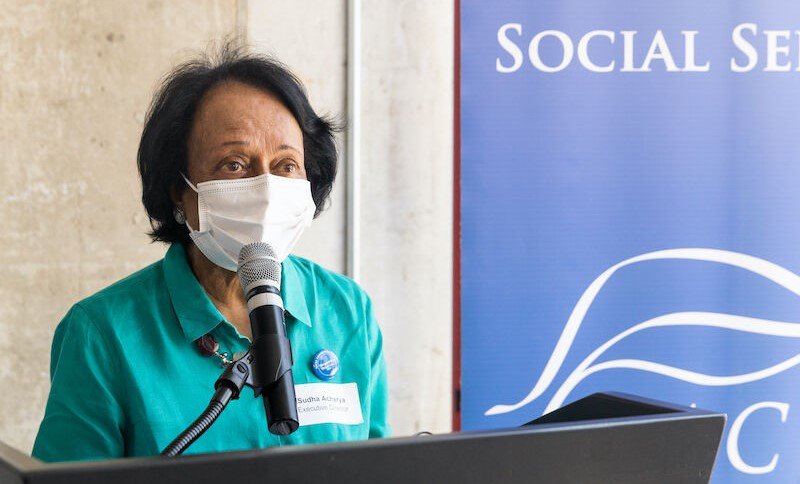 Located in the heart of Flushing, the center is a two-story building with a finished basement from which SACSS, a 20-year-old nonprofit organization dedicated to empowering underserved Indian American and South Asian and other immigrants, according to a press release. The center will offer an expanded food pantry, more space for senior immigrants to gather, and increased health access, among other services.

At the ribbon cutting, Meng commended SACSS’s exceptional work in responding to the needs of the community, saying, “The center is for the community, which is not limited to South Asians, SACSS works for all immigrants who need them.”

Sudha Acharya, Indian American executive director and founder of SACSS, thanked the efforts and generosity of the elected officials, donors, and many others. “It is said that it takes a village to raise a child. We now know that it takes a city to raise a community center, city with a small c, and the one with the big C,” she said, adding that it was a dream come true, especially in light of the huge and continued need for services such as the food pantry as a result of the pandemic, and the devastating impact it has had on immigrant communities.

In 2020, SACSS served more than 30,000 people struggling to feed their families, pay their bills, stay healthy, and survive, noted the release. All SACSS services are free and offered in18 languages spoken widely among South Asian and other immigrant communities.