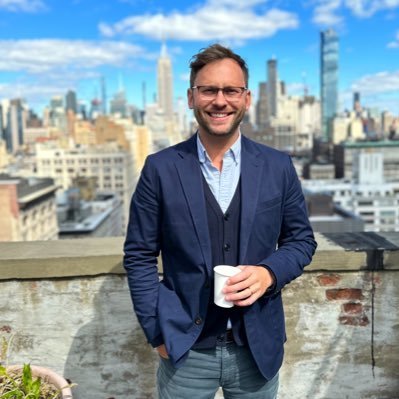 WASHINGTON, DC (ANI) – The US Chamber of Commerce has announced a new leadership team to oversee its operations in New Delhi with Alexander Slater to serve as Managing Director of the US-India Business Council (USIBC) and Shreerupa Mitra will serve as the Deputy Managing Director.

The appointments come into effect from January 3. The US Chamber of Commerce said that Ambika Sharma, USIBC’s current Managing Director, will move to a new role as Principal Advisor to USIBC President Atul Keshap.

Slater, a globally recognized expert in law, economics, and business, has served as USIBC’s Deputy Managing Director in New Delhi since December 2019. He has managed the day-to-day operations of its India-based team and led its financial services, tax, and real estate vertical to new heights.

Mitra has served as USIBC’s Senior Advisor in New Delhi since September 2022 and is a respected veteran of policy and government.

“We’re ecstatic to have two policy innovators – Alexander Slater and Shreerupa Mitra – serve USIBC’s new India leadership team. Their deep expertise and substantial global networks across the public and private sectors in the United States and India will power our organization to even greater heights and serve our over two-hundred member companies well. I’m also looking forward to continuing to receive wise counsel and strategic advice from Ambika Sharma, who has been a pillar of our organization during her distinguished tenure as Managing Director during a time of significant growth,” Keshap said.

Slater said, “Having lived in India for the last three years, it holds a most special place in my heart. When I first came here 20 years ago, I never imagined that I would marry into an Indian family, and that our son would be born here. I am truly honored to have the opportunity to help our member companies expand and advance the burgeoning strategic partnership between two countries I love so much.”

Sharma said she is thrilled to be assuming a new position at USIBC.

Nisha Biswal, Senior Vice President for International Strategy and Global Initiatives at the U.S. Chamber of Commerce, said Ambika, Alexander, and Shreerupa have been “colleagues and friends of mine for years” and, “Both at USIBC and beyond, I’ve relied heavily on their wisdom, creativity, and hard work to tackle tough challenges. They have been tireless advocates for the U.S.-India relationship and made significant contributions to its continuing strength and vitality. With this transition, USIBC goes from strength to strength in support of our members.”

The Chamber of Commerce is the world’s largest business organization representing companies of all sizes across every sector of the economy.

Formed at the behest of the US and Indian governments in 1975, USIBC has represented top global companies operating across the US, India, and the Indo-Pacific for the past 48 years.